Vancouver Mayor Gregor Robertson is calling on the province to increase its property-transfer tax on the most expensive properties and invest the proceeds into affordable housing.

He makes the pitch in a newly disclosed letter to B.C. Premier Christy Clark, where he also asks the province to give municipalities more power to track property ownership and ensure the timely occupancy of vacant units.

But the letter's arguments for two new approaches to housing affordability – the increase in the property-transfer tax and the property ownership tracking – bring attention to a key issue in the city.

"While the boom in housing prices benefits those fortunate to buy into the market many years ago, it is creating an enormous disparity that threatens our ability to keep and attract the best and brightest," Mr. Robertson writes.

"The City of Vancouver would welcome urgent discussions with your government to create the housing that our residents deserve as well as steps to create a fairer playing field when it comes to buying a home," he writes.

"Premier, I believe that these measures would help moderate the excesses of the Vancouver housing market without unfairly punishing those who have built up home equity through hard work and personal savings," he adds.

The mayor's letter did not recommend a specific figure for the property tax increase.

The property-transfer tax, which dates back to 1987, is payable upon purchase or gaining interest in a property registered at the Land Title Office. It is calculated at a rate of 1 per cent of the first $200,000 and 2 per cent of the value over $200,000.

In February, Ms. Clark said the tax was a "drag" on the B.C. economy that she would like to eventually eliminate. However, she noted it raises a billion dollars a year and getting rid of it would throw the budget off balance.

The Premier's office did not make Ms. Clark available for comment on Wednesday, but pointed to her remarks last week at the B.C. legislature.

Ms. Clark said she and her government are acutely aware of the issue of housing affordability in the Vancouver region and elsewhere in the province and are considering their options for dealing with it. "We are giving that some very serious thought and putting some hard work into working our way through that. I'd ask the member to make sure that he stays tuned," Ms. Clark said.

However, the Premier told the estimates debate she was concerned about making sure that any changes don't have "unintended consequences" that "clobber" people, especially those with homes in Vancouver.

"We want to make sure that whatever measure we're able to take is one that's fair and is one that respects the fact that people who have invested in their homes – many of whom will already have large mortgages – don't see the government, without meaning to, take away some of their equity," she said.

David Eby, the B.C. NDP housing critic, said Wednesday he welcomed the assertive push by Mr. Robertson on the issue.

"I hope the Premier takes his concerns seriously," he said in an interview. "From my perspective, it's a crisis given the concern I am hearing from people moving out of the city because they can't afford to live and work here. The time is long overdue for government action."

Speculating about a tax on Vancouver real estate speculation
May 25, 2015 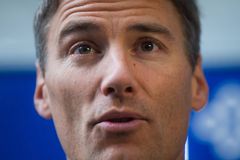 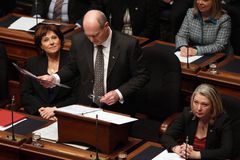 To control property prices in B.C. Robertson calls for housing spec tax
May 24, 2015 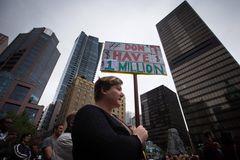