When he was elected two years ago, Mayor Gregor Robertson pledged to end street homelessness in Vancouver by 2015. But the city's own projections show there will still be nearly 500 people who need housing and support that year, with no place to go.

And that will rise to 1,200 by 2020 unless the city is successful in persuading provincial politicians to continue pouring money into low-cost housing on top of the hundreds of millions they've invested in the past four years, Vancouver officials say. It will take a quarter-billion in construction dollars from the province, plus millions in free land from the city, to close that gap.

"We will not solve street homelessness by 2015 unless we can find a way to bring on housing for 450 people," said city manager Penny Ballem, as she presented a comprehensive update on all of the city's recent housing initiatives.

Mr. Robertson said the city will have to make extraordinary efforts to do that. "We need to move heaven and earth to put [city]land on the table for the provincial and federal government," he said.

The report showed the city is expecting to have 1,640 housing units aimed at people currently living in shelters or on the street to open in the next three years. Most, though not all, of those units will be in 14 new social-housing buildings funded by the province in the last two years.

That's because there's still a steady stream of people who come out of jails, foster homes, mental-health facilities and elsewhere every year and end up homeless.

Dr. Ballem said people are sent out of foster care with a taxi chit and no comprehensive support plan; people leaving jail also get no help. "Those people are moving onto our streets," she said.

She said the city, which is already spending $28-million a year on homelessness through police, fire and other departments, needs to set precise goals to prevent another wave of homelessness from swamping the city.

Among those goals: providing another 12 to 15 sites for new social housing; lobbying for an urgent-response centre so police have somewhere to take people in trouble besides emergency wards; and maintaining an overall plan to create housing for renters, so that they aren't adding to the pressures on the lowest-cost housing.

She said the city has been showing signs of progress and can continue to make improvements. "This is not a hopeless situation," Dr. Ballem said.

But only 400 of those people were sleeping on the street in that count, compared to 800 the year before, because of intensive city and provincial efforts to open new shelters.

On other fronts, the report showed the city expects to have created 1,100 new rental units through its sometimes-controversial experiment in giving developers breaks on parking, fees or density to entice them into building rentals. As well, thanks to recent zoning changes, the city will have 200 new laneway houses by the end of the year.

Those two initiatives are aimed mainly at the middle-income group of the city's more than 300,000 renters.

But staff said the city needs to create 1,500 rental units a year for the next 10 years to accommodate a group of residents who account for about 52 per cent of the population - the highest percentage of renters of any Canadian city next to Montreal. 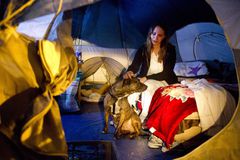 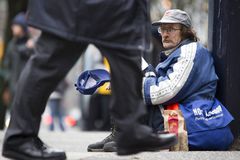 Building a better future, one coffee at a time
January 4, 2011 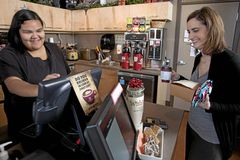 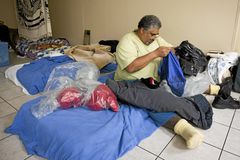 Vancouver's homeless to get a home of their own
December 20, 2010
Follow Frances Bula on Twitter @fabulavancouver
Report an error Editorial code of conduct
Due to technical reasons, we have temporarily removed commenting from our articles. We hope to have this fixed soon. Thank you for your patience. If you are looking to give feedback on our new site, please send it along to feedback@globeandmail.com. If you want to write a letter to the editor, please forward to letters@globeandmail.com.
Comments