When dynamic police Detective Angie Flynn of the made-in-Vancouver TV series Motive goes to the Strathcona neighbourhood, no character in the show would be shy about calling the area by its name – a rare thing for a TV series shot in Canada's third-largest city.

"If we're filming in Strathcona, we call it Strathcona," says executive producer Dennis Heaton, also a writer and showrunner for the series, which has aired on ABC in the United States. "The city plays itself."

TransLink buses are TransLink buses and not disguised as transit from Seattle, Portland, New York or some of the other cities Vancouver plays in TV pilots and series, which generate about $650-million in annual TV production spending in the province.

The CTV series starring Kristin Lehman as Det. Flynn stands out among B.C.-shot series for embracing its setting – the only one of 17 ongoing dramatic series in production to do so. (The science-fiction series Continuum, also set in Vancouver, is in limbo as talks proceed on a financial formula to allow it to continue in a fourth season.)

It's not that B.C. doesn't work as a setting for dramatic TV. The history of such series includes The Beachcombers, Neon Rider, Edgemont, Da Vinci's Inquest and Da Vinci's City Hall.

But as the industry gathers this week at the Vancouver International Film Festival to reflect on the state of its union, one key speaker at an industry panel said it may not be a bad idea for would-be series creators to embrace and tout their British Columbian-ness. B.C.-set series can be the key to unlocking funding and support from global broadcasters eager for product.

"Now, more than ever, buyers from around the world are open to content from other cultures and other countries," said John Morayniss, chief executive officer of the Entertainment One television company, which invests in, produces and distributes such series as Hell on Wheels and Rookie Blue. "We, as Canadians, have this great opportunity now to create programming that ultimately could be a hit that will work in the U.S. even if it has a Canadian sensibility, will work in Europe even if it has a Canadian sensibility as long as it resonates and has a universal sensibility – and is good."

That, to Mr. Morayniss, includes series set in B.C. that are pitched for financing and sale.

"It's more about the show itself and the story and the characters and whether that resonates," he said. "If B.C. as a setting or Vancouver or wherever the show is set is relevant to the storytelling and relevant to the characters and helps move the story forward, that specificity of setting will be helpful. If not, if it's just, 'We want to showcase B.C,' but it doesn't necessarily connect to or relate to or propel a story forward, then that lack of relevancy will impact, ultimately, the success of the show."

He developed a show that has yet to make it to air called The Undertaker, about a Kelowna, B.C., mortician who solves mysteries in his spare time. "As I started to write it, it was like, 'This needs to be set in Kelowna,'" said the Vancouver native. "There was a tone to this show like, 'Kelowna is the perfect place to set this show.'"

Simon Barry has been shooting his Vancouver-set series Continuum in the city since 2012. The show, which has aired on Showcase and in broadcast markets around the world, is about a police officer from 2077-era Vancouver, who travels back in time to the present day chasing criminals from her era who have made the same trip.

He said one of the reasons he chose Vancouver is for its specificity – he wanted a setting that allowed him to develop a future history of a particular city. He assumed his funding partners would compel him to set it in a generic city or elsewhere. "That never happened," he said.

Mr. Barry is now developing further series. "I've really got no reason not to set any of them in Vancouver save for the ones that are actually set in other places for story purposes," he said. "I like the idea that I could do a series of shows that are all set in Vancouver but very different."

Both Mr. Heaton and Mr. Barry are big fans of Da Vinci's Inquest and Da Vinci's City Hall. The first series from Chris Haddock featured actor Nicholas Campbell as a crusading coroner, who eventually becomes Vancouver mayor in the second. Both aired on CBC.

In an interview, Mr. Haddock said the public broadcaster was receptive to his Inquest proposal.

"It wasn't as if it was a hard sell," he said. "It was always going to be Vancouver. I just saw that it was rich and possible. I knew a lot about Vancouver. I just felt comfortable knowing the city and that I could explore it."

Mr. Haddock said it was a pleasure to shoot the Downtown Eastside – capturing it on film in a period from the mid-1990s to about 2006, a time before substantial development in the neighbourhood. He also enjoyed filming Hastings Racetrack and Vancouver's beaches and harbour. 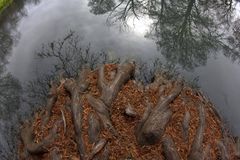 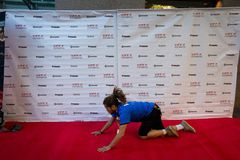 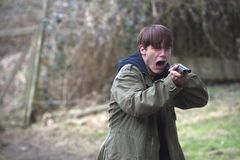 VIFF apologizes after dozens of ticket holders turned away
September 30, 2014 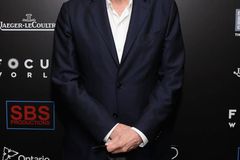