Some Vancouver police officers may be wearing cameras next year to record their interactions with the public as part of a pilot project to see whether the hi-tech tool should become routine.

The use of so-called body-worn video systems will be considered by the Vancouver Police Board Tuesday. The idea would be to run the pilot in 2014.

By considering the possibility, Vancouver is following Victoria, Calgary, Toronto, Ottawa and Edmonton, which have all taken a look at such equipment. Of all of those cities, only Calgary has committed to the cameras as a policing protocol.

Chief Constable Jim Chu is submitting a report to the Vancouver Police Board that says the benefits of body-worn cameras are transparency in policing, reduced confrontations with the public, as people are mindful they are being recorded, and more-accurate evidence.

"When an incident occurs and the facts of the case are disputed by police officers and suspects, the camera provides another set of facts, which may aid in determining what actually occurred," said the report.

Neil Boyd, the director of the School of Criminology at Simon Fraser University, suggested the VPD should move briskly to embrace the technology.

"It puts Vancouver police ahead of the curve in terms of stepping up and being willing to enhance accountability," Mr. Boyd said in an interview on Monday. "I see it as something that should be very seriously considered."

Tom Stamatakis, president of the Vancouver Police Union, said he was not familiar with details of the proposal before the police board, but that he also supports the idea because it would catch the "true story" of police-public contacts.

The report says four VPD members looked at the issue in November, 2012, meeting product vendors and representatives of police departments now using the systems. They had particular help from the Edmonton Police Service and the Albuquerque Police Department. They also relied on documentation from a pilot project in Victoria that concluded in 2009.

"Overall, the team found that there are numerous benefits related to the use of body-worn video; however, many of these benefits will likely result in costs to set up and maintain the BWV system," said the four-page report.

The downside of the technology are costs for transcribing video material for court purposes, and civil-liberties concerns such as what to do with footage taken in a private dwelling after the initial matter that prompted the police call is resolved.

"While many agencies have differing views on how to handle such a situation, it is possible with some video management products to limit who is able to view video so an unrelated investigator could not view the video until a search warrant was granted."

But the report quotes an assessment by the American Civil Liberties Union released last month in pinpointing a key challenge in managing body cameras. The ACLU noted "the challenge of on-officer cameras is the tension between their potential to invade privacy and their strong benefit in promoting police accountability." The ACLU calls for "strong policies" to balance competing interests. 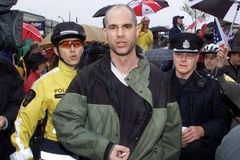 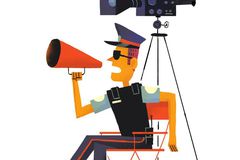 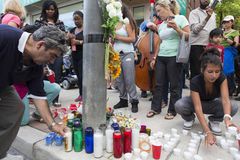 The police must learn to de-escalate
August 2, 2013 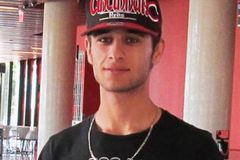 new
Witnesses to crimes have no obligation to hand cameras to police
August 2, 2013 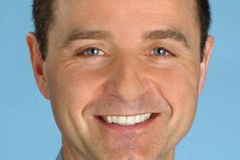