Morris Bates worked for the Vancouver Police and Native Liaison Society, an organization that was connected to the force and had an office in the department's detachment in the city's Downtown Eastside.

Mr. Bates and his boss, society director Freda Ens, told the inquiry about the challenges they faced when they attempted to help families file missing-person reports for drug-addicted women, many aboriginal, from the blighted community.

Mr. Bates recalled one case in particular involving Elsie Sebastian, who was last seen in 1992. Ms. Sebastian's family attempted to report her missing in 1993, 1994 and 1999, but were unable to file a formal report until they tried yet again in 2001.

Her daughter, Donalee Sebastian, testified last fall that the family faced resistance from police officials, who were quick to conclude she wasn't actually missing. She recalled a conversation with Mr. Bates in 1999 in which Mr. Bates told her she wouldn't have much luck persuading the Vancouver police to launch a full investigation into her mother's disappearance.

"Do you recall suggesting to her that her mother's race, being aboriginal, would affect the VPD's willingness to look for her?" asked Neil Chantler, a lawyer representing the families of more than two dozen missing and murdered women, including Ms. Sebastian.

"I probably would have said that," replied Mr. Bates.

"And you believed that to be true at the time?" asked Mr. Chantler.

"And what about the fact that she was drug-addicted and that would affect the VPD's willingness to look for her? Is that something you recall saying to Donalee Sebastian?" asked Mr. Chantler.

Ms. Sebastian was never connected to the Pickton farm, but she was included in the Vancouver Police Department's investigation into missing sex workers. Her disappearance remains unsolved.

The inquiry has heard the Sebastian family's first contact with police was in 1993, when Elsie Sebastian's mother filed a missing-person report. The file was closed later that year.

Ms. Sebastian's brother tried again in 1994. When a civilian clerk at the missing-person unit refused to take the report, he and Ann Livingston, an advocate for Downtown Eastside drug users, ended up at the native liaison office. He was later told that Ms. Sebastian had been seen at Oppenheimer Park in the Downtown Eastside, and the file was closed.

Donalee Sebastian attempted to contact the Vancouver police again in 1999 when she had a child and wanted to track down her mother to tell her the news. That's when she spoke with Mr. Bates.

The inquiry has heard accusations that the VPD was indifferent to reports of missing women from the Downtown Eastside because they involved drug-addicted sex workers, including many aboriginals.

Many of those accusations involve a civilian clerk in the missing-persons unit named Sandy Cameron, who families have accused of ignoring their attempts to report the women missing and of being racist and belligerent.

The VPD has admitted it failed to do enough to investigate reports of missing sex workers and evidence that Mr. Pickton was responsible, but the force has denied that racism or bias toward sex workers played any part in its failures. It has suggested the clerk's attitude toward the missing women did not reflect the force as a whole.

The native liaison office's primarily role was to perform outreach with the aboriginal community and refer them to the police force or social service agencies, but they would also encounter members of the public attempting to report crimes directly.

In some instances, those reports would be handled by two police constables who worked out of the native liaison office, while in others they would be referred directly to other units within the department.

Mr. Bates said he would often help people look for missing family members, particularly in cases where the missing-person unit refused to take a report, but he said that was seen as a "last resort," because no one in the native liaison office had any experience or training in missing person investigations.

"You would agree with me that your office and the services of your officer weren't in any way meant to replace the missing person unit," Mr. Chantler said.

Mr. Pickton was finally arrested in 2002, when RCMP officers executed an unrelated warrant for illegal firearms.

The remains or DNA of 33 women were later found on his farm, though he was only convicted of six counts of second-degree murder.

He once told an undercover police officer that he killed a total of 49 women.

Oppal wants input from his critics on Pickton report
April 2, 2012 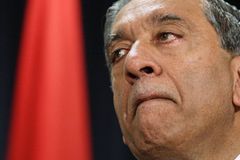 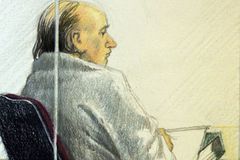 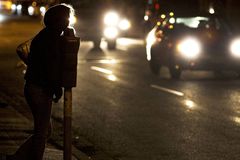 Pickton inquiry to be put on hold until first nations lawyer replaced
March 12, 2012 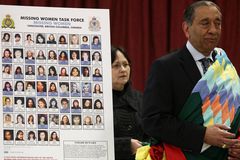 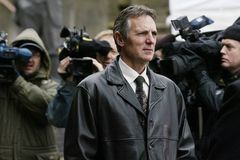