The city of Vancouver played a far more significant role in the federal government's decision to sell Japanese-Canadian-owned property during the Second World War than previously thought, says a Victoria professor.

Jordan Stanger-Ross, an associate professor in the University of Victoria's history department and director of the Landscapes of Injustice project, said in an interview Tuesday that newly uncovered documents show Vancouver deliberately mischaracterized a Japanese-Canadian neighbourhood as a slum.

"This argument that the properties were slum properties, even though it was a mischaracterization of the vast majority of Japanese-Canadian-owned homes, became an important line of argument," he said.

"… Federal officials took this notion of a slum, talked about it a lot, explored it in their discussions, and even in walking tours of the East End. And rather than undertaking a slum clearance, instead they declared that a slum property tended to diminish in value over time, and that therefore it was in the interest of the owners for the property to be sold. This was not what town planners in the city had intended, but it became an argument that was used to justify forced sales."

More than 20,000 Japanese-Canadians living in British Columbia were forced from their homes due to "military necessity" after Japan entered the Second World War.

The federal government apologized for the internment of Japanese-Canadians in 1988 and offered compensation. The city of Vancouver apologized in 2013 for "its complicity, its inaction, and for failing to protect her residents of Japanese descent."

Prof. Stanger-Ross said approximately 1,700 parcels of B.C. real estate were forcibly sold in all. He said the number in Vancouver is believed to be in the range of 500 or 600.

Vancouver's role in the decision to sell the properties was found in federal archive documents, he said, and correspondence between federal officials highlights the importance of Vancouver's slum designation. An article about Prof. Stanger-Ross's findings is to be published later this year in the Journal of Planning History. The Landscapes of Injustice is a federally funded research project that involves several universities, though it is led by Victoria.

Vivian Rygnestad, community council chair for the Landscapes of Injustice project, said its findings are important. Ms. Rygnestad, whose mother was at an internment camp in Vancouver's Hastings Park, said she would like for the city's role to serve as a teaching moment.

Ms. Rygnestad said she does not believe compensation is necessary in this instance, nor does the city need to apologize again.

"There is that question of, 'Do we expect the city or anybody to keep apologizing any time new research comes out?' Personally, I don't think that's the remedy," she said.

Kerry Jang, a Vancouver city councillor, said he met with project members last week and is considering next steps. Dr. Jang said he still has to talk to city staff, but one possibility might be to have information about the homes that were sold in the heritage registry. Another might be to place brass plaques at homes that were sold, he said.

Dr. Jang said he does not believe the city needs to reissue the apology, since it encapsulated the entire affair.

"Every time we talked about the apology for the internment, we also talked about, in the same breath, the loss of properties," he said in an interview. "… It was to really acknowledge the role, always, that the city played directly and indirectly in the internment of Canadians." 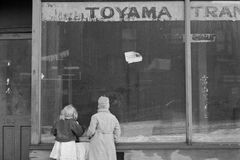 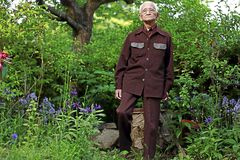 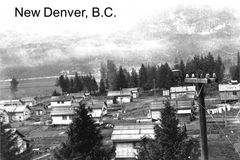