The only agency in Vancouver dedicated to helping women leave prostitution will be forced to close its doors this spring as a result of the "Wal-Martization" of the B.C. government's employment programs, says the executive director of PEERS Vancouver.

The provincial government is in the process of revamping its employment programs to provide accessible one-stop centres to move people from training to jobs as quickly as possible. The new centres are expected to replace numerous non-profit groups in communities across the province.

PEERS Vancouver has been urged to join a consortium that will bid for a government contract, Ty Mistry said in an interview Monday. But staff at the 10-year-old agency decided the government's new system would not work for the community they serve.

Ms. Mistry characterized the changes as "the Wal-Martization of employment service."

Once Wal-Mart moves in, all the unique, specialized stores that were doing really well disappear, Ms. Mistry said. "But this will not help people who have special needs," she said.

"The sex trade is a lifestyle," she added. A prostitute trying to quit the sex trade is not like a barista who hates their job, she said. "It is not just a career change. … sex workers have to unlearn everything they learned and then relearn new ways of living."

The government defines success as immediate employment upon graduation from a training program, she said. "For us, an outcome is someone exiting, so they do not have to, if they do not want to, engage in sex work to get their basic needs," she said. They may still be on disability payments or income assistance as they begin to work on a resume or start to figure out where they fit into the labour market, she said.

PEERS has been told that the new employment programs will focus on an individual's strengths, rather than the barriers to employment. "That is fine for people who have skills," Ms. Mistry said. "But what about people who have been in the sex trade for 20 years? … Am I supposed to ask them what are your strengths?"

The decision to close its doors comes as a government-appointed inquiry focuses on the police investigation of the serial killing of prostitutes from 1997 to 2002 in Vancouver's Downtown Eastside. Also, Vancouver city staff earlier this fall drew attention to the inadequate resources to help individuals exit sex work.

A city report on preventing sexual exploitation included two proposals: Use city grants to leverage an increase in support from federal and provincial governments, and open up the city's employment program to those leaving prostitution.

Vancouver is concerned about PEERS closing its doors, Mary Clare Zak, the city's director of social policy, said in an interview. "PEERS provides a critical service around exiting for people involved in sex work and want to exit. … We're monitoring changes to see what the impact will be," she said.

Stephanie Cadieux, B.C. Minister of Social Development, said she was not concerned about PEERS decision to close. If PEERS does not want to participate, another group will provide the services, she said.

"The focus of the [employment]program is to help people, and provide the support and services they need, including specialized needs, to get back into the workforce, and to do that as quickly as possible," Ms. Cadieux said.

"For women who want to change what they are doing and get assistance from the government in doing that, that service will be provided," she said, adding that the ministry will monitor the changes to ensure those who need the services will receive them.

Ms. Mistry said PEERS decided to close once its current six-month program concludes on March 31. The program provides courses on life skills, job-searching techniques and interview skills. The provincial government gave PEERS funding of $300,000 this year; the city of Vancouver provided $43,000. Around $100,000 was raised from other donors. About 250 women and men have been helped out by PEERS in the past year, Ms. Mistry estimated.

Prostitutes' only relief, inquiry hears, is self-medication with drugs
May 3, 2018 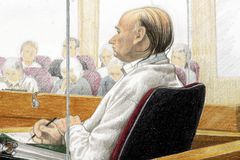 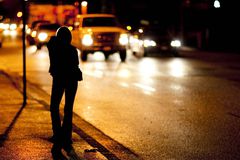