A B.C. Supreme Court judge has ruled that the City of Vancouver is liable for damages because it deliberately delayed an application to demolish a historic house in the exclusive Shaughnessy neighbourhood until it had passed controversial heritage-protection rules.

It appears to have done that in order to avoid paying compensation for loss of property value because of the new rules, Justice Catherine Murray ruled.

Justice Murray said the city will have to pay the owners of the 1913 Walkem House damages for economic loss, but she didn't specify what the amount will be.

"The city was negligent as it acted in bad faith and failed to conduct itself to the standard of a reasonably competent municipality when dealing with the plaintiffs' application," was Justice Murray's conclusion after hearing about the efforts of the house's owners to get a development-permit application for a new house over several years.

Zheqiang Wu and Binxia Cao bought the house in December, 2011, for $4.65-million, after getting an architect to check with the city on its heritage value. Loy Leyland determined that the Walkem House, divided into five apartments in its recent years, was not designated as a heritage building.

"The plaintiffs understood that the city might encourage them to retain the house, but if they did not wish to do so, the city would have to designate it as heritage to prevent them from demolishing it," Justice Murray wrote in describing the chronology of the case. "The plaintiffs also understood that if the city did the latter, it would be required to compensate them," according to provisions of the Vancouver Charter.

By May, 2012, city staff had determined the building had heritage merit and should be put on a list of designated properties, but it never officially moved to do that.

For the next two years, city staff continued to press the owners to consider retaining the house, which they repeatedly said they wouldn't want to do.

City planners also required that they provide a statement of significance about the house's history, even though they had made it clear they did consider it to have heritage merit.

They also required that one of the consultants for that statement be heritage expert Donald Luxton, even though Mr. Luxton had already written to the city as a representative of Heritage Vancouver advocating retention.

"They knew [Mr. Luxton] was not independent or objective as he had written a letter to the city, to the very people involved in dealing with the plaintiffs' application, against the plaintiffs' plans," the judge wrote.

In the meantime, the city had issued a 120-day protection order from demolition in December, 2013.

Finally, in September, 2015, the city passed a new bylaw declaring Shaughnessy a protected heritage zone for all houses built before 1940, a bylaw that exempted the city from having to pay compensation to owners for any loss in property value as a result.

That new bylaw generated controversy among Shaughnessy residents, with some welcoming the move to preserve the approximately 400 pre-1940s houses in the area, while others argued that it took away their property rights.

The owners of the Walkem House still hadn't received anything from the city by that point saying either that the development permit was denied because the house was a heritage property or that it was being approved.

"The only rational conclusion for the actions of the city is that they wanted to delay the application until the new legislation was passed that designated all of First Shaughnessy District a protected heritage zone, thereby avoiding the required compensation," Justice Murray wrote.

The city issued a brief statement that said it was "disappointed" with the ruling and was considering whether to appeal.

City staff and lawyers had argued in the case that the application was incomplete and that it had lapsed over the years, but the judge dismissed those as not credible.

There was no response to requests for comment from the city, the plaintiffs' lawyer, Mr. Luxton, the Vancouver Heritage Foundation or the Shaughnessy Heights Property Owners' Association. 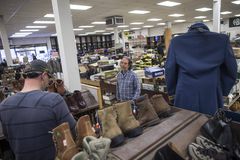