Vancouver-region mayors are at the forefront of a new proposal to use tax incentives to encourage food retailers, suppliers and retailers to donate unsold, edible food to low-income people in need of food in Canada's cities.

The idea advanced by the National Zero Waste Council – a Metro Vancouver waste-reduction entity founded in 2013 and associated with the Federation of Canadian Municipalities – would be to reduce waste costs for cities while also addressing urban hunger.

But it hinges on convincing prime-minister-designate Justin Trudeau and his government to make the necessary tax changes.

Figures gathered by the council suggest that up to 40 per cent of food produced – valued at $31-billion or 2 per cent of Canadian gross domestic product – ends up in landfill or compost and not nourishment. And this occurs as one in eight Canadians struggles to put food on the table.

To help the make the case, Burnaby City Council passed a motion in support of the idea this week with other municipalities such as Richmond ready to take similar measures in support of the idea. "We're in very early days," said Malcolm Brodie, mayor of Richmond and chair of the waste council. Vancouver Councillor Andrea Reimer, the council lead on waste issues, was unavailable for comment on Tuesday.

Mike Layton, a Toronto city councillor, has a motion on the issue that is to be released Wednesday for consideration of the council in Canada's largest city, a move likely to raise the profile of the idea. In an interview on Tuesday, he said he expected the motion would go to council next week.

"This isn't a silver bullet for our issues of food security for these families or for poverty reduction. There are other goals about good, well-paying jobs that need to be focused on," he said. "But we need to make sure, in this instance, that we're not sending perfectly good food to landfill."

"What the tax incentives would do is reward the businesses that are already doing that, and encourage other businesses to take it on," Mr. Corrigan said in an interview.

He said he expects the idea would go over well with the federal government. "It's one of the low-hanging fruit for government to be able to do positive things to make a difference environmentally and to make a difference in what is a serious problem in poverty and in health issues related to families that are living below the poverty line," he said.

"It's not an additional tax which is always the one that people are going to be reluctant to impose. It's a tax incentive. What is says is, 'You're going to get an incentive or you're going to get a reduction in your taxes or be able to expense some of the things you would do to encourage this.'"

For businesses, he said, it would create value in food they would otherwise dispose of.

"After more than 10 years of the Conservative government, there's a spirit of optimism out there that the new government of [Mr. Trudeau] will be more receptive to these progressive measures and that they will be looking at options."

Still, Mr. Brodie said work remains to fine-tune the specifics of the tax-incentive proposal. "The specific math has yet to be done," he conceded.

A report by the Conference Board of Canada on tax incentive options for charitable food donations says such incentives could be based on the measure or value of edible food being donated or linked with the frequency of food donations or transportation costs with making food donations, among other measures.

Mr. Brodie also said it isn't clear who will take the proposal to Mr. Trudeau or his cabinet. "We haven't addressed that specific question," he said. "We'll determine that at some point in the future." 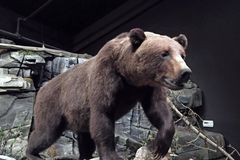