A young B.C. man whose life took a dark twist when he jumped into the fray of the Stanley Cup riot and looted cosmetics from a Vancouver department store wishes he could turn back the clock.

"But dwelling on something you cannot change is pointless," Robert Snelgrove said in an official apology letter submitted to B.C. provincial court on Monday.

"The best thing to do is realize how big a mistake you have made and try and fix it as best you can, and then take the opportunity to try and learn from it."

More than one year ago, just days after the June 15 riot, the 25-year-old turned himself into police for his criminal participation.

He admitted to stealing the goods from Sears and apologized in three separate media interviews for his behaviour.

He was not sentenced until last week, when a judge handed him five months house arrest and 150 hours of community service.

He is the third person to be sentenced and among 23 people who have entered guilty pleas. Some 113 cases remain outstanding, while Vancouver police predict upward of 300 people will eventually be charged.

Mr. Snelgrove made a brief appearance in court Monday, wearing a black dress shirt and slacks.

"It was never my intention to disgrace this city," Mr. Snelgrove wrote in his letter, adding he is deeply sorry for his behaviour.

"I sincerely hope that others who were involved in criminal activity on the night of the riot will also realize that the very best way to make amends to the people of this city is to take responsibility for your own actions."

Mr. Snelgrove, however, declined to read his letter to reporters outside court.

"He's taken responsibility, hopefully encouraged a lot of other people to take responsibility for their conduct," said his lawyer Chandra Corriveau, who spoke on the man's behalf.

She said he's been hounded by press over the past year and was unwilling to submit himself to further public attention.

"Mr. Snelgrove has probably been, I think, the poster boy for the riot," Ms. Corriveau said.

"Now he's had his punishment and he's ready to move on."

Mr. Snelgrove did not invite others to participate when he stole the makeup, and did not cause any property damage, Ms. Corriveau said.

There are certainly perpetrators of the riot who should be getting jail sentences, she said, but her client is not one of them.

"Mr. Snelgrove is simply at the low end of the spectrum," she said of the man's crime and sentence.

The two other men convicted of participating in the riot were each handed jail terms.

Ms. Corriveau said that after Mr. Snelgrove completes 50 hours of community service, he will likely return to court to ask for a reduction of the sentence.

Last week, the provincial court judge who sentenced Mr. Snelgrove tried to drop the number of hours the man had initially given. But Judge Gregory Rideout subsequently learned he was blocked from changing the sentence by long-standing legal rules.

Judge Rideout said he wanted rehabilitation to be a priority, and was concerned that so many outstanding cases could strain the overburdened corrections system.

Riot damage to hundreds of businesses and vehicles has been tallied at more than $3.4-million, while the investigation into the four-hour melee has cost police another $2-million.

Rioters flipped and torched cars, smashed and looted storefronts and assaulted bystanders in the downtown core after the Vancouver Canucks lost Game 7 of the Stanley Cup to the Boston Bruins. 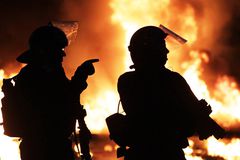 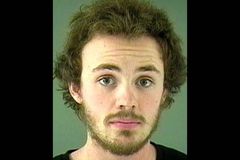 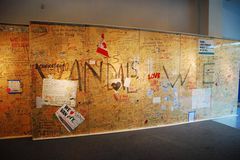 Livid about our lack of livability
July 6, 2012 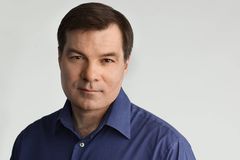