The woman who took over from the nine fired Vancouver school trustees says her role will be as more than a caretaker and that she and staff have the power to make major long-term decisions, including whether to close schools.

Dianne Turner said in an interview Monday she will not be waiting until after next May's provincial election to make decisions.

"I do think there are decisions that have to be made before the election in order to move forward," she said. "The piece about school closures – those conversations are going to happen when we're ready."

Sandra Mathison: Vancouver School Board firing is both political and partisan

Ms. Turner said she plans to review data, talk to staff and make plans accordingly. That includes moving to implement policies developed by the previous board, including potential decisions on school closings.

"The language in the School Act is fairly clear – which is, I am responsible for the governance of this district," she said.

She said she plans to meet with staff Nov. 21, later than originally planned, to give some time for senior staff to return to work after six booked off on leave, many for medical reasons.

"That's a problem for me, because I wanted to get going on a board meeting as quickly as I could – but you can't have a board meeting without the superintendent and secretary-treasurer present," Ms. Turner said Monday.

Ms. Turner said she would take steps to keep stakeholders involved in the meantime, including meeting with parent advisory and teachers groups and potentially sending a newsletter to parents.

She may also hire some additional staff to help oversee school operations, allowing her to focus on governance concerns.

The staff leaves are part of a web of concerns shadowing the school board, including the recent firing of all nine elected trustees and allegations of workplace bullying.

Those allegations, raised in a September letter to the province from the president of the B.C. School Superintendents Association, are under investigation by WorkSafeBC.

In addition, the province in July named a special adviser to audit the finances and governance of the VSB. That report is complete but has not yet been publicly released.

The board firings capped months of tension between the former board – consisting of four trustees from the Vision Vancouver party, four from the Non-Partisan Association and one from the Green Party – and the provincial government over issues including education funding, school closings and seismic upgrades.

Earlier this year, the VSB launched a process to close up to a dozen schools, subsequently trimmed to 11, starting on June 30, 2017.

The board put that process on hold in September after the province scrapped capacity utilization targets – a measure of how much of a school is being used – saying the targets had become a source of confusion.

In Vancouver, the targets had been directly linked to seismic upgrades – renovations designed to make schools safer in case an earthquake strikes – through a 2014 agreement between the board and the province. In that agreement, the board agreed to work toward a district-wide 95-per-cent capacity target in exchange for the province setting up an office to streamline seismic projects.

Critics have decried the pace of upgrades, saying the work is taking years longer than projected and that children are at risk as a result.

In a September update, the province said 224 projects are completed or in progress, leaving 118 schools still to be addressed. Many of those remaining schools are in Vancouver.

Ms. Turner said she hoped to make a good case for work to proceed quickly.

School board staff on leave

As the sole trustee for the Vancouver School Board, Dianne Turner says she wants to ensure a safe, respectful working environment and work closely with senior management staff.

First, those staff would have to come back to work. In late September, several senior staff members went on leave, adding to uncertainty for trustees and playing a role in Education Minister Mike Bernier's decision to fire the board.

In keeping with privacy regulations, the board has not provided any information about employees' health or reasons for going on leave.

The departures have left big holes in the VSB's management structure. Off on leave are:

Scott Robinson, superintendent: Appointed on March 1, 2015, after a national search, Mr. Robinson worked as an associate superintendent with the VSB for several years before being hired as superintendent. In an interview shortly after he was hired last year, he told the Vancouver Sun, "Previous boards have spent the majority of the last 10 years trying to reduce expenditures and increase revenue and I'm concerned that there just isn't a lot left to cut."

Russell Horswill, secretary-treasurer: Mr. Horswill joined the VSB this year after about four years in the same role with the Comox Valley School District.

Of the remaining four staff members, two are on leaves that were planned in advance.

In the wake of the departures, the board hired two veteran administrators to fill the gap. But they, too, are gone; they left after the former board was fired. They were:

Steve Cardwell, former acting superintendent: Dr. Cardwell was VSB superintendent from 2010 to 2015, when he left to become director of executive educational leadership at the University of British Columbia. A veteran educator with more than 30 years of experience, he was tapped to bring stability through what former chair Mike Lombardi described as "very challenging times" for the board.

Rick Krowchuk, former acting secretary treasurer: Mr. Krowchuk was secretary-treasurer for more than a decade before retiring in 2015. In 2014, he told the Metro newspaper that, "I've been here since 2002 and it's been a [budget] shortfall every year except one." Mr. Krowchuk previously held senior roles with the Treasury Board, the Ministry of Finance and B.C. Transit. 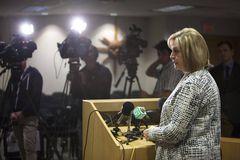 No Vancouver schools planned for closing as focus shifts to budget, staff
October 18, 2016
Mike Bernier, Mike Lombardi and little mourning for the Vancouver School Board
October 21, 2016 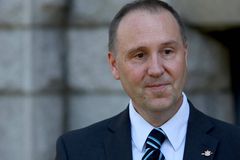 Conflict hits breaking point as B.C. fires Vancouver School Board trustees
October 17, 2016
Follow Wendy Stueck on Twitter @wendy_stueck
Report an error Editorial code of conduct
Due to technical reasons, we have temporarily removed commenting from our articles. We hope to have this fixed soon. Thank you for your patience. If you are looking to give feedback on our new site, please send it along to feedback@globeandmail.com. If you want to write a letter to the editor, please forward to letters@globeandmail.com.
Comments