The Vancouver School Board is dropping subsidized lunch programs for a handful of elementary schools in gentrifying neighbourhoods to roll out free bag lunches for vulnerable children across the district.

The board is trying to target vulnerable children at every school as opposed to blanketing a select group of schools with increased funding and "hoping that we're meeting the mandate of those children," according to spokesman Kurt Heinrich.

"A school that was approved for subsidy five years ago, and might have had a high percentage of vulnerable children in it, five years later we're seeing that school no longer profiling," Mr. Heinrich said. "We have to say 'our hungry children aren't in that school in the same proportion any more' – that's what's happening here."

Every five years the VSB reviews the distribution of funds for its schools serving the highest percentage of vulnerable students. Before last year's review, the board was subsidizing lunches at 19 schools – many of which are in the inner city – which meant that parents were asked to pay only what they could, if they could, for their children's food each month. Another seven schools, mostly on the city's richer west side, were operating full-pay lunch programs. After last year's review of its poorest schools, only 15 schools are now scheduled to receive subsidized universal lunch programs next year due to the "considerable demographic shifts" the city experienced in the preceding five years.

Principal Darren Mitzel said his school will offer its students a lunch program next year only if at least 125 of its families agree to pay the full amount, rather than the "pay-what-you-can model" that's in place now. Mr. Heinrich said the board needs about 125 families to agree to pay for the lunch program each month to pay for staffing and preparing lunches, which takes about four hours each day.

Mr. Mitzel said he is about to survey the parents of his 318 students to see how many would be willing to pay the roughly $80 it would take each month to fund a hot-lunch program next school year.

He said he doesn't know what the "community's willingness is right now" for such a model, because under Livingstone's current subsidy system parents send their confidential payments to the school board each month for accounting. He added that his catchment area is "changing quite a bit" as it has been swept up in Vancouver's "gradual west-to-east movement" of families seeking homes outside of the unaffordable west side.

"The houses around here are very expensive, different families are moving in," Mr. Mitzel said. "People are just continuing to move east because the housing pricing here is pretty high."

School trustee Patti Bacchus said the board saw the need to redistribute the funding for subsidized lunches across the district after it became "a little more sophisticated," using a series of indicators that showed poverty was spreading into South Vancouver and other areas across the city.

"You'll see lots of families scattered all over the city living in different situations that are struggling," Ms. Bacchus said. "What came to our attention in the review is that we're missing a lot of kids.

"There's kids living in poverty all over the district who in some cases were getting no support."

Next school year, 15 schools will get varying levels of subsidies to provide free lunches, but vulnerable students at other schools across the city will discreetly receive free bag lunches delivered each day as part of a new "lunch-to-go" program, Ms. Bacchus added. 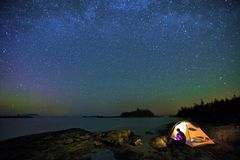 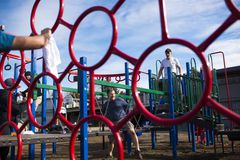 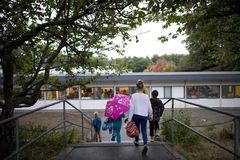 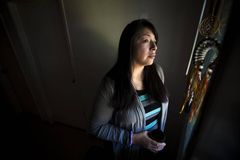