The Gain Wah restaurant in Vancouver's Chinatown is small and unremarkable from the outside, with its battered red canopy covered with yellow Chinese characters.

But Andrew Leung and his wife make their barbecue pork the old-fashioned way – marinated overnight. And they hand-cut the pork for their wontons, the way they've always done it at this restaurant since it opened in 1981.

The Gain Wah is the kind of business that Vancouver planners are looking at these days in an effort to figure out how to support and preserve what are being called "legacy" businesses, starting with Chinatown but eventually in other parts of the city.

Those are businesses that, as Bill Yuen from the Heritage Vancouver Society explained to a full house of interested locals at a city workshop on Friday night, "embody values regarded as important to how people view and experience their memory of an area."

The fate of those businesses, especially in Chinatown, has increasingly become a concern, as Vancouver real-estate prices soar and the demographics change around areas such as Chinatown, the Punjabi market and the once Italian-dominated Commercial Drive.

In Chinatown, in particular, where there is a lot of upheaval and change, community groups and businesses are concerned about preserving the character of the once-flourishing neighbourhood. For them, that means preserving not just buildings, but the bookstores, produce sellers, restaurants, herbal shops, housewares-supply stores and service offices that have been pillars of the area for years.

It's an issue that many cities in Canada and the United States are struggling with, as cherished businesses that symbolize the history of the city or neighbourhood fall to gentrification, development or the disappearance of ethnic enclaves.

But it's not simple to figure out exactly what a legacy business is and what the city can do to help preserve them.

A consultant hired by the city to work on the problem went down to San Francisco to study the legacy-business support program there.

It's not something Vancouver could or would copy, said Amy Robinson, who works for the consulting company LOCO BC.

For one thing, San Francisco gives a direct subsidy to businesses that it deems eligible. The Vancouver Charter, which lays out the city's powers, doesn't allow it to give money that way.

As well, Ms. Robinson said, the program sometimes ends up giving money to businesses that don't really need it.

Ms. Robinson hasn't made any recommendations yet about what the possible Vancouver solutions could be, although she did mention that the city could legally take on a program to do marketing and promotion for a whole area to benefit its legacy businesses.

For people who turned out to the workshop – and for business owners who didn't make it – there were no obvious answers.

Mr. Leung said what would help him most is to receive some financial assistance upgrading his kitchen and the building he rents. At 62, he is also struggling to find someone willing to take over so he can some day retire from a business that takes up his days from early morning to late at night almost every day of the week.

"If I can get everything in order, maybe I can find someone to come in," he said.

One non-Chinese business that Ms. Robinson looked at is Dayton Boots, which been making and selling boots at a building on East Hastings since 1948.

Co-owner Hall Risk said what would help him, and potentially others, is if the city had a policy of supporting legacy businesses by buying from them.

For people back at the workshop, there were mixed views about whether anything the city could do would work.

Melody Ma, one of many young second-generation Chinese-Canadians who have emerged in recent years to fight for Chinatown preservation, said she was optimistic about the workshop and city plans.

"It's definitely an encouraging sign. There are innovative ways we can work within the boundaries [of what the city can do.]"

But Albert Fok, who owns a herbal-medicine shop that was defined as a possible legacy business, said nothing will help save businesses if the city doesn't do something about its "skid row" – the stretch of Hastings Street that has been home to some of the city's poorest residents for decades.

"If you want to sustain the businesses, we have to factor in the reality. People are hesitant to come down here. The elephant in the room has always been skid row."

City planners will be presenting recommendations on possible actions to council later this year, but there is no definite timeline for that or any new program. 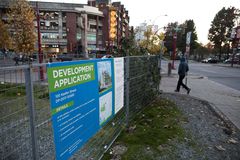 Opinion
Is Vancouver board’s rejection of Chinatown condo a disaster for development?
November 10, 2017 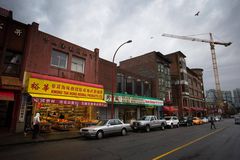 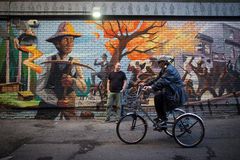