The combination of a tourism boom and an exceptionally hot season created the ideal conditions for litter to proliferate. It did, increasing in volume by almost 20 per cent, officials say.

Added to that, a new ban on organics in garbage prompted more people to leave bags of them in the alleys next to their regular bins, often broken open before the trucks arrive. More homeless people were digging through dumpsters, according to a councillor. And more garbage and recycling trucks were losing goop and litter in the heat as they drove through Vancouver.

Now, the city, which paid $8-million to pick up on-street litter in 2015, is looking at ways to reduce the numbers of paper coffee cups, takeout containers and plastic bags that constitute a large part of the problem.

But it is not looking at a ban.

"Other jurisdictions have tried it with limited success," says Albert Shamess, the city's director of waste management. "The ban becomes a knee-jerk reaction." And, he adds, the courts overturn them.

As well, the city would need provincial support to enact a ban. And that does not appear likely.

So instead, Mr. Shamess and city councillors say they want to work with litter producers and their customers to find ways to reduce the amounts or do a better job recycling them – or make someone pay the cost of dealing with them.

"It's easy to demonize these products. But these exist because the consumers want them," Councillor Andrea Reimer said. "But having the polluter pay has to be one of the upstream pressures. The cost of this shouldn't be spread across all the taxpayers."

One idea that city staff will explore in the next few months, after council endorsed a recommendation last week to look at options, is some kind of extra charge or requirement for companies that use a lot of single-use products, such as cups or bags, when they get a business licence.

The city's binners, who scour Vancouver for recyclables and have done a couple of paper-cup pilot projects, have suggested a deposit fee for cups, which city staff think is an interesting idea. All that has small businesses that use those products alarmed.

"Our industry is already feeling the death by a thousand cuts. This is an industry that is very competitive with very low margins," said Mark von Schellwitz, the western vice-president for Restaurants Canada.

Mr. von Schellwitz said many restaurants are already doing a lot to reduce the impact of takeout containers or paper cups. They provide recycling bins and try to educate customers about where to recycle elsewhere.

Many people still do not realize it, but paper cups can now go in residential or commercial bins designated for containers. (Because the paper is coated, it cannot go into paper recycling.)

"I don't think the public knows you can put them in the blue box," said Allen Langdon, the managing director of Multi-Material BC, the industry-funded non-profit that has been responsible for collecting packaging for all commercial products in residential garbage since early last year.

Clean plastic bags can also be dropped off at the region's six depots as part of the MMBC program.

But those new initiatives, while they are attracting more recyclable litter all the time, still do not solve all the problems.

People using popular public areas, from parks to downtown streets to seawall walks, often throw everything together into bins – or the ground. The volume of used containers has become so high city crews have to empty containers more frequently.

And many people still cling to their plastic grocery bags because they re-use them for all kinds of things, from litter-box cleaning to holding other garbage.

Greg Wilson, the director of government relations for the Retail Council of Canada, said stores would love to save money by eliminating bags, but customers want them.

Both he and Mr. von Schellwitz said they hope the city does not rush into anything.

One more measure the city is planning to combat the garbage tide – issuing municipal tickets for bad recycling practices (mainly for repeat offenders and high-volume users, not residents who put a banana peel in the wrong place), leaking loads and other garbage-related violations.

At the moment, the city has to take people to court to enforce fines. A ticketing system would be more efficient and less expensive, Mr. Shamess said. 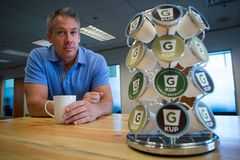 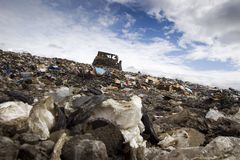 Vancouver cyclist dies after being hit by an object thrown from garbage bin
January 7, 2016 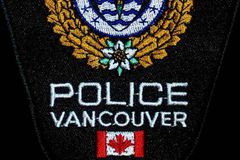