The number of homicides in Vancouver so far this year is at its highest point in nearly a decade, including a double murder for which the city's police force has now made an arrest but is still seeking a motive.

The city had single-digit homicide totals from 2012 to 2014. But that total has climbed into the double-digits in each of the past three years.

Edmonton has seen about 40 homicides so far in 2017, while Toronto has had more than 50.

Vancouver Police Chief Adam Palmer at a news conference on Wednesday said the department is concerned about an uptick in gang violence – although he stressed that was not an issue in the recent double murder.

"Right now, I think everybody knows when you look around the Lower Mainland there is higher incidence of gang violence going on right now and Vancouver's not immune from that. We are working on various projects with our partners from other police agencies in Metro Vancouver," he told reporters.

Chief Palmer said there were years in the 1990s in which Vancouver had more than 40 homicides.

"Having 17 homicides – while one homicide is too many – historically, if you look at the trends over many, many years, it's not that high of a number," he said.

The Lower Mainland has seen a spate of gang violence in recent months, although several of Vancouver's homicides do not fall into that category.

Robert Gordon, a criminology professor at Simon Fraser University, agreed the number of homicides in Vancouver is relatively low.

He said homicide totals can fluctuate from year to year.

"It's what's behind it that's important. It may just fall off really quickly next year," Prof. Gordon said in an interview.

Vancouver police this week announced an arrest in the September slayings of married couple Dianna Mah-Jones, 65, and Richard Jones, 68.

Ms. Mah-Jones was an occupational therapist who worked at Vancouver Coastal Health for 35 years. At the time of her death, the health authority described Ms. Mah-Jones as a much loved and well respected member of its family.

Chief Palmer said on Wednesday the relationship between the victims and the accused, if any, is unclear. He said there was nothing untoward in the victims' backgrounds.

He described the investigation as complex and said forensic testing played a major role in the arrest. He said more than 200 officers and civilian members worked on the case.

Chief Palmer also thanked the public, which he said provided numerous tips and more than 100 videos.

"I want to acknowledge that it can be frustrating for the public when weeks go by after a major crime occurs and a suspect is not arrested. Rest assured that in cases like this, our teams are working diligently behind the scenes and around the clock," he said.

"These investigations are challenging and they strain our resources and our people but know that our members are committed to doing what they need to do to find the suspects and keep Vancouver safe."

Chief Palmer said he hoped the arrest would bring relief for the friends and families of the victims.

He said police are still working to determine what was going through the mind of the accused.

"We don't know for sure what his motive is," he said, adding police were not aware of any criminal history or mental-health issues involving the accused.

Mr. Kam was born in Hong Kong and immigrated to Canada when he was a teenager. His family settled in Calgary and he had been in Vancouver since about July, Chief Palmer said. The chief said he was not aware of the accused having held a job.

Advocates partner with app to help vulnerable women in B.C. 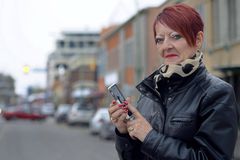 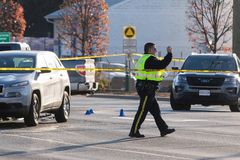 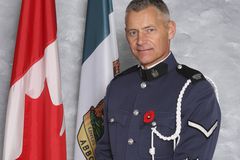