Frances Bula
VANCOUVER
Special to The Globe and Mail
Published January 7, 2013 Updated May 11, 2018

Vancouver is about to launch one of its most ambitious social-housing moves in decades – shifting almost 100 people from the crumbling downtown structure they now call home to a just-bought hotel far from the city centre.

The move is prompting community meetings in the neighbourhood around the former Ramada Hotel on Kingsway, as the residents there ponder the new arrivals.

But it is also forcing the 86 people now at the old Continental Hotel downtown, a deteriorating 1911 building that clings to the edge of the Granville Bridge, to consider whether they want to move to the new world of southeast Vancouver.

"I know the area. It's a nice area," said 48-year-old Chris Freeman, who has lived at the Continental for the past 18 months, after having a heart attack that left him disabled. "This is an old building. I'll probably be moving, if they can hook me up with a one bedroom."

Mr. Freeman, a former construction worker who helped build many of the towers that now dominate downtown Vancouver, said he feels like the area around the Continental is changing so much, it's probably time to get out.

Jennifer Standeven, Vancouver's assistant director of operations for social housing, said the city will find rooms in other downtown residences for anyone who doesn't want to leave the area.

The Continental is a former saloon and private hotel that has served as a city emergency shelter and social housing since 1970.

It's at the end of its life, say city staff, and it's in the middle of an area where the city is planning huge changes as it gets rid of the loops around the bridge.

The impending demolition is also part of a city mission to spread social housing around the city more evenly, away from its concentration downtown.

The city bought the Ramada for $15.5-million in the working-class neighbourhood of Renfrew-Collingwood last fall – a first for that southeast corner of the city.

The 123-room hotel will be accommodating not just tenants from the Continental, but also about three dozen temporary occupants from residential hotels run by BC Housing in the Downtown Eastside, as the province renovates those hotels.

The Continental, well-known to many Vancouverites because of the giant whale mural on its south wall that greets drivers coming into the downtown, is one of the last remnants of an old working-class neighbourhood.

Today, it's surrounded by towers, either under construction or newly finished.

Archie Swite said he's also likely to make the move, even though he's lived almost 18 years at the Continental.

"It's closer to the Salvation Army that has breakfasts," said Mr. Swite, a Merritt native who drifted to Vancouver 40 years ago.

But Garland, an elderly man with a cane who didn't want to give his last name, said he won't be going anywhere.

"All my doctors, everyone who's important to me, is in this area."

But Ms. Standeven thinks most of the Continental's residents will be relieved to get into decent-sized rooms with private bathrooms. The residents will also get a building where the elevator works consistently and the whole building isn't shaken by traffic on the bridge, which zooms by only inches from some of the windows.

City staff are taking tenants out for a tour of their possible new home this month and have been providing them with maps of the Kingsway area, showing that there are still cheap places to shop and convenient places for health care.

"I think people here will fit in very well," said Ms. Standeven. "They're working class. And Downtown South was very much like Kingsway is now, very much a working-class neighbourhood."

Ultimately, Ms. Standeven said, the former Ramada will likely be able to take in more people who are homeless or struggling to find housing in that neighbourhood.

"That's a real win for the community out there," she said, optimistically. 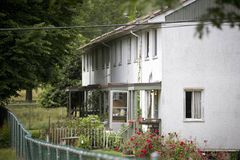 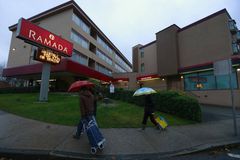