The landscape architect behind New York's award-winning High Line has been selected to design a major new park in Vancouver. James Corner will design a multi-use park for about 21 acres of space in northeast False Creek – on one of the last undeveloped areas of waterfront land downtown.

"This is probably the largest park project for the park board in a generation," said Dave Hutch, manager of research and planning for Vancouver Park Board.

The project, which is tied to the dismantling of the viaducts leading into downtown, includes a new Creekside Park Extension, renewal for Creekside Park and Andy Livingstone Park, and a pedestrian and cycling bridge that will take people up into the downtown core.

"It's a generous, open scale that will be significant," said Mr. Corner, founding partner and chief executive of James Corner Field Operations.

"That part of the city is quite fragmented and confused at the moment between the roadways and the stadium and the derelict land, parcels of land that are presently disconnected. [It's an] opportunity to really build connective tissue that ties things together and allows people to walk or cycle more seamlessly from one part to another," he added. "[We're] looking for ways to tie this park more meaningfully into the neighbourhoods so that it's a park for people, a park that is used by people."

While a concept design is not expected until the spring, Mr. Corner said the park will encompass play space for children – possibly something more adventurous and inspired by nature than a typical playground; picnic areas; large, multipurpose lawns for anything from flying a kite or kicking a ball around to markets, festivals or small performances; and what Mr. Corner calls "destination features" that might attract larger-scale events. Elements friendly to parkour are under discussion, as well as the relocating the skate plaza in that area. Mr. Hutch imagines the park as a magnet for cross-generational use – for young families who live downtown and people who downsize to condos after retirement.

The design budget for the park is $875,000, and Mr. Corner's organization has been contracted for one year. Construction costs are yet to be determined. Completion is years away. Phased deconstruction of the viaducts is not scheduled to begin until 2018.

The site has challenges – including the need for environmental contamination remediation. "It probably means you can build on top of or sculpt more landscape on top of rather than digging down and excavating," said Mr. Corner, who still needs more information about the issue.

The project is the first in Vancouver for Mr. Corner, who is probably best known for the High Line, which transformed 23 blocks of an abandoned elevated railway into a linear, very well used park above the west side of Manhattan.

"I think it's going to be something that's going to define park space for Vancouver for years to come, not unlike what his work has done in New York, where it has had a really transformative effect," Mr. Hutch said.

While the Vancouver project is different in form and scale, Mr. Corner says some of the concepts are applicable – such as the importance of settings that highlight the joys and pleasures of being in a city with other people.

"A lot of what people love about the High Line – it's a simple strolling promenade, but it's very eventful as you walk it from block to block to block and the sense of eventfulness and surprise and delight and being able to see the city from different perspectives," he said. "And being able to be with other people in often unusual ways is an insight that we got from the High Line that we try to bring to a lot of our projects."

Mr. Corner's company is working on the renewal of Seattle central waterfront, which also involves viaduct removal. Other projects include Navy Pier in Chicago, Presidio Parklands in San Francisco, New York's South Street Seaport and Tongva Park in Santa Monica – which transformed a former parking lot into an award-winning site inspired by the southern California landscape.

Mr. Corner will be in Vancouver on Wednesday to meet with officials and the local design firm on the project – PWL Partnership – and tour the site. Beginning in late January or early February, public meetings will be held to solicit feedback and input, and learn about "people's desires and fears," Mr. Corner said.

Getting a dog’s opinion on park sharing in Vancouver
September 9, 2016 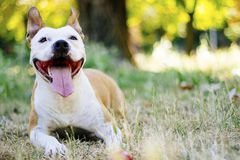 Vancouver archeologist to work with First Nations on future of Stanley Park
July 4, 2016 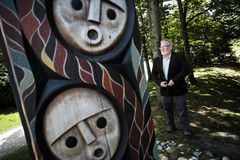