Metro Vancouver voters will be offered a multiple-choice decision on public transit when they head to the municipal elections next fall, Premier Christy Clark says.

The Premier promised a referendum on transit spending during the provincial election last spring, but municipal governments are worried about the process – warning that a rejection of new spending could have disastrous results for the rapidly growing region.

Ms. Clark provided new details of how she sees the vote shaping up in an interview, including the date, which municipal authorities had not been told about until now.

"It needs to be a multiple-choice question. A simple 'yes' or 'no' doesn't do justice to the questions that are there," Ms. Clark said. "We really want to ask people – how much transit do you want and how do you want to pay for it? How much change do you want or do you want no change to the system at all?"

Laying out a banquet of choices does raise the prospect of pitting regions against each other. For example, Vancouver has been pushing for a $3-billion addition to the Millennium Line, and Surrey is looking for a light rapid transit system worth nearly $2-billion.

Ms. Clark said the referendum would take place next November in conjunction with municipal elections and she won't engage in shaping the outcome.

"The people will decide. People will need to do their homework to make sure they get the answer that is right for them, but I'm not going to try to decide for people what their answer should be."

However, Ms. Clark's Minister of Transport, Todd Stone, gently contradicted her on all of her key points in an interview Wednesday.

Mr. Stone said the ballot question has not yet been decided, nor has the date and he said he intends to be an active participant in lobbying for a vote in favour of more spending.

The province rarely sees eye-to-eye with the Metro Vancouver governments on the funding of TransLink, the region's transit authority. In October, the mayors sought to shape the debate with a special conference that warned that traffic jams are already hurting the region. Another million people are expected in the region over the next 30 years.

With 23 local authorities in the mix, consultations between the province and Metro officials have carried on since the May election, and there has been little agreement.

Mr. Stone said he will be active in trying to help score a victory for transit funding. "It is imperative to get this right, to win this referendum."

The B.C. Liberal government still bears the scars from its own failed tax referendum, when it sought to defend the harmonized sales tax, and failed. The province had to withdraw from its agreement with Ottawa, repay its transition money, and remove the HST earlier this year. That result feeds the perception that taxation measures are unlikely to survive a referendum.

But Mr. Stone said that's not the case. He reviewed the past 63 transit-funding referendums held across North America and found three-quarters of them won the required public support for more spending. Those that won typically offered a clear, yes-or-no ballot question on a specific funding option.

Mr. Stone said he has not yet got the wording, or the mechanics of the vote, approved by cabinet.

If the referendum is tied to the Nov. 15, 2014, municipal elections, the mayors won't be pleased: It means projects will be suspended for another year – plus there is a risk that the transit issues will become campaign fodder.

Mr. Stone said, however, he believes that the campaign will have better odds for success this way. He said those transit referendums that were successful "were largely run like political campaigns, with a semi-co-ordinated attempt to get the vote out."

He said the referendum date will be included in legislation next spring, along with changes to the governance structure of TransLink. "There is general consensus the current structure, the relationship between the TransLink board and the mayors council and the province is not working today. It's a bit awkward."

Vancouver Mayor Gregor Robertson and Surrey Mayor Diane Watts did not return calls, nor did Richard Walton, head of the TransLink mayors' council. 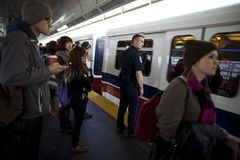 Clark may have reason to regret her transit referendum
November 4, 2013 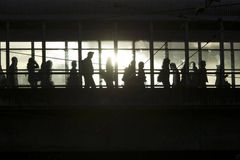 Province tells transit riders where to get off
October 4, 2013 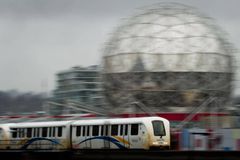 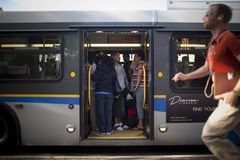