About 100 formerly homeless people in Vancouver, along with many support staff, are wondering what is going to happen to them when a federally funded program officially ends March 31.

The $110-million, five-city experiment called At Home/Chez Soi, was funded by the Mental Health Commission of Canada to study the most effective strategies for ending homelessness. Ontario recently announced it will put in $4-million to maintain the program launched three years ago, but B.C. is still tussling with Ottawa about what will happen here.

"I'm hoping the government or the community will band together to get the essentials up and running," one of those residents, 46-year-old Nicholas Wennington, said.

"I would think what's going to happen for some of them is they're going to fall through the cracks again."

Mr. Wennington, a former concert stagehand, lives at the Bosman, a downtown former travellers' hotel that was converted three years ago to a small rehab centre and home for people who had been living on the street.

The Bosman is part of the program that's ending on March 31.

The federal government has provided small amounts of money to the programs in each province where it was operating to "transition."

That transition money – confirmed at the last minute before the building had to be given up – will pay for the lease, maintenance and utilities at the Bosman for one more year, with enough money to maintain one staff position around the clock, seven days a week.

That's nowhere near the kind of support the Bosman has now, where there are social workers, nurses, visiting doctors and psychiatrists, and a three-meals-a-day food program.

While several of the residents, like Mr. Wennington, are high-functioning and calm, some are not. For a handful of residents, ambulance attendants will come in only with a police escort. Doctors who now work with the program have indicated they are nervous about visiting if there aren't enough other staff present.

But it is unclear who is going to be willing to pay the approximately $1-million needed for that kind of staffing for the next year or for the whole operation as of March 31, 2014.

Vancouver Coastal Health and BC Housing officials are working to see which of the residents could move into existing social housing elsewhere.

But that is not going to work for everyone. About half have problems that are too serious for such low-support housing.

"There's nowhere for them to go," says Liz Evans, a director at PHS, the organization that has been managing the Bosman. PHS has been operating housing for the most difficult to house for 20 years.

While $2-million a year might look expensive to some, she said, "it's less than a bed in a mental-health facility" for those residents.

But no one is stepping up to provide that money, in spite of the program's confirmed success in improving the residents' health and housing.

The federal mental-health commission says it is not the commission's job to run long-term programs.

"This will be the best research in the world around the importance of providing housing first," said Catharine Hume, the director of the At Home/Chez Soi program. "What we were trying to do was develop information to influence policy. It really is a provincial decision now how to deliver services."

Ontario's Health Minister announced Feb. 12 that the province would put $4-million into new rent supplements and mental-health supports to continue the programs the Mental Health Commission had started.

But B.C. Housing Minister Rich Coleman says the federal government was warned before the experiment started that the province didn't want a project that was funded for three years and then abandoned.

"I've said, 'If you want to invest, make sure you keep the program.' " He's wrestling to get the federal government to commit more.

In the meantime, it's unclear what B.C. is prepared to do to keep the Bosman program the same.

For Mr. Wennington, who has HIV and hepatitis C, is plagued by recurring fevers no one has been able to diagnose, who suffers from depression and is a recovered drug user, that's all unnerving. 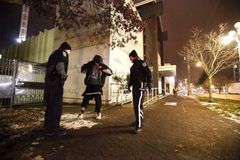 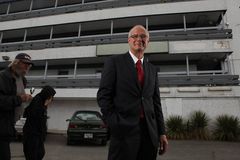 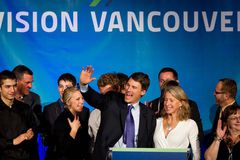