A special rental-only district for mostly poor residents should be one part of the new Downtown Eastside, according to the first draft of a plan for the city's legendary and much-fought-over neighbourhood.

A first open house, held Thursday to display emerging ideas for the future of the historic area, also indicated the city should work to establish two grocery stores to serve its low-income residents and encourage social-housing development.

But the plan also has many references to developing market housing in its other sub-areas – Gastown, East Hastings, Chinatown, Kiwassa, Victory Square – along with allowing buildings of up to 120 feet at Main and Hastings and up to 150 feet in certain key spots elsewhere, in return for integrating some social housing.

"We think we've come up with an approach that is innovative, aggressive and achievable," said the city's assistant planning director Kevin McNaney.

The rental district, which would be around Oppenheimer Park and along Hastings from Carrall to Clark, would aim for 60 per cent of the district to be low-cost housing.

The plan also talks about the need to make sure the area's poor residents still feel comfortable and have cheap places to shop, as new, upscale businesses and market condos filter into the neighbourhood that borders Vancouver's central downtown.

Nearly two-thirds are on welfare, on disability, or extremely poor.

New low-cost housing would accommodate that group – some of whom still live in run-down residential hotels and rooming houses – but wouldn't provide housing for any more low-income newcomers.

Instead, he said, other neighbourhoods will develop social housing or other forms of cheaper housing so that everyone isn't pushed into one area, consistent with city policy over the past decade.

The emerging plan is a road map for the future that a former planning director, who co-chaired the community committee that worked with the city, said is a major jump forward from anything he's seen in his 40 years here.

"This is the most complex plan I've seen," said Ray Spaxman, who was the city's planning director in the 1970s and early 80s. "It does identify the directions that people are agreeing on.

And the program is very much a partnership between the city and community, which we haven't seen before."

But it's unlikely to make everyone happy in the neighbourhood, which includes the city's most concentrated populations of drug users, people in extreme poverty, Chinese business owners, a cluster of high-tech businesses, a burgeoning restaurant scene, and Simon Fraser University's contemporary-arts school.

One community activist, Tami Starlight, said that everything in the plan is so fuzzy, there is no guarantee how many future units of housing would be affordable to people living on welfare, who typically are allocated $375 a month for shelter. Ms. Starlight said that, although the draft plan makes many references to social housing, it's never clear what exactly that means or how much of it there will be.

Mr. Spaxman said the detailed policies are still to come. The open house information material did spell out some goals, though. Among the 10-year targets: create 800 units of social, i.e. subsidized, low-cost housing; create 1,650 units of affordable market rental units for singles, with matching rent subsidies; improve the condition of 1,500 residential hotel units; reduce the vacancy rate of storefront properties by 50 per cent; retain the existing 2,800 businesses; decrease "child vulnerability" from 51 per cent to 15 per cent.

The city initiated a process for a new plan early last year, after the community rebelled over what looked like a wave of development towers coming in. Activists got support from academics and some former politicians around the region. 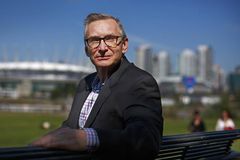 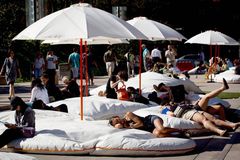 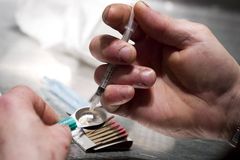