It's been called the ugliest building in Vancouver's downtown, The Great White Urinal, early washroom architecture, and worse.

Now, the giant white box at Granville and Georgia is going to be transformed into a glassy new structure by one of the city's leading architects, James Cheng. It was built for Eaton's in 1973 as part of the new Pacific Centre mall, recently a Sears Centre, and soon to be home to the upscale American department store Nordstrom.

The design, to be made public Monday by Pacific Centre mall owner Cadillac Fairview, will show the reviled white tiles stripped off, replaced by glass.

Mr. Cheng, who designed some of Vancouver's most notable highrises, the Shangri-La, the Shaw Tower and the Fairmont Pacific Rim, is known for his modernist style and use of striking materials.

The department-store box will be broken up into two sections that give it the appearance of two buildings, according to several commercial brokers who attended the briefing Cadillac Fairview held last month. A glass entrance facing Georgia and Granville will be much more prominent and dramatic than the current one. And two deep light wells will penetrate the top four floors, adding even more light to what will become offices above the department store. "They're going to gut the whole building," said Howard Malchy of DTZ Barnicke. It will take two years to redo the store after Sears moves out Oct. 31.

The redesign is bound to alter the feel of Vancouver's downtown, say urban planners, architects and brokers.

"I think it's going to be quite important if done well. It has been a bit of a plug in the city until now," said Michael Heeney, an architect who works with Bing Thom, another of Vancouver's legendary names. The two men have lobbied intensively the past few years for the city to do more to enhance Robson Square and the Vancouver Art Gallery next to the Sears Centre.

"One of the reasons Robson dissipates and loses its energy is because of that block."

The mall, designed by architect Cesar Pelli, was built at a time when car culture dominated, said Mr. Heeney.

"They were trying to bring a suburban mall mentality to Vancouver. Eaton's probably told them they didn't want any windows."

Because three of the walls present blank white walls to the street, it has made the building one that repels pedestrians, said Mr. Heeney, who has not seen the final design from Mr. Cheng for the new building.

"Howe Street [the street between the department store and Robson Square] has always been like a back alley in the city because of it. Robson Square is this jewel that has never had the activity around it to make it work. This will start to activate it."

Certainly, the building will have far more activity in it than even in its heyday as the Eaton's department store.

Local brokers say that they've been told by Cadillac Fairview that the basement level will become an extension of the mall, filled with the kinds of smaller stores that populate the northern end.

Those floors will be the largest office floors downtown Vancouver has ever seen. At 70,000 square feet apiece, they're as large as some office buildings in suburban business parks.

Broker Maury Dubuque, with Colliers International, said he believes the offices above the department store will draw tenants with younger employees who will be attracted by the idea of working downtown, close to transit, stores and entertainment.

"It's a great repurposing of a building, an ingenious plan," said Mr. Dubuque. 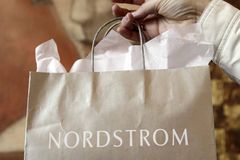 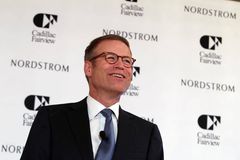