The $38-million mansion has six bedrooms, eight bathrooms and a view of the Sydney Opera House – and the Australian government has given the property's new owner three months to sell it amid a crackdown on foreign ownership, a strategy that remains unseen in Canada's booming real estate markets.

The Australian government late last month announced it would charge foreign buyers who purchased residential properties higher fees, and would fine those who violated its foreign investment rules as much as 25 per cent of the value of the property. It followed that up last week by ordering Chinese billionaire Hui Ka Yan to sell the mansion he purchased in November, arguing the home was bought through shell companies in violation of the investment rules.

But while Sydney's real estate market has been plagued by the same concerns of foreign buyers driving up prices as Vancouver's – the purchase of a $51.8-million Point Grey mansion prompted a new round of West Coast hand-wringing this week – such a policy does not appear to be in the works here.

Vancouver Mayor Gregor Robertson said council is waiting on a report from the city's affordable housing agency that will examine foreign investment in real estate, and empty homes. "Until we get that report back, we're not doing anything," he said in an interview.

Mr. Robertson said council is more focused on housing affordability than high-end real estate transactions. "Vancouver has a robust, high-end real estate market similar to New York and London and Sydney, but our focus is on the affordable end of the spectrum, and ensuring that low- and middle-income families can thrive in Vancouver," he said.

A request for comment from B.C.'s Housing Minister was instead referred to the province's Ministry of International Trade. A ministry spokeswoman, in a written statement, said B.C.'s Property Law Act states that Canadian citizenship is not required to buy or own land in British Columbia. She said people who are not Canadian citizens are also not required to disclose their citizenship status.

"For that to change, the province would need to enact legislation with respect to the registration of these matters. At this time, B.C. does not have plans for these changes in its legislative agenda," she wrote.

A request for comment from the federal government was referred to the Department of Finance. A department spokeswoman, in a written statement, said Ottawa actively monitors developments in the housing market but does not comment on possible policy actions.

Australia's Foreign Investment Review Board was established in 1976 to examine proposed foreign investments, and to advise government on relevant policy. All purchases from foreign investors require the board's approval, and non-residents are prohibited from purchasing an existing home. But a parliamentary committee in November said it "defies belief" that the framework has been complied with, since the amount of foreign investment into residential property climbed by more than 40 per cent in less than a year. The committee accused the board of a "significant failure of leadership" and noted it had not sought any court action since 2006.

The Australian government has vowed to crack down and issued a consultation paper looking for ways to strengthen its framework. Joe Hockey, the government's treasurer, has said more property purchases will be investigated.

Australia is not the only jurisdiction taking steps to try to slow down foreign buyers. Singapore has raised its tax – called a stamp duty – on foreign purchases of local real estate to 15 per cent of the sale price. The British government, eyeing London's soaring house prices and foreign buyers, moved in its 2014 budget to have its 15-per-cent stamp duty on buyers using a company name apply to a greater percentage of home sales, reducing the threshold from properties worth £2-million ($3.8-million) or more to those worth £500,000.

Richard Kurland, a Vancouver-based immigration lawyer who has worked with wealthy Chinese migrants, said Canada has proved to be a safe place to invest. Mr. Kurland, who said he has had nine clients who were billionaires, said setting up a system like Australia's could prove difficult and ultimately fruitless. "It's expensive, there are too many loopholes, you can get around it easily," he said.

Mr. Kurland said he would prefer to see a national registry of residential property transactions requiring the involved parties to disclose the address and sale price, and prove their residency.

Michael Geller, a Vancouver architect and developer, said he was long uncomfortable with the idea of different policies for non-resident buyers. But he said other jurisdictions are clearly moving in that direction, which is prompting him to rethink whether such measures are necessary. He said a system like Australia's could work, but it was difficult to comment without studying it more closely. He said there might be little a municipal government could do, meaning it would be up to the federal government to take action.

Gordon Price, director of the City Program at Simon Fraser University, said incorporating the Australian model in B.C. could work if it was presented as part of the solution, but not the entire solution.

"I think if you brought it in as part of an attempt to address these larger issues, then maybe. So long as people were convinced that that was genuine," he said.

Cameron Muir, chief economist at the B.C. Real Estate Association, said the Australian system is "essentially a tax grab." He said implementing such a system in B.C. would not make housing more affordable.

With reports from Ian Bailey, Rick Cash and Iain Marlow 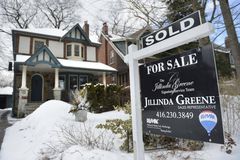 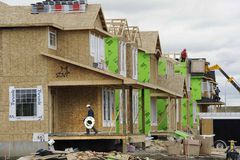 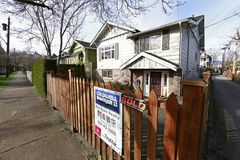 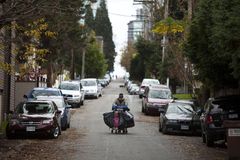 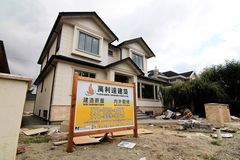