Skip to main content
Frances Bula
Vancouver
Special to The Globe and Mail
Published May 2, 2015 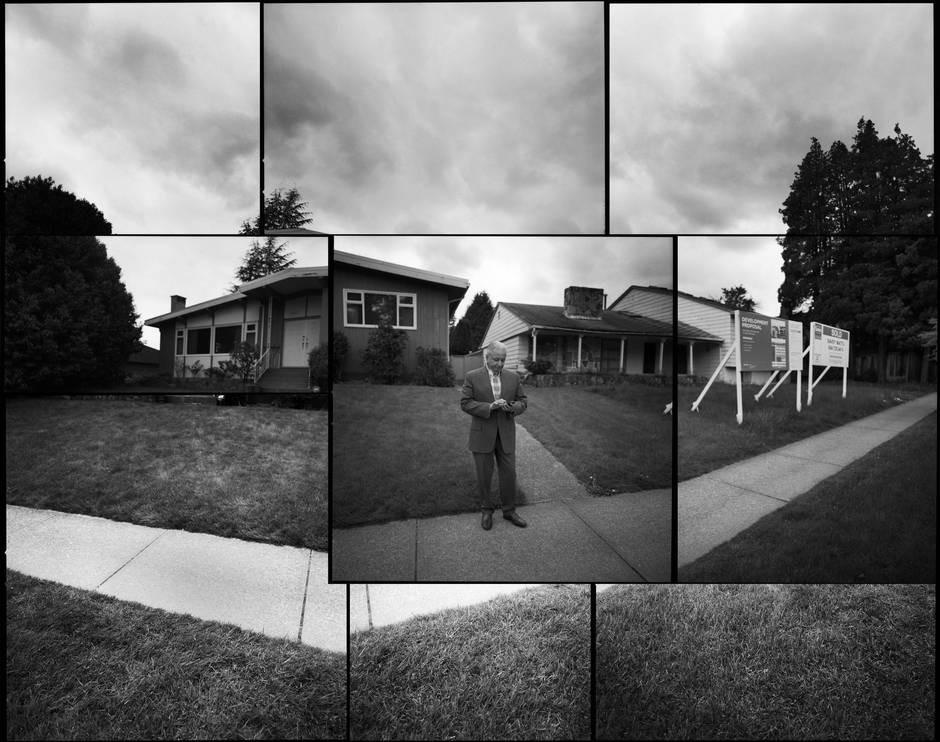 Realtor Savey Mattu in front of a row of homes along Vancouver's Cambie Street that were sold as package as part of a land assembly. (John Lehmann/The Globe and Mail)


Piecing together a deal


Real estate agents, homeowners, developers and foreign investors are
scrambling to bundle up Vancouver homes into so-called land assemblies,
convinced such properties are worth more than the sum of their parts.
But as Frances Bula reports, it could be an expensive gamble

When the four homeowners on Cambie Street banded together last year to sell their houses as a package, they were looking for a profitable ride on Vancouver’s current real-estate wave. One feels like he won the lottery. But his neighbours are mournful and unsure how much they’ve really benefited.

As Vancouver undergoes a massive transformation along some of its main streets from suburban rows of single-family houses to corridors of townhouses and six-storey condo blocks, homeowners are agreeing to sell together to get a higher price from buyers who want big chunks of land for major new developments. The mass sales – known as “land assemblies” – have real estate agents, owners, local developers and a big new contingent of foreign investors scrambling to get in.


What is a land assembly?

It’s a process of getting several landowners with adjacent lots to agree to sell together, presumably for a higher price for the whole package than what they could have negotiated for their single lots.

Why do developers want it?

It provides a guarantee they’ll get enough land to build a major project on, without having to go lot by lot and potentially running into a holdout who will make the whole project unworkable. The land is assumed to be worth more than if it were being sold as single lots because developers know what they're getting.

What are the potential pitfalls?

The biggest one is people believing the city will automatically grant rezoning with new density to any group of homeowners who get together to sell. In spite of what some city critics believe, Vancouver’s planning department won’t allow these redevelopments just anywhere. Rezoning single-family housing into rowhouses or small condo blocks is only permitted where a neighbourhood plan specifically outlines that possibility.

A second pitfall: counting chickens too fast. Some investors bought properties early for land assembly in the Marpole neighbourhood, thinking the original version of the community plan was going to be approved. But some Marpole residents objected to the degree of density and it was scaled back.

For Sale signs line streets like Cambie, Oak, Granville, 41st, 49th and 25th. But the scramble is producing disappointment, major tussles with city planners, over-hype and speculation along the way.

“It’s a frenzy out there,” says one of Vancouver’s major developers, Beau Jarvis, senior vice-president at Wesgroup Properties.

“There is foreign capital that’s driving the development. And with the expectations of landowners, it creates problems.”

That’s especially true for some owners who think they’re going to make a fortune and then find out they aren’t because, no matter what they think or what an agent has told them, the city isn’t going to allow their houses to be rezoned for denser development.

Here, along a row of modest 1960s houses on Cambie, across from the lush green of the Langara golf course, things worked out for Kam Lai. His property was captured by the city’s plan to densify along the Canada Line corridor.

He is thrilled to cash out with $2-million more than he thinks he could have earned for his house under normal conditions.

“We bought for $500,000 12 years ago and got six times that. It’s unheard of in Vancouver,” says 60-year-old Mr. Lai, whose family’s brick rancher passed officially out of his possession this week. He’d listed it back in 2008 for $1.1-million and got no bites. He plans to buy a small condo in the area, so he can stay close to his mother’s care facility.

But his neighbours, Kirby Tam and Anita Lum, are much less happy. They bought their house – a raised-ranch-style house painted royal blue, with a well-cared-for lawn – next door to the Lais in 2001, planning to stay forever.

Ms. Lum grew up in the area and went to nearby Jamieson elementary school as a child. Their three children go there now. Mr. Tam put a new metal roof on recently for $28,000. The house is filled with wedding pictures and children’s toys and more than a decade of memories.

“Yes, you make a fortune but it costs a fortune to buy back into the neighbourhood,” said Mr. Tam, a cardio-lab technician who felt lucky that he and his wife were able to get a toehold in the Oakridge area during a small dip in the housing market 14 years ago. 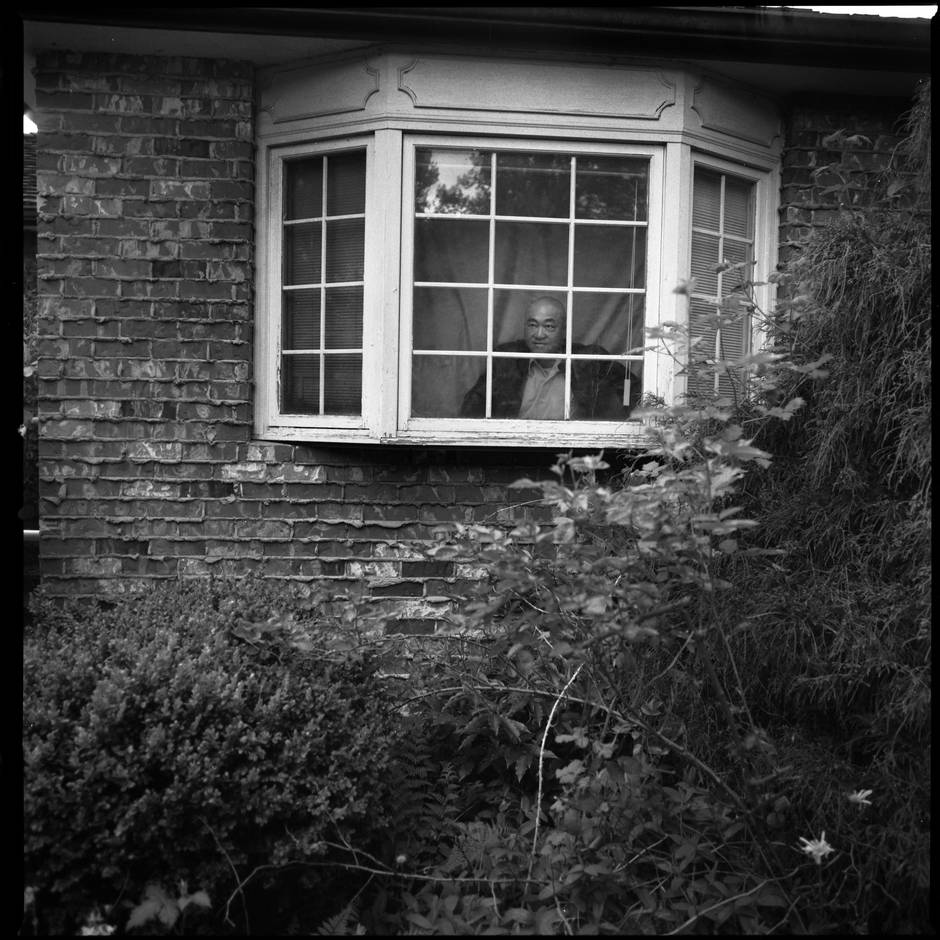 Home owner Kam Lai at his home April 30, 2015 who sold his home as part of land assembly along Cambie Street in Vancouver. (John Lehmann/The Globe and Mail)

They thought about refusing to sell. “But if the developers build all around me, I’ll be surrounded, and the value is going to decrease.” They’d seen a house on Oak Street where the owner had decided to hold out. Now it sits, by itself, with big condo developments overshadowing it on each side.

Mr. Tam said he and his wife felt helpless in the face of the city’s plans for the area and the negotiations with the developer. They knew the neighbour on the other side seemed to have bought the deteriorating split-level four years ago just to flip the property in exactly this kind of a deal. And they worried they would lose the investment they’d made in their house.

So they agreed to sell. The Mosaic development-permit application sign in front of their neighbour’s house says the plan is to create 72 units in two six-storey buildings and one single-storey townhouse.

They bought their house for $436,000 and will get something close to $3-million. But now they have to find a house nearby. Everything in Oakridge big enough for a family of five costs that amount of money.


When they work, land assemblies can be lucrative for homeowners, developers, and the city, which demands so- called community ammenities in exhange for rezoning. Here's a look at two projects along the city's Cambie Street:


One of the first projects approved by the city on the Cambie corridor in June 2011.

Home sales: Michael Villafuerte and Paola Datilla, the two owners of the single-family homes in the 6300 block of Cambie, each received $1.7 million from Cedar Development Corp.

The city's take: The city took in a total of $2.5 million, mostly from so-called community amenities. Of that, $1.1 million went toward the city's Affordable Housing Fund for housing in the area and $1.1 million went to child care. In addition, the city received more than $300,000 in development-cost levies.


The 10th of 26 projects so far approved by the city on the Cambie corridor, voted on in December 2013.

The city's take: The city took in about $6.3 million — $1.5 million from development-cost levies, $210 million for public art and the rest through community amenities. Those amenities included: $2.3 million for the Affordable Housing Fund, $1.3 million for childcare space and $1 million for social and cultural space.

What was built: Two six-storey buildings and two two-storey townhomes with a total of 128 units.

Savey Mattu, the realtor who put this deal together for the development company Mosaic, said he tries to give homeowners a realistic picture. He said he warns them that they’re not going to make a killing from selling, because the city’s policy is that it takes about 75 per cent of the increased value of land in any rezoning. That 75-per-cent take, called a community-amenity contribution, is to help pay for the new services that the denser neighbourhood is going to need.

“That’s factored into the price,” said Mr. Mattu, who has done dozens of land assemblies around Vancouver in the past 35 years, including many along Cambie. “The [city’s community-amenity contribution] really ends up being paid by the homeowner.”

The land is worth more in an area where the neighbourhood’s official plan allows for change. So it’s no surprise that a homeowner might get double or triple the value the house had when it was restricted to single-family only. “There’s no magic there,” Mr. Mattu said.

But the developer is not going to pay five or 10 times the value, because developers know the city is waiting to take its share.

And Mr. Mattu said he especially tries to warn owners when they don’t have any chance of selling because city planners won’t allow any new density.

“We see lots of people all over the place trying to organize themselves. I say, ‘I’m sorry, I can’t help you. You’re just fooling yourselves.’ ”

That’s what he would have said to the group of five homeowners at Knight Street and 49th Avenue if they hadn’t decided they were going to avoid realtors.

Instead, accountant Matt Pulakkavil rounded up four neighbours, including his parents, to try to broker a five-house deal. He said he got the idea because of the development he was seeing around Knight and Kingsway and near Knight and Southeast Marine Drive.

“If someone were to give us the money we want, we could move somewhere else nearby,” he told The Globe this week.

The houses are currently worth about $800,000 apiece. He was trying to get $2.5-million for each one. But so far, he’s had only one taker – someone who wanted to tie up the properties with conditions for possibly as much as a year. And, as he’s about to find out from city planners, there are no plans to increase density in that area. It’s nowhere near the Kingsway intersection, where the city created a plan a decade ago allowing some density to create a neighbourhood centre, says the city’s general manager of planning, Brian Jackson.

The same is true for many of the houses being offered along Granville outside of areas in the Marpole plan designated for density, says Mr. Jackson, who sometimes jokes about putting up his own “No Development Potential” signs on some streets.

“We see lots of people all over the place trying to organize themselves. I say, ‘I’m sorry, I can’t help you. You’re just fooling yourselves.’”
Realtor Savey Mattu

Mr. Jackson has been sending out warnings to realtors and homeowners since the land-assembly craze took off. “Some of these land assemblies, they are real-estate speculation. I have been very blunt for these people that under current policy, there is nothing for us to consider other than single-family homes.”

The only applications the city might consider are special projects under the city’s interim-rezoning policy, which have to be developments that provide either rental or home-ownership projects that sell at 20 per cent below normal market. Only a total of 20 of those are being allowed and that kind of affordability wouldn’t be possible if a developer paid an exorbitant price for the land.

Mr. Jackson says the 6100 block of Granville, in particular, falls into the category of an absolute no-change zone from single family.

That block is one of 10 land assemblies that realtor Michelle Yu, whose signs have been particularly prominent, has on her website. The website lists it as the only one sold.

Ms. Yu has been quoted in other news media about the significant profits she had scored for her customers through land assemblies. She did not return calls and messages this week from The Globe and Mail.

Since her initial statements were published, Mr. Jackson has repeatedly said properties on Granville will not be rezoned. Property sale records are not available until six months after a house is sold, so it’s unclear what stage the sale is at.

One of the eight homeowners on the block, Terry Lashman, was asked about the sale of his home. He declined comment.