Let's begin by being generous: It is laudable that the city of Vancouver and Mayor Gregor Robertson want to increase the number of rental units in the city. Vancouver is, after all, in the middle of a rental crisis. Demand has outstripped supply for years with vacancy rates stuck below 1 per cent and rents on even barely habitable subterranean mushroom farms going through the roof. The short-term rental market – read Airbnb – has further eroded what used to be long-term rental stock.

That said, there was something naive to a point where it was almost endearing when the mayor announced the next steps in the city's proposed vacant-property tax. Here's what we know after "details" were released this week. The city wants to impose an additional tax on owners of vacant and "under-utilized" properties as a way of encouraging owners of said properties to make them available to renters.

I'm not even going to get into "under-utilized" here, not only because it has more grey in it than the North Shore sky in January, but also because it is an excellent premise for a Monty Python sketch. The word "vacant" is only slightly less vague. The mayor says that, according to BC Hydro data, 10,800 homes are sitting empty, but at the same time says electricity use will not be a factor when determining whether a home is vacant.

Mr. Robertson says that while the city expects homeowners to answer truthfully, the information will be subject to an audit. In all of my years ticking the "primary residence" box on my property-tax form, no one has ever come knocking to see if I'm home.

There will, however, be a "complaint response process" – which is a fancy way of saying snitch line. Hey, it worked for watering restrictions. Is there a minimum amount of time a home has to be occupied to be considered as such? We don't know. The mayor says the tax won't apply to snowbirds or people living or working in the city part of the year.

If the home is used for short-term rentals, such as Airbnb, is it considered occupied? We're not sure. The mayor says thousand of rental units have been lost to Airbnb and that it's a whole other issue the city is looking at. Any rental of less than 30 days is prohibited without proper zoning and a business licence. I look forward to seeing which box those people check.

If the city can't police short-term rentals that are advertised worldwide online, one may have trouble imagining how it will determine whether a home is truly vacant. Will armies of bylaw inspectors and investigators be dispatched? Perhaps a team of graphologists will scrutinize the checked boxes to determine the veracity of each check mark.

What will be the tax rate? We don't know that, either. Somewhere between .5 per cent and 2 per cent of assessed value. That's to be determined later.

What happens to the money raised by the tax? Well, when the idea of the tax was first floated earlier this year, the city said proceeds would go to an affordable-housing fund. Now, the mayor says it will also go to cost recovery.

Between appeals, inspections, qualified graphologists and litigation, I don't expect much will be left of the two million.

Recognizing the need to do as much as possible to increase housing stock in Vancouver, there is something that doesn't sit well about the city forcing property owners to become landlords. I know – they don't have to – they can simply pay the tax. But what they're essentially paying for is the right to be left alone. And it is not an insubstantial amount.

So you bought a condo five years ago as an investment. Maybe to retire to when you downsize, maybe to hand down to one of your kids or maybe to keep as a pied-à-terre when you relocate to Mexico for nine months of the year. You're not running a brothel, a crack house, a gambling den, or a grow op. You pay your taxes and fees and you forgo the homeowner grant.

Does that give you the right to do what you want with the place without paying a penalty?

The city of Vancouver doesn't think so.

Implementation of vacancy tax may be tricky for Vancouver officials
September 13, 2016 Opinion
The principal-residence exemption is a fixable piece of the housing puzzle
September 12, 2016 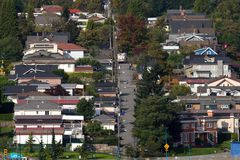