More of Vancouver's illegal cannabis dispensaries are expanding their operations to Toronto, eyeing a larger market with zero regulations, especially with new bylaws on the West Coast threatening to disrupt their business.

Vancouver's pot shops have grown steadily in the past several years, topping 100 before the city decided to pass bylaws designed to both regulate them and reduce their numbers. The industry has also taken off in Toronto, with dozens opening there in recent months and those within the sector saying Vancouver is playing a major role.

Ryan Williams, co-owner of the Canada Bliss Herbal Society chain, said he had always planned to open up dispensaries in Toronto, but Vancouver's decision to regulate – not raid – pot shops led him and his two business partners to open their first dispensary in the city in April, 2015.

Last November, while at a cannabis conference in Las Vegas, Mr. Williams said he met several people from Toronto who told him "you'll be fine, you'll be safe," if he entered the market in Canada's largest city.

"We let the other people go in and blaze the trail, then we try to go in behind them and try to operate with better business practices," he said. "I'd love to open one in Calgary, but I'm not going to be the first one to do it because I don't want the trouble."

Mr. Williams launched two Canada Bliss locations in Toronto in the past month and plans to open several more over the next two months. He is one of dozens of cannabis capitalists who first joined Vancouver's initial green rush and are now training their sights on Toronto.

There is no concrete data on the illegal sector, which operates outside of the federal government's mail-order medical marijuana system, but industry insiders say the number of Toronto dispensaries has now grown from about a dozen tucked-away businesses to 60 locations in less than a year.

Dana Larsen, vice-president of the Canadian Association of Medical Cannabis Dispensaries, estimates that more than half of Toronto's pot shops are owned by B.C. entrepreneurs. Most of them sell famed "B.C. bud," sales of which, he said, have "always flowed west to east and north to south."

Mr. Larsen said there is overwhelming demand for the dispensary model in the city that could sustain many more shops than the roughly 100 operating in Vancouver – which city hall expects to winnow down to two dozen licensed operations by the end of the year.

Toronto's top medical officer is expected to report back to city council by June with recommendations on how to best regulate the shops, but the city is months away from considering regulations similar to those passed last June in Vancouver.

As legalization looms under the new federal Liberal government, police say they monitor dispensaries but have a host of other enforcement priorities.

The Prosecution Service of Canada, which handles all federal drug cases, said only three dispensaries have been busted in Toronto in the past two years.

In January, Goodweeds dispensary and smoking lounge in Toronto was raided by police. The storefront, a franchise of the Vancouver-based Weeds chain, reportedly drew a public complaint that resulted in the investigation into the shop and lounge. It operates as a bar and sold concentrated cannabis extracts or "dabs" to anyone over 18 without proving a medical need.

Still, Goodweeds soon reopened and resumed selling cannabis products, as dispensaries on the West Coast have often done after such warrants are executed.

"Toronto is a massive city, one of the largest in the world and certainly in North America. [Police] have got bigger fish to fry than medical cannabis dispensaries," said Kirk Tousaw, a B.C.-based lawyer who was part of the team that won a constitutional challenge last month, prompting a rewrite of Canada's current medical marijuana rules.

Vancouver's illegal dispensary sector, by far the biggest in the country, would drastically contract if the city follows through with its plan to shut down 60 or so shops come April 20 – the day pot enthusiasts around the world celebrate the drug. That's when the grace period ends for those who can't secure a new business licence. So far only 16 applicants have made it to the second of three licensing stages. The first new business licence is expected to be issued this spring.

Meanwhile, Mr. Tousaw said three dozen people have approached him so far this year asking for advice on how to open a successful dispensary in Canada's most populous urban centre.

"If there's a demand, people are going to rise up to meet that demand," he said. "It's a great deal better that they're doing it through dispensaries than how people were getting medical cannabis before, which was through friends, acquaintances or even street dealers.

"Why would [Toronto's government] become too troubled by the fact that the public is getting largely what they want?"

Majority of Canadians agree pot should be legal: poll
February 29, 2016 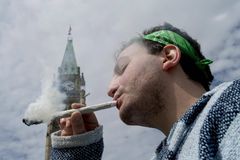 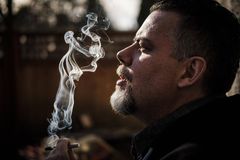 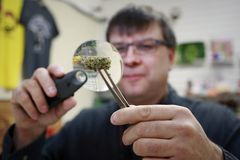