Nearly a quarter of condos in Vancouver are empty or occupied by non-residents in some dense areas of downtown, a signal that investors play a significant role in the city's housing market.

And the city overall has a much higher rate of empty apartments and houses than other Canadian cities, with a rate closer to places like New York and San Francisco at the height of their mortgage crisis in 2010.

Downtown, the rate is so high that it's as though there were 35 towers at 20 storeys apiece – empty.

That's the latest discovery that adjunct UBC planning professor Andrew Yan made when he analyzed 2011 census numbers to try to add more information to the contentious debate over whether Vancouver is turning into a high-end resort or offshore investors' holding tank.

He revealed those numbers Wednesday night, as a capacity crowd turned out to listen to speakers on a panel at SFU Woodward's talk about "foreign investment in Vancouver real estate."

In all, the city of Vancouver appears to have about 7,500 more vacant housing units than what would be expected in most other Canadian cities. For Metro Vancouver, there are around 15,000 to 20,000 more.

That sign of high vacancies and non-resident-owned units, which contradict some other studies and assurances that Vancouver is not being flooded with investors, should give the city pause, analysts say.

"What kind of community are you living in if there are that many empty? For a city to have that kind of vacancy, it's like cancer," said Richard Wozny, a real estate consultant, during an interview Wednesday. "It distorts density and it's delaying the impact. It raises the question 'Are we over-building?'"

Mr. Yan, who specified that it's not possible to know exactly why so many apartments were empty, said data indicate Vancouver is creating neighbourhoods that appear to be very dense, but actually don't have an active full-time population.

That gives a skewed picture of, for example, the amount of commercial activity they can support.

In Coal Harbour, where up to one in four condos is empty in the tower-dominated waterfront neighbourhood between Stanley Park and the downtown convention centre, the scattered shops in the area often struggle to stay in business. By contrast, the West End, which has a low rate of empty residential units, is bounded by three streets – Davie, Denman, and Robson – that are packed with busy small shops and restaurants.

Mr. Yan said that the high numbers of empty apartments don't prove there's a problem with foreign investors, but they do indicate that Vancouver has a large proportion of general investor buyers, be they offshore or Canadian.

Housing analyst Tsur Somerville, director of UBC's Centre for Urban Economics and Real Estate, said the data he has seen also indicate that Vancouver built more housing in the 2006-2011 period than the number of new households that were added to the city's ranks.

That means investors. There's nothing wrong with that, as long as those units are occupied, said Mr. Somerville, also on the panel.

"The problem is vacant units since that's demand for real estate without housing people."

Mr. Yan's analysis entailed isolating the census data on dwellings that showed up as either "unoccupied" or occupied "by a foreign resident and/or by temporarily present persons" on Census Day 2011, which was May 10.

"These units could be non-resident occupied because their occupants were just away for the Census Day, between rental tenants, or moving in a just-opened building, but there is also a chance that they are someone's pied-à-terre, vacation home or empty investment holding," observed Mr. Yan.

In the city of Vancouver, the rate of those kinds of dwellings stood at 7.7 per cent overall, with some parts of the downtown as high as 23 per cent. In the city of Toronto, the rate was 5.4 per cent; in Calgary, 5 per cent.

If Vancouver's "non-resident" category had the same rate as Calgary's, it would have had only about 16,500 empty units on Census Day – the level to be expected in a regular city, where some part of the housing stock is always going to be empty for one reason or another. Instead, more than 22,000 units showed up in that category. An analysis for the whole Lower Mainland shows that it has between 15,000 and 20,000 more empty units, proportionally, than the Calgary or Toronto metropolitan regions. 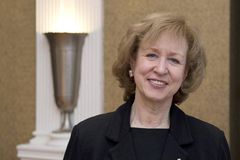 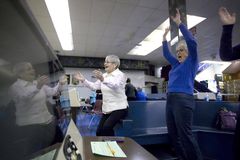 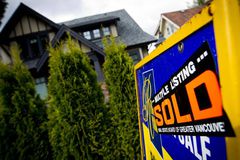 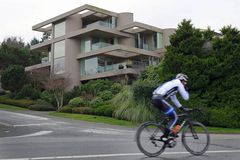 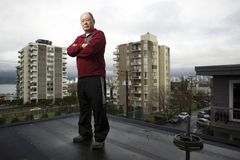 Some Vancouver workers have been priced right out of the country
February 22, 2013 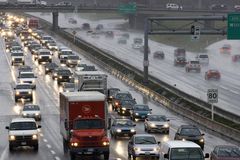