An attempt by former British Columbia premier Bill Vander Zalm to revise political history has suffered a major setback, and his self-published autobiography will need a massive re-edit before the next copy is sold.

That was the effect of a Supreme Court of B.C. ruling on Thursday in which a jury found him guilty of defaming former conflict-of-interest commissioner Ted Hughes in his book, Bill Vander Zalm: For the People.

Damages of $60,000 were awarded, and court costs are being sought that could add another $50,000 to the bill for Mr. Vander Zalm, whose political career was ended by Mr. Hughes. But Mr. Vander Zalm came roaring back into the public spotlight last year, leading a grassroots protest against the harmonized sales tax in B.C.

Shortly after the jury delivered its finding, Madam Justice Laura Gerow issued an injunction that requires that Mr. Vander Zalm immediately stop the sale and distribution of any copies of his book that contain the offending material.

The jury, which deliberated for more than 14 hours, found that almost everything Mr. Vander Zalm wrote about Mr. Hughes was without merit or truth – ruling that eight of the 11 excerpts complained about were defamatory.

"I just feel so good," Mr. Hughes, a feisty 84-year-old who continues to advise provincial governments on conflict issues, said in court as he embraced Geoffrey Gomery, who handled the defamation case for him, along with Irwin Nathanson.

"I've been in the justice system for over 60 years and it's been a different experience to see it working so well from the other side," said Mr. Hughes, a former judge and deputy attorney-general who walks with a pronounced limp.

What disturbed him about the 2008 book was how he and the pivotal events of 1991 were portrayed. That year Mr. Vander Zalm, a populist Social Credit premier who was known for his great charm and high-voltage smile, had been caught in a whirlwind of controversy over the sale of Fantasy Gardens, a theme park he owned with his wife, Lillian Vander Zalm.

The buyer of the Richmond-based park was Tan Yu, a billionaire Taiwanese businessman who paid $16-million for it. While Mr. Yu was visiting B.C., Mr. Vander Zalm arranged a luncheon for him with the lieutenant-governor and facilitated meetings with cabinet ministers.

With cries of conflict rising in the House, Mr. Hughes, who was then acting conflict commissioner, was asked by Mr. Vander Zalm to investigate.

Mr. Vander Zalm, who was not in court for the judgment, testified he thought Mr. Hughes was going to clear him with a quick investigation. Instead, Mr. Hughes brought down a scathing report in which he found Mr. Vander Zalm had committed an apparent conflict of interest by mixing government and private business interests.

Mr. Hughes said Mr. Vander Zalm's explanation of that exchange – that the money was given to him for "safe keeping" – was not believable.

The report destroyed Mr. Vander Zalm's credibility, and he resigned the day it was released – April 2, 1991.

But when he sat down to write his autobiography, he cast Mr. Hughes as being self-interested and biased. He claimed Mr. Hughes was against him from the start and that his real goal was not to get at the truth but to win favour with the NDP so he could become B.C.'s first full-time conflict commissioner.

He wrote that Mr. Hughes was appointed to that job by the NDP as a reward for taking him down. In fact, the Social Credit government appointed Mr. Hughes after Mr. Vander Zalm resigned and before the NDP swept to power in November, 1991.

Outside court, Mr. Vander Zalm's lawyer, Frank Potts, said given the years it took "for Mr. Hughes to commence the lawsuit and the fact that he thought it was appropriate to give his neighbours the book, it's a surprising verdict – but there it is and it will be up to Mr. Vander Zalm to decide if he wants to take this further." 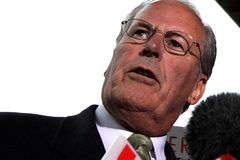 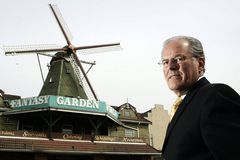 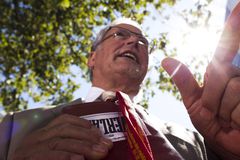 Vander Zalm in court over contents of autobiography
January 30, 2012 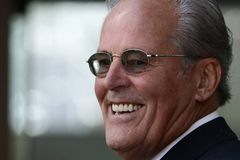