Artist Anthony Thorn moved to Victoria in 1980 from Thunder Bay, Ont., and almost immediately discovered the Art Gallery of Greater Victoria, in a residential neighbourhood close to his apartment. He became a member, and says he was welcomed and made to feel as if he might become a good addition to the artistic community.

When he read in the past couple of years about current director Jon Tupper's decision to renovate and expand the gallery in its current location, rather than continue its more than 30-year search for space downtown, Mr. Thorn was impressed with the vision. The artist asked for a meeting with Mr. Tupper, to see if he could help make it happen.

He has. On Monday, the gallery announced a gift of more than $2.5-million from Mr. Thorn to support the gallery's redevelopment.

"This is the largest single monetary gift we've had in the last 65 years. It means that we can start looking at our dreams of renovating and restoring the current location," Mr. Tupper told The Globe and Mail on Monday.

"For me personally, [it's] huge. For the gallery, even bigger. It means we can leave a legacy for the city, for Victoria for many, many years."

Mr. Thorn was born Arthur Goldman in Regina in 1927, and began to paint in 1948. His work has been exhibited across Canada, as well as in the U.S., Mexico and France. The AGGV has meant a great deal to him.

He often talked about the gallery with fondness to his sister, who still lives in Regina, and recalls her response on one occasion: "Wouldn't it be nice if you were to give the gallery a million dollars, if you had the means to do it?"

Mr. Thorn is gravely ill, dying of bladder cancer. It is difficult for him to leave the house, and he does not do telephone interviews, so he communicated with The Globe and Mail by fax. He explained that he and his wife, Jacqueline Goldman, were childless, and he had expected to leave his estate to Ms. Goldman, considerably his junior, assuming she would outlive him by many years. But she died last May.

By transferring his shares in a family company that owns an apartment building in Regina, Mr. Thorn was able to make this gift. The donation was made in the memory of Ms. Goldman.

The shares, worth $2.67-million, will give the gallery the impetus for a capital campaign, to be launched once a project budget has been confirmed.

"It's a lead donation for our capital campaign," said Mr. Tupper. It's early yet, but the gallery is looking at the potential of a $20-million campaign – in which case Mr. Thorn's donation would amount to more than 10 per cent.

"That's substantial," said Mr. Tupper. "It's substantial when we go to our government partners and ask them for contributions as well."

Architect selection for the project will be announced in February. The renovated gallery is expected to open in the fall of 2017.

Mr. Thorn says the project is important for his adopted city.

"That gallery, as one of the components of a civilized city, like the symphony and the library system, gives the inhabitants a wealth of experience and enjoyment. I am one of those who value it, wish to add to it. … It will be for those who come after me an even greater treasure." 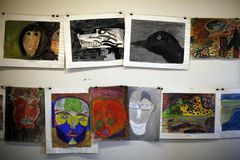 Victoria muralist is a Michelangelo of the cinder block
September 2, 2012 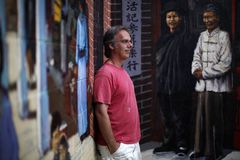 Art Gallery of Victoria to show off Communist Paradise
November 21, 2010 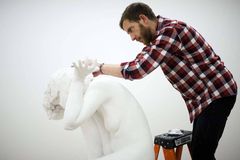 In Vancouver, surrealism in a native mask
June 3, 2011
Follow Marsha Lederman on Twitter @marshalederman
Report an error Editorial code of conduct
Due to technical reasons, we have temporarily removed commenting from our articles. We hope to have this fixed soon. Thank you for your patience. If you are looking to give feedback on our new site, please send it along to feedback@globeandmail.com. If you want to write a letter to the editor, please forward to letters@globeandmail.com.
Comments