The majority of Victoria's illegal pot shops have applied for the city's special new business licence, but more than a dozen not engaged in the process could soon face court-ordered injunctions aimed at shutting them down.

At the same time, the local health authority says a recent anonymous complaint about the cleanliness of one of these dispensaries has led to it outlawing the controversial sale of baked goods and candies in these stores, an issue that a city bylaw created last year purposely did not address.

The situation in British Columbia's capital, which, like Vancouver before it, has decided to regulate – not raid – its roughly 40 illegal shops, underscores the current confusion surrounding the grey market for a drug that Ottawa has promised to officially legalize.

Ashley Abraham applied to get a regular business licence for her Green Ceiling vapour lounge about a year ago, long before the new dispensary bylaw was passed. Last October, she had her application formally denied.

Since then, the city has handed her seven fines totalling $3,500 for operating outside its new framework.

"I'm working outside the system, but I genuinely wish I could work within it," she said.

Though she doesn't sell cannabis at her location, people can buy a range of products at the dispensary next door and come into Green Ceiling to consume them, which is currently illegal.

Ottawa is expected to table legislation this spring that will legalize and regulate recreational marijuana over the next two years. Last December, a federal government-sponsored task force recommended against allowing liquor stores to sell cannabis and suggested Ottawa let the provinces decide where it can be sold.

While the stores are still illegal under federal law, they have proliferated in cities such as Vancouver and Victoria, where local politicians argue their rules can eventually be adapted to any national framework regulating the storefront sale of the drug.

All dispensaries and compassion clubs across Canada still operate outside the federal government's medical-marijuana program, which permits about 30 industrial-scale growers to sell dried flowers and bottles of cannabis oil directly to patients through the mail.

Soon, Victoria will begin a crackdown on the 16 pot shops that didn't bother to apply to be certified through its new licensing regime, Mayor Lisa Helps told the Victoria Times Colonist earlier this week.

Using Vancouver as an example, that process could take months. Earlier this year, The Globe and Mail reported almost half of the stores continued to operate outside Vancouver's new bylaw despite some of them being subject to daily fines.

It could still be months before a B.C. Provincial Court judge decides whether to grant injunctions that the city has filed against 27 of the worst offenders.

Alex Robb, a spokesperson for the Trees Dispensary chain, said every other Victoria pot-shop owner he has talked to has applied for a new licence, but he said the process is not cheap – noting his company plans to spend more than $100,000 on architect fees and the entire licensing process in order to get its four locations approved by the city.

"I'm not complaining about the city charging onerous fees, I also appreciate that this is a highly cost-intensive process for the city to undergo," he said.

Some dispensaries, however, are complaining about the Vancouver Island Health Authority recently notifying a local pot shop that it would soon enforce a ban on any baked goods, which will affect every community in its jurisdiction. Victoria has looked the other way while most of its pot shops have continued to sell cannabis cookies and candies, a practice dispensaries in Vancouver agreed to discontinue en masse after complaints from the health authority there that these products were too attractive to kids.

Ingestible oils, capsules and pills are still allowed under the bylaws of both these cities.

Shannon Marshall, head spokesperson for the Vancouver Island Health Authority, said the agency decided to start cracking down on the sales of these certain types of "edibles" after receiving its first complaint from the public regarding the food sold at a dispensary.

"Baked goods are generally of lower risk than many other foods for food-borne illness; however the lack of oversight or quality control on cannabinoid concentrations can result in health impacts," she said in an e-mailed statement. 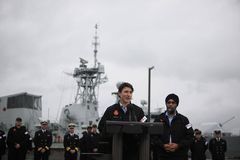