Filmmaker Christopher Nolan as well as actors Jennifer Lawrence, Matt Damon and Idris Elba, along with many others, are expected at TIFF, promoting their new feature films. But don't look for a similar constellation at VIFF, which begins Sept. 28. VIFF will screen a total of 375 films from around the world before the festival curtain falls on Oct. 13.

Jacqueline Dupuis says there are contractual obligations for performers to promote films as they open, explaining their presence at TIFF, which has more premieres. "If we had more stars participate in our festival, that would be a wonderful thing, but it's probably not a feasible expectation," says Ms. Dupuis, noting that if stars come to VIFF, "it kind of has to be out of the goodness of their heart."

But Ms. Dupuis notes that VIFF has learned audiences want to hear from creators and the 2017 version of the festival – the 36th edition – will oblige with at least 400 creators involved in varied aspects of the films on hand for the festival. Creators, she said, bring a new dimension to explaining the films that people see.

On Wednesday, VIFF outlined its programming plans for this year's festival, a mix of movies from British Columbia, the rest of North America and the world.

The legion of creators has its high-profile beginning with Mina Shum, whose new dramatic feature film Meditation Park is the opening-night gala for the festival. Ms. Shum grew up in Vancouver, the setting for this film about a Chinese-Canadian wife who fears her husband has been unfaithful. Sandra Oh and Don McKellar are in the cast. The film will be screened at TIFF ahead of its appearance in Vancouver.

"We had an opportunity to open with a local film that was made by Mina Shum. It's a very uniquely Vancouver story," she said. "It's a very sweet and powerful story."

The closing-night film for this year's VIFF is the U.S. drama Wonderstruck, directed by Todd Haynes and starring Julianne Moore. Although Mr. Haynes and Ms. Moore will not be at VIFF this year, Ms. Dupuis is glad to have his new movie. "It's a get to have that as the Canadian premiere, here at VIFF. We love Todd Haynes, a really prolific, auteur filmmaker."

VIFF will be doubling down on the creators theme with a Creator Talks program that includes appearances by Carlton Cuse, the co-creator of TV's Lost, who also shot five seasons of the recently concluded series Bates Motel – based on Alfred Hitchcock's classic film Psycho – in British Columbia.

And South Korean filmmaker Bong Joon Ho will return to the city where he shot parts of his new film Okja – a quirky story about one among many superpigs created to help feed the world – to participate in an extended In Conversation session. Okja had its debut on Netflix earlier this year. Many of Mr. Bong's films have screened at VIFF, which will, this year, be honouring him as a "VIFF visionary."

Ms. Dupuis said it's okay that many VIFF films will have been screened elsewhere because audiences in Vancouver will be aware of them, and more interested in seeing them.

She says VIFF remains relevant in an era when so many films are available through streaming services on mobile devices because people are interested in a shared experience, especially when it includes commentary from a creator. Ms. Dupuis calls it an interactive experience you can't get on an iPad.

"I always have that warm and fuzzy feeling after I have seen that first screening with a creator and hearing them talk about how they brought it to life," she said.

"Every film is a miracle – all of the different components that need to happen to bring a film to life on screen. It's really a miracle so I love hearing from the miracle workers in terms of how they did that."

Editor’s note: A previous version of this story incorrectly said this year marked the 35th year of the Vancouver International Film Festival. In fact, the festival is now in its 36th year. 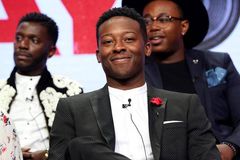 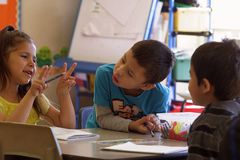