This bracing, precisely crafted satire on bourgeois life and gender roles from Swedish director Ruben Ostlund suggests a lighter, more sardonic version of Michael Haneke: During lunchtime at a French Alps ski resort, members of a Swedish family are frightened by what they mistakenly believe is an imminent avalanche. Instead of protecting his wife and two children, the husband (Johannes Bah Kuhnke) grabs his cellphone and bolts for cover, and the moment instantly alters the dynamic of the marriage. Throughout, director Ostlund uses fixed shots of the bland, Ikea-modernist ski village in contrast with the rugged alpine setting to suggest the disparity between civility and nature. Force Majeure is screening at 6:30 p.m. at the Centre for Performing Arts. Liam Lacey 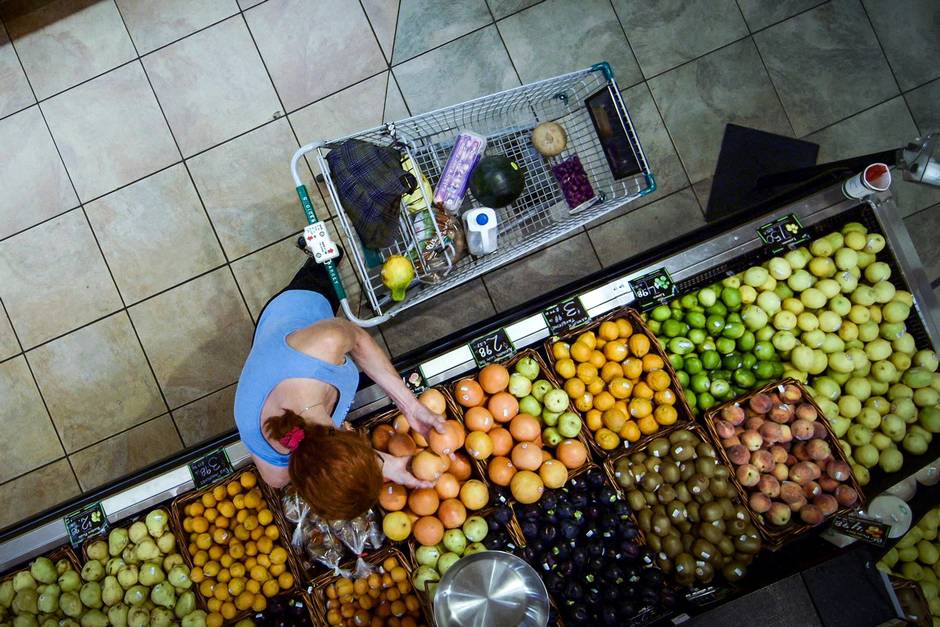 Monday marks the last scheduled Vancouver International Film Festival chance to see the smart, snappy documentary Just Eat It: A Food Waste Story that deftly recalls some aspects of the 100-Mile Diet challenge, but takes things in a fresh direction.

The film is playing at 1:30 p.m. at the Vancouver Playhouse (though organizers are working on another screening due to demand).

The 100-Mile Diet had a couple subsisting for a year on food grown within that distance of their Vancouver residence – an effort recounted in the non-fiction book.

Just Eat It features Vancouver filmmakers – and couple – Grant Baldwin and Jenny Rustemeyer launching a six-month challenge to survive only on discarded food as part of an effort to highlight massive food waste in North America.

That means dumpster diving – they recover a surprising amount of packaged food – and some haggling with supermarket staff for access to blemished, but otherwise edible produce, headed for the trash. While it might all seem a grim prospect, the film is lively, funny – Mr. Baldwin, in particular, has a dry ‘Was what I said just funny?’ sense of humour – and thought provoking.

As the film begins, the filmmakers make some surprising discoveries.

Mr. Baldwin ends up actually gaining 10 pounds from the exercise, and the couple end up recovering an estimated $20,000 in food from the trash en route to making a sobering point about food waste. In fact, they end up with more good, tasty, high-quality food than they can eat and the movie features a dinner party they hold to burn through their bounty.

Just Eat It runs on two tracks: The challenge footage and a more unsettling yarn, with commentary from activists and food-waste experts, about how up to 50 per cent of produced food ends up in the trash, uneaten. Indeed, the movie makes an argument that dumped, otherwise edible food may be contributing to global warming.

There are scenes of otherwise perfect bananas, celery and other produce dumped because they’re marginally unattractive. There’s a scene with a discovery of hummus that’s a memorable bull’s-eye in making the film’s point. Indeed, the film is likely to prompt thoughtful audiences to look at the contents of their refrigerator with a new perspective. “Wasting food is really not ethical and it shouldn’t be socially acceptable,” Mr. Baldwin said an interview with VIFF organizers. On Saturday night, Just Eat It won the VIFF Impact Award, presented at a B.C. Spotlight Awards Gala.

Another big winner at the gala was the dramatic feature Violent, the first film from Andrew Huculiak, drummer for the Vancouver-based band We Are the City. The film won the Best Canadian Film award and the Best B.C. Film award (organizers are working on an additional screening of Violent as well). There’s an interesting backstory to this one. Violent is based on one of the band’s songs. Also, it was shot in Norway.

Geneviève Dulude-Decelles won the award for Most Promising Director of a Canadian Short Film for The Cut, which has its final scheduled VIFF screening at 4:45 p.m. Monday as part of the That’ll Leave a Mark collection at the VanCity Theatre. Ana Valine won the B.C. Emerging Filmmaker Award for Sitting on the Edge of Marlene, which had its final VIFF screening Friday.