Police have announced their final batch of recommended charges more than two years after Stanley Cup rioters tore through the streets of downtown Vancouver, looting businesses, setting cars ablaze and causing millions of dollars in damage.

To date, Crown has approved 763 charges against 246 suspected rioters.

While there may be further charges in coming months, the latest forwarded to Crown represent the final "batch" of recommendations, Detective Constable Caedmon Nash of the Integrated Riot Investigation Team (IRIT) said Tuesday.

"There will still be additional charges, whether it's against newly identified targets, or for additional offences from reviewing video we see the existing targets have committed, but this will be the last batch delivery to Crown," he said.

However, police insisted that doesn't mean any outstanding rioters are home free.

"For the rioters out there that believe they can avoid contact from the police, hide from us and be disguised through anonymity, they can rest assured that we are coming for them," said Dean Robinson, superintendent in charge of investigative support services.

"When we do locate them, they are going to be … brought to justice."

Of the 27 people from Tuesday's announcement, 24 are men and three are women. They include a 36-year-old and two 14-year-olds and the average age is 20, police said. The majority – 78 per cent – are from outside Vancouver.

Among them is a 24-year-old Langley man who, at the time of the riot, was violating house arrest stemming from multiple firearms charges, Supt. Robinson said.

"During the riot, the accused was captured on film assaulting an unknown man by kicking him, while he was down on the ground, in a swarming attack … and then later was breaking into the Hudson's Bay," he said. Police recommended charges of participating in a riot, assault, break and enter and breach of recognizance.

As well, police have recommended charges of participating in a riot, break and enter and assault causing bodily harm against a 25-year-old Port Coquitlam woman who allegedly assaulted a Good Samaritan who was trying to protect an unmarked police car.

At its peak, IRIT consisted of more than 70 members. That figure dropped to 27 last summer and is now at about 10.

The police investigation cost about $2-million in all. 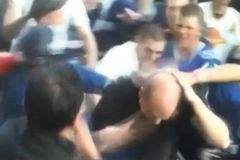 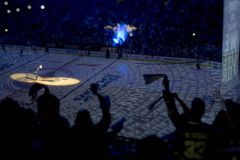 Stanley Cup rioter who claims he blacked out avoids jail time
May 11, 2018 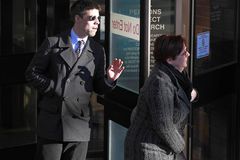 Miss Congeniality gets conditional discharge for part in Stanley Cup riot
May 11, 2018 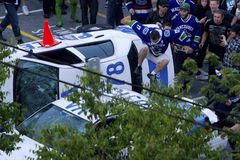