They have their own name, the Wedge Pack, and they specialize in killing. Only they are not some legendary band of Western outlaws, but wolves. And they are wreaking havoc close to the border between British Columbia and the state of Washington, slaughtering cattle on the U.S. side, then hiding out, sometimes on the B.C. side.

"I'd say at least a third of their territory includes British Columbia," David Ware of Washington's Fish and Wildlife Department said Monday, as American wildlife officials issued a shoot-to-kill edict on the marauding wolves. "Over the summer, they've made some movement north into their part of the territory up there. We suspect they may have originated in British Columbia."

The pack of wolves, believed to number at least eight, has been feasting on cows belonging to the Diamond M Ranch, a sprawling U.S. cattle spread that runs for about nine kilometres along the Canadian border just south of Grand Forks in southeastern B.C.

Ranch owner Len McIrvin said 20 wolf kills in the past few months have been documented, while another 20 Diamond M cows are missing their calves. "We're taking a terrific financial hit."

The wolves are known as the Wedge Pack because they operate mostly in a wedge of territory between the Kettle and Columbia Rivers. If they are not put out of business, his operation will likely have to surrender the land to the marauders next year, Mr. McIrvin said. "They've certainly won the first round." The cattle carnage has prompted the state's Fish and Wildlife Department to reluctantly decide to eliminate the pack, one of the first to infiltrate the area since wolves were wiped out a century ago by early farmers and ranchers.

Mr. Ware said the Wedge Pack has developed too much of a taste for beef. "Livestock densities are high, and the wolves found out they could kill 'em, and they found out they can eat 'em. … Now, that seems to be all they're eating, and that's troublesome."

But killing wolves isn't all that easy, particularly amid the dense brush cover of the Diamond M. So far, authorities have bagged only one, though they now intend to ramp up their efforts with helicopters and night-vision apparatus. Mr. McIrvin is skeptical. Prevented by the wolf's endangered status in Washington from firing away himself, he said there's no guarantee of a successful cull. "These wolves are pretty smart, and they've been training all summer to avoid capture."

Meanwhile, although the pack continues to flit back and forth across the border, both Mr. Ware and Mr. McIrvin agree its members may be safer staying put in the United States. They point out that British Columbia permits hunting and trapping of wolves, whereas those activities are banned in Washington. B.C.'s wolf population is estimated at about 8,500, and an average of 1,300 wolves are killed each year in the province.

"I wish they would stay on your side," said Mr. McIrvin, who turns 70 next April. "You Canadians know a little bit more how to handle them."

Still, Kevin Boon, general manager of the BC Cattlemen's Association, said wolves have been stepping up their attacks on livestock in B.C., too. The number of kills is up 50 per cent over last year, he said. "They come in for the deer, and stay for the cattle. It's easier to chase down a cow than Bambi."

Mr. Boon said he wouldn't be surprised if the Wedge Pack does take refuge in B.C., despite the province's hunting laws. "They can cross the border and we can't. They're smart animals. When they get some pressure [down there], they come back up." 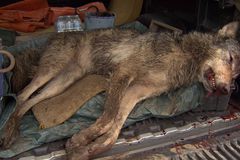 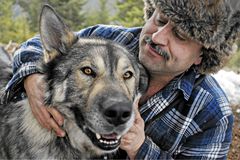 B.C. wolves distinct subspecies, research finds
March 9, 2009
Follow Rod Mickleburgh on Twitter @rodmickleburgh
Report an error Editorial code of conduct
Due to technical reasons, we have temporarily removed commenting from our articles. We hope to have this fixed soon. Thank you for your patience. If you are looking to give feedback on our new site, please send it along to feedback@globeandmail.com. If you want to write a letter to the editor, please forward to letters@globeandmail.com.
Comments