B.C. Liberal Leader Christy Clark is adopting a harder line with the rest of the country on resource development, saying her province doesn't need to carry Alberta oil to market to be an economic force in Confederation.

The governing Liberals are heading into the final week of an election campaign still trailing the opposition New Democratic Party.

A centrepiece of the Liberal campaign has been support for creating a new liquefied natural gas industry, which Ms. Clark touts as a clean alternative to Alberta oil that, once established, could retire the province's debt.

On Sunday, Ms. Clark was pessimistic about the future of either of two current oil pipeline proposals that would move Alberta's oil to the coast for export.

"The pipelines that are of most interest to British Columbians are liquefied natural gas," Ms. Clark said Sunday in meeting with The Globe and Mail's editorial board.

"We can do this ourselves and make this contribution to our country and our province without their help."

While her predecessor Gordon Campbell spent his 12 years as premier establishing a non-combative working relationship with Ottawa, Ms. Clark has taken a more aggressive approach to national politics.

"When the people of British Columbia need someone who is going to stand up at the table for them nationally, I'm going to do it," she said.

Ms. Clark said the rest of the country needs B.C. to succeed on its own terms, noting that the western provinces collectively are a growing economic force contributing to Confederation at a time when Central Canada most needs it.

"They need us more now than they ever have … because we are not in a period of economic expansion and they cannot do it without us."

Ms. Clark's government gave up its authority to conduct joint environmental reviews on the pipelines – both Enbridge and Kinder Morgan have proposals on the table – but last summer, the B.C. Premier laid out five conditions for her government's support.

Not one of those conditions – which include resource sharing, environmental protection and First Nations consultations – has been met, she said. The ball is not in B.C.'s court, she added, saying it is up to the companies, Ottawa and Alberta to satisfy B.C.'s demands.

While the Harper government has expressed an interest in seeing Alberta's oil reach new Asian markets, Ms. Clark suggested that her province's natural-gas reserves are equally as important to the country.

"The rest of the country hasn't necessarily woken up to the economic impact that is going to have," she said. "The Alberta oil proposals are facing much bigger obstacles than natural gas is."

Ms. Clark has attacked her NDP rivals, saying their policies would "kill" the natural-gas sector that is vital to the production of LNG.

The Liberal campaign is promising a "debt-free B.C." based on the prospect of an LNG industry, although revenues are not projected to flow into a promised "prosperity fund" for at least four years.

Ms. Clark began the 28-day election campaign with a significant gap to close between her and NDP Leader Adrian Dix. As the campaign heads into the final week, the polls show the gap has narrowed.

The Liberal Leader's tour returns this week to northern B.C., again using the natural-gas sector as a backdrop. Ms. Clark says she will continue the same message that her "big ideas" for prosperity will be put at risk if the province returns to NDP rule. 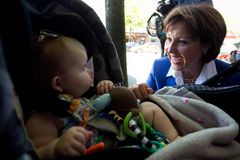 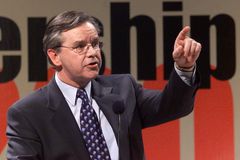 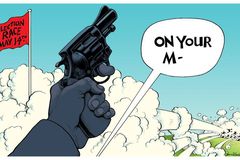 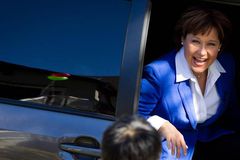 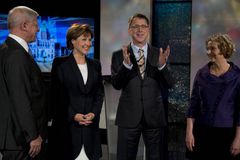 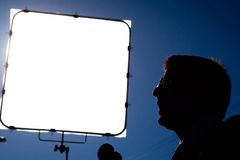 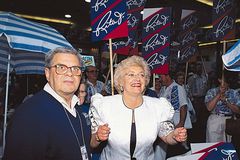