The luxury real-estate market on Vancouver's tony west side has stubborn sellers bent on outwitting and outlasting picky buyers.

For homes worth $5-million or more, patient sellers with money to burn are willing and able to wait for buyers with equally deep pockets to come along, even if it takes six to 24 months. "My clients want to sell at the right price. They don't have to sell unless they find the right buyer," said Sydney Deng, a real estate agent with Royal Pacific Realty.

In the Point Grey neighbourhood on the west side, the 18 priciest listings this week range from $5.29-million to $13.898-million. On the University Endowment Lands, asking prices for nine top-tier listings range from $5.388-million to $23.8-million.

"These high-end homes are so disconnected from the rest of the market, and there are relatively few sales in the luxury bracket," said Dan Scarrow, vice-president of corporate strategy at Macdonald Realty Group. His analysis of Metro Vancouver's most expensive houses shows a heavy concentration on the west side, where the wealthy remain rich.

The number of posh houses sold cooled off 36 per cent last year, but the volume was still 17 per cent higher than in 2010. There were 439 homes that changed hands for $3-million or more in 2012, including 107 for at least $5-million. Some luxury properties recently fetched prices almost 10-per-cent lower than what they might have garnered during the market's peak in early 2012, but the high-end market is proving to be resilient so far. "It's not a traditional market because these are individuals with so much money that they buy things that they want. Most of these people will buy places with cash," Mr. Scarrow said.

Ottawa's tightening of mortgage borrowing rules last July didn't hurt the carriage trade, but restrictions on Canada's immigrant investors did put a damper on luxury properties. Vancouver is competing against New York, London and Sydney for the attention of buyers with roots in China, Mr. Scarrow said, noting that many wealthy individuals own several properties.

Ms. Deng represents the sellers at 4608 Northwest Marine Drive in Vancouver's Point Grey. Her clients are currently asking $13.898-million, down from the original $15.5-million in September of 2011, but higher than the temporarily reduced asking price of $12.98-million in March of 2012. The property sold for $6.98-million in 2009 and was assessed at $8.778-million on July 1, 2012. Ms. Deng points out renovations over the years to enhance the corner lot across from Locarno Beach. "It isn't very urgent for these kinds of sellers. They have the power to hold onto the property. It is for the right buyer who appreciates the mountain and water views," Ms. Deng asserts. "Like art, it is hard to value. The assessed value is too low for a unique property."

Despite Vancouver's softened housing market, don't shed a tear just yet for elite homeowners. Of the top 12 highest assessed homes in British Columbia, 10 are on Vancouver's west side and the other two are in the municipality of West Vancouver, according to BC Assessment. Topping the list is 4707 Belmont Avenue, in Point Grey, with an assessed value of $39.27-million on July 1, 2012. Another property, at 4743 Belmont Ave., rounds out the dreamy dozen with an assessed value of $21.09-million. Ten of the top 12 have seen an increase in the latest assessed value.

While high-end sellers are digging in their heels, buyers are being fussy. "It is hard to find the right house with a huge lot," said Julia Lau, an agent with Homeland Realty. Ms. Lau represents a Chinese immigrant family seeking a home in the range of $20-million to $30-million, though no listings have struck the buyers' fancy yet. "They have the money, but I cannot find anything suitable for them," she said.

Original asking prices for Vancouver's most expensive homes are sometimes millions of dollars over what they ultimately sell for – part of the psychological game by sellers to get on the radar of prospective buyers looking for the top 50 or 100 priciest listings, said Cameron Muir, chief economist at the B.C. Real Estate Association. "The luxury market is more finite and there are a much smaller number of potential buyers. The uber rich can be fickle," Mr. Muir said. 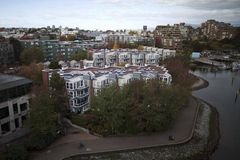 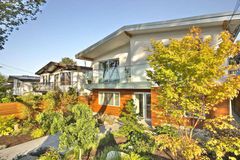 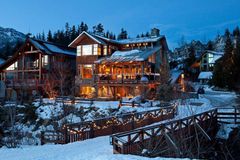 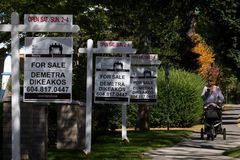 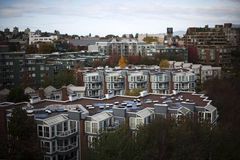