The dark houses in West Vancouver are so prevalent on some streets that Mayor Michael Smith worries about how his community is functioning.

He would like to see a heavy tax on houses that are used as investments or secondary residences, just like the $20,000 a year he pays in taxes for his vacation house in Kauai, Hawaii.

"As a society, we need to decide whether homes are for people and families or whether they're investments," Mr. Smith said. "If it's not your principal residence, you should pay more in tax. The best way to stop this is to make it punitive."

In Coquitlam, residents are also noticing dark condos in the new high-rises around the city centre. But Mayor Richard Stewart said it is not seen as such a bad thing.

"We raise taxes to pay for city services and, if someone is paying taxes but not consuming services, most people don't have a problem with that," he said.

The white-hot issue of housing affordability has been mostly focused on the west side of Vancouver, but the issue of vacant houses and foreign capital is bubbling up in municipalities across the Lower Mainland, and as in Vancouver, few people agree on what, if anything, to do about it.

A map generated by the local company Mountain Math Software using 2011 census data shows pockets around the region with relatively high rates of what are labelled "dwellings not occupied by usual residents."

That means they were vacant or someone other than the owner, but not a long-term renter, occupied them when the census was done in May, 2011.

It was at 24 per cent in central Surrey, where high-rises are being developed around the SkyTrain station.

That is higher than the 22-per-cent rate in Vancouver's Coal Harbour, which was pegged in news reports two years ago as a prime example of a neighbourhood dominated by investor or vacation homes.

One small area of Port Moody shows up at 20 per cent; the central part of West Vancouver above Highway 1 is at 14 per cent; a few parts of central Burnaby along Kingsway, which has seen a lot of high-rise building in the past decade, are at 11 per cent.

The average rate in other large Canadian cities is around 5 per cent, which accounts for people on vacation or places sitting empty between owners.

A debate on that topic broke out at Metro Vancouver last week as council delegates grappled with their other housing problem: a shortage of places for low-income people, which are not being produced in anywhere near the quantities needed.

Mr. Smith said he would like to see a tax on vacant homes – something the city of West Vancouver's lawyers have told him only the province can create – used to build some of that low-cost housing.

Like everyone in Vancouver, he has no exact count of what is owned by a foreign investor and what is being left vacant by a long-time homeowner, recent immigrant or temporary resident.

Statistics from the Greater Vancouver Real Estate Board say foreign investors account for 0.5 per cent to 2.5 per cent of residential real estate in various Lower Mainland municipalities, a number that is much lower than the census data on unoccupied dwellings.

Other mayors around the region say they are also hearing stories about vacant homes and residential property being used for only investment purposes, to a greater or lesser degree, but they are not sure a tax would be workable.

In the District of North Vancouver, Mayor Richard Walton said there has been a spate of tear-downs of 1950s houses, and one street near him appears to have few year-round residents.

"We know it's an emerging issue." But he said it would be complicated to charge a tax. He said some wealthy long-time owners in North and West Vancouver leave their houses empty while they travel extensively.

In Surrey, Mayor Linda Hepner said the topic has bubbled up because of people complaining that investor-owners dominate their strata councils (And the debate is over those investors' desire to rent out the units, so dark condos are not the problem.)

But Ms. Hepner sees the investments as an overall positive.

"That just propels the construction of high-rises and helps us build our downtown."

In Richmond, Mayor Malcolm Brodie has been hearing the complaints about vacant houses for 30 years, since the city was transformed from a largely white community to an immigration hot spot.

"People are feeling the neighbourhoods are eroding to a certain extent," he said. "But I don't know of an effective way to deal with it." 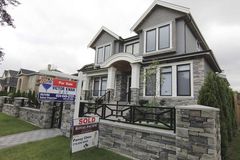 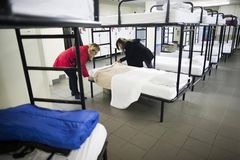 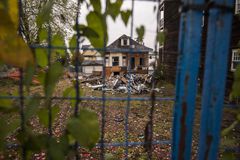 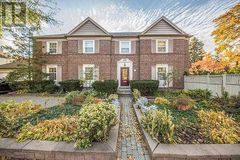 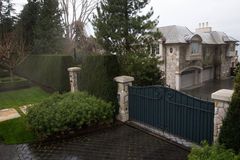 B.C. government must stop hiding from the data on house buyers
November 3, 2015 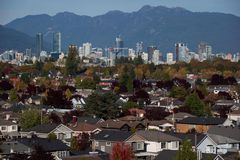