Given the track record of recent casino proposals in British Columbia, it might seem the appetite for such projects has run its course.

Vancouver nixed an expanded casino in 2011. Surrey voted down a $100-million casino complex in January. Despite those rebuffs, Joe Hall looks around the province and sees open arms.

That's because he's looking at the terrain from his viewpoint as chairman of the British Columbia First Nations Gaming Initiative, a group set up to push for a bigger native role in the provincial gambling sector. Having spent the past couple of years trying – and failing – to persuade the province to change its policies, the first-nations gambling committee said it's ready to act on its own, by setting up gambling operations on reserve land and risking potential consequences, including possible legal action by B.C. or Ottawa.

Unlike other provinces, including Manitoba and Alberta, B.C. has not developed policies to share gambling revenue with natives.

"The province and, to some degree, the federal government just don't seem to be interested in doing it the easy way," Mr. Hall said.

B.C. first-nation groups have been lobbying for a share of gambling revenue since at least 1993. Plans for a provincial First Nations Gaming Commission got under way in 2010. Mr. Hall expects the group to be formalized and commissioners named this year.

To date, the B.C. government has declined to change course, saying the gambling sector is already close to saturation. The only native-owned casino in B.C. is part of the St. Eugene Resort near Cranbrook.

"This is not a business where, if you build it they will come," said Rich Coleman, minister responsible for gambling. "Some people think that's the case but it really isn't; you have to have it sized to the marketplace."

First nations understand the concept of market saturation, Mr. Hall retorts. That's why they were angered by the proposed casino in Surrey – which, had it been approved, would have gone up near where the Semiahmoo First Nation was mulling a casino development of its own.

"It was on their [Semiahmoo Nation] traditional territory, they hadn't been consulted and it would have had a direct impact on them. And they had spoken about a casino years ago and really made no progress with the provincial government," Mr. Hall said.

The committee is looking at sites in areas including Vancouver Island and the Okanagan. As for capital, Mr. Hall said the group has that lined up as well, in the form of partners willing to invest.

In Canada, 15 native-owned casinos operate under various provincial regimes, ranging from Ontario's centralized model – natives share revenue from the Casino Rama operation near Orillia – to ones that feature several casinos, as in Saskatchewan.

There are pros and cons to every model but all – except B.C. – feature revenue-sharing, said Yale Belanger, an associate professor of native American studies at the University of Lethbridge who has written extensively on native gambling.

As to whether casinos have delivered the economic benefits first nations hoped for, results are mixed.

Management fees and debt-servicing costs take a big chunk of profits. So do provincial governments. Alberta, for example, takes a 30-per-cent cut of revenues generated by native casinos – a percentage that Dr. Belanger maintains should be reduced.

"Even though there are dollars now circulating in these [aboriginal] communities, there's a substantial portion that should be making it to those communities that isn't," Dr. Belanger said.

The location of B.C. first nations near or in sizable urban centres in the Lower Mainland, the Okanagan and elsewhere in the province would suggest there is potential for profitable native-owned casinos, he said. But the political terrain is less inviting.

"B.C. in terms of its lack of response is indicating that first nations don't fit into their gambling plans," Dr. Belanger said.

Mr. Hall, meanwhile, said his committee has been talking to counterparts in other provinces to learn from their experiences in finding operators, building facilities and setting up sound financial and management systems.

"We have the luxury of someone else walking through all those spiderwebs and maybe clearing a bit of a path for us." 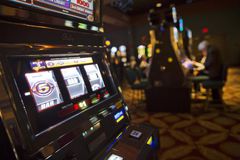 Seeking out the ghosts at the slot machine
March 5, 2013 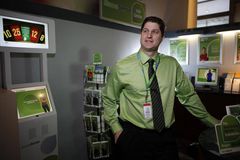