"We don't want to name specific mines that we expect will be opening. … However, we are confident that we will be able to get those eight mines moving forward," says Jobs Minister Pat Bell after a commitment is made to speed up government approvals for new mines.

A seismic change is taking place across B.C. after 10 years of sustained growth in mineral exploration and mining. Exploration spending has never been as high as this year, exceeding $500-million. British Columbia's Environmental Assessment Office is currently reviewing 25 mining projects with a potential capital investment of $11-billion.

As part of a new jobs program, Premier Christy Clark announced the government will speed up approval for new projects, helping to open eight new mines and expand nine operating mines by 2015. The new projects were expected to create 1,800 new jobs in an industry that now provides jobs for about 12,000 people.

Ms. Clark was uncharacteristically restrained in her commitment. If commodity prices, which drive exploration and production, hold up, B.C. could easily have even more mines.

Neither Ms. Clark nor Mr. Bell would identify the mines. However, the information is by no means secret. Mining activities are well-document by the government's own Ministry of Energy and Natural Resources, which posts a list online of all operating mines, mines that are temporarily shutdown, mining projects under development and mine expansion projects.

Pierre Gratton, president of the Mining Association of Canada, said B.C. is "blessed" by having three commodities in high demand: copper for electronics, and coal and molybdenum to make and strengthen steel. He pinpointed 16 projects that Ms. Clark could have in mind when talking about new or expanded mines.

At the top of her list might be New Afton, an underground copper and gold mine near Kamloops that is scheduled to start production in June, 2012, he said, adding that the mine could create jobs in the several hundreds. Mt. Mulligan, a copper and gold open-pit mine outside Prince George currently under construction, is expected to create up to 500 jobs. The Red Chris mine in northwest B.C., another open-pit copper and gold mine, is in the final stages of regulatory approval and scheduled for completion in late 2013. Once that mine is in production, Ms. Clark will be well on her way to reaching her jobs targets.

Mr. Gratton listed off mines in the northeast, the southeast and Vancouver Island that were in the federal and provincial environmental assessment processes. He also mentioned mines that are undergoing modernization and expansions in the southern Interior, and plans for some new mines just being developed.

Most of the mines were moving toward approval without controversy. Native bands that fought development on their lands in previous decades are now interested in signing participatory agreements with commitments for jobs, training, environmental protections and revenue sharing.

Some, such as the underground Raven coal mine outside Courtenay, the Ajax Mine in Kamloops and Taseko's Prosperity Mines near Williams Lake, have stirred considerable opposition. But they may yet go ahead.

In making her commitment, Ms. Clark may have been sensitive to the lengthy lag time between the eureka moment of exploration and cutting the ribbon at the start of production. The time varies, depending on size and type of mine. An isolated site may require road building and a new power source.

There is no average length of time for approvals, a mining expert said. Under two years for government approval is rare; six years was not unusual for larger projects involving extensive reviews and complex financing.

Also, mining is, of course, a highly speculative business. But the promise of eight new mines and nine expansions appears to be rock-solid. 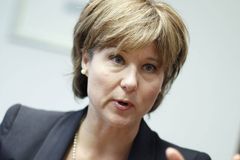 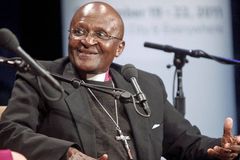