Fern Levitt went on a two-day sled-dog excursion with her husband in 2010 and loved it. When they asked the Ontario operation if they could see where the dogs lived, they were taken down the road – and were horrified.

"It was this field of blue plastic barrels with these dogs all on chains. It was getting toward spring so it was muddy and it was dirty, and the dogs were running in circles. I couldn't believe my eyes," Ms. Levitt said. "I thought: My God, what did I do? What did I just participate in?"

The following year, when news broke of the post-Olympics sled-dog cull in Whistler, B.C., Ms. Levitt – who had adopted a dog, Slater, from that first operation – started thinking about applying her work as a documentary filmmaker to examining the treatment of sled dogs, both in commercial and competitive operations.

"I wanted to find out: Is this a humane industry or isn't it? With documentaries like Blackfish and The Cove, we're starting to question our relationship with animals, and I started to question mine," she said from her home in Toronto. "Is dog sledding really something that dogs love? Or is there something behind the scenes that we the public know nothing about?"

Her documentary Sled Dogs will have its world premiere near ground zero of the sled-dog controversy – at the Whistler Film Festival. The film won't screen until this weekend (it will also air later on the Documentary Channel), but it has already caused a storm. One of its major subjects says the project was misrepresented to him. The film has received a lot of heat on social media, and so has the WFF. The festival has also received letters from lawyers asking it to pull the film.

"There's been a lot of activity from the commercial dog-sled industry in reaction to a two-minute trailer," said WFF executive director Shauna Hardy Mishaw. She urged people to wait until they've seen the film before drawing conclusions.

"We are giving the filmmakers a platform to share their stories, and that's what the Whistler Film Festival is all about. Sometimes we have to be brave and bold, and this is one of those instances where we felt it was very important to tell this story and for the best interest in our community."

In a statement, WFF director of programming Paul Gratton said the festival believes the documentary is well researched and gives voice to different points of view. "We are confident that once the film is screened, many of the concerns expressed by the commercial dog-sled industry may be alleviated or at least somewhat mitigated."

The film focuses on two sled-dog operations – one in Snowmass, Colo., that was investigated for animal cruelty and one in Moonstone, Ont. – a rookie musher in Alaska and the 2010 Whistler cull and its aftermath. It includes heartbreaking, sometimes disturbing footage: dogs getting sick or dying during the thousand-mile Iditarod race; puppies that appear to resist training efforts and, from the Ontario operation, the discovery of a dead dog while filming.

Patrick Beall, the rookie musher, says he feels betrayed by the filmmakers. It was his understanding, he says, that the film was about his first Iditarod – not an exposé of the sled-dog industry.

"I obviously would have never agreed to be a part of that because that's just not obviously my viewpoint," he said from Colorado, where he now lives in a cabin with his dog. "The plain fact is that's just not what I signed up for."

He added that any industry has its bad apples. "It's a shame, but that's in no way, shape or form part of the world that I live in, having to do with sled dogs, not even close."

On social media, some people in the industry have expressed concerns that the film paints all operations with the same, inhumane brush.

But Ms. Levitt says she did not go into the project with an agenda.

"I went in searching. I went in looking. Honestly, I didn't want to do this. My documentaries are on human rights," she said. "But I couldn't turn away. Every time I thought of Slater … and especially what happened at Whistler, it kept nagging at me. I've done documentaries on people that have sacrificed their lives to make the world a better place. And they couldn't turn away from things that weren't right, and I felt that with respect to them neither should I. 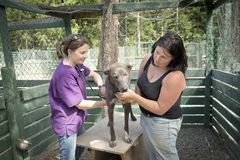 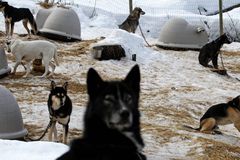 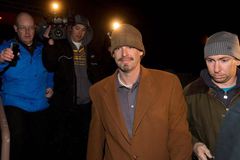