Deborah Sharp Furlong, the wife of former VANOC CEO John Furlong, has been killed in a car crash in Ireland.

A spokeswoman for Mr. Furlong confirmed the death on Friday.

A statement from Mr. Furlong said Ms. Furlong died in "an automobile accident while driving alone while on vacation in the southeast of Ireland on April 11."

Police in Ireland say the 48-year-old was seriously injured when the car she was driving collided head-on with a 4x4 vehicle near Gorey, Ireland.

She was taken by air ambulance to hospital where she was pronounced dead.

Police say the driver of the second vehicle, a man in his forties, was only slightly hurt.

Mr. Furlong, currently the executive chair of the Vancouver Whitecaps, headed the Vancouver 2010 Olympic Games, steering the event through challenges that included a lack of snow at some venues and the accidental death of Georgian luge athlete Nodar Kumaritashvili on the first day of the games.

Last year, Mr. Furlong became embroiled in a legal battle with the Vancouver weekly the Georgia Straight and writer Laura Robinson over an article she wrote for the publication that contained allegations about his time as a volunteer teacher in Burns Lake, B.C.

The full statement from John Furlong:

It is with a broken heart that I must tell you of the death of my beloved wife Deborah Sharp Furlong as a result of an automobile accident while driving alone on vacation in the southeast of Ireland on April 11, 2013.

While our extended families are beyond words over this loss, we would like to thank our friends and well-wishers for their heartfelt concern and condolences as our families face this sudden and painful tragedy. 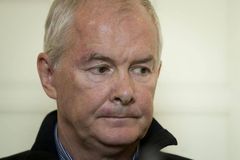 Allegations of abuse at the hands of John Furlong divide B.C. town
May 3, 2018 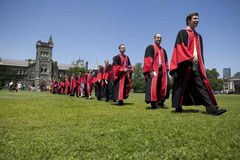