Those are not the types of police bulletins you expect in small communities, but they have become familiar to those living in Williams Lake, B.C. At least three First Nations gangs with roots in nearby reserves are at war in and around the small ranching and lumber town in British Columbia's Central Interior.

It may look like paradise, but some ugly social undercurrents are surfacing as gangs known as the 712, Indian Outlaws and Chilcotin Rebel Warriors clash over drugs, money and revenge. The violence has flared on reserves such as Soda Creek and Anaham, leaving native leaders in despair.

In a joint statement issued on April 27, six chiefs from the Tsilhqot'in National Government pleaded with the province to do something: "Over the past few years, a number of Tsilhqot'in members and members of other First Nations have lost their lives through the increased violence in the region," they stated. "It is very clear that there are not enough resources devoted to First Nation communities to handle this escalating situation."

The incident that sparked that statement occurred on April 25, and involved gunfire in the streets of Williams Lake.

Schools were locked down and city buses stopped running for hours while police responded to gunfire aimed at a house where Indi Ron Johnny once lived.

Mr. Johnny, whom the Williams Lake Tribune described as "one of the city's most prolific offenders," was killed in a targeted shooting on March 30 that police said was "gang related," though his affiliation wasn't given. His death clearly didn't end things.

Chief Joe Alphonse, tribal chair of the Tsilhqot'in National Government, has been warning about gang violence in the region for years. He first pleaded with the province for help in 2010, after a violent incident in which members of the 712 gang burst into a house, grabbed a young man and "took a machete to his head," injuring him.

A few months after that in an unrelated incident, Williams Lake was shocked by a violent carjacking, in which a woman was attacked and her car stolen, when she stopped to help the driver of a pickup truck that had careened into a ditch. Jonathan Billyboy was arrested the next day and convicted in 2011 of robbery, flight from police and dangerous operation of a motor vehicle. No gang affiliation was mentioned in his case, but the incident was a sign of escalating violence in the town.

In 2014, Corey Huu Le was killed in what police called a targeted shooting, prompting his family to issue a statement saying he "was not part of any gang," contrary to local media reports, and urging there be no retribution. "Enough is enough," the family said of the violence. But it did not end. On Jan. 2, 2015, police found Jesse Frank's body under a bridge near Soda Creek, in another targeted homicide, which police indicated was part of "ongoing violence between aboriginal gang members."

On June 6, 2015, people in two vehicles conducted a blazing gun battle as they raced through a residential area of Williams Lake, and police said it was a miracle that no innocent bystanders were hit.

Last August, a police emergency response team was called to the small Anaham reserve after gunfire erupted around the local baseball diamond. And then, on Jan. 2, 2016, on the anniversary of Mr. Frank's slaying, two men were shot in Williams Lake.

"Yeah, it's been escalating," Mr. Alphonse said in an interview. "In the past, we were having rumbles between the parties, fist fights, then machetes started coming out, and now we're at the point where a couple of lives have been taken. We are concerned about the overall state we are in."

His generation did not have gangs, he said. Instead, they were "buried in sports," but somehow native youth lost that connection. "Everybody had a hockey stick and a pair of skates in those days … now I'd say one in 10 of our youths are involved in sports. … We need to get back to those ways," he said.

Mr. Alphonse said he knows many of the young men who have been shot or arrested for violent, gang-related crimes.

"They come from good families, but we are also in a community where some of the families do not have the resources to go out and do things," he said. Many are so poor they cannot afford gas to drive into the country to go camping or hunting.

Young men, he said, turn to the gang life out of desperation.

Mr. Alphonse said Premier Christy Clark has promised to address the gang problem in Williams Lake. But he said he thinks she also needs to deal with the issue of poverty.

The Tsilhqot'in National Government, he said, would like the whole justice system examined. Maybe, he said, spending more money on police and jails is not the answer. Mr. Alphonse said he would like to see increased funding for social programs for youth – activities to reconnect them with their culture and give them hope.

"This [latest shooting], people think it will be the last incident," he said. "But it keeps escalating, it just keeps getting bigger and bigger. It's time to deal with this."

B.C. and other provinces should pursue idea of more First Nations courts
March 27, 2016 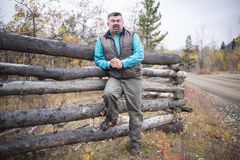 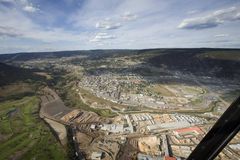 Panel probing teen’s death urges better mental-health services in rural B.C.
April 15, 2016
Follow Mark Hume on Twitter @markhumeglobe
Report an error Editorial code of conduct
Due to technical reasons, we have temporarily removed commenting from our articles. We hope to have this fixed soon. Thank you for your patience. If you are looking to give feedback on our new site, please send it along to feedback@globeandmail.com. If you want to write a letter to the editor, please forward to letters@globeandmail.com.
Comments