In the early 1980s, government restraint sent thousands of people into the streets in British Columbia in protest. On Tuesday, the government of Premier Christy Clark introduced a budget as tightfisted as any the province has seen in 30 years.

Still, it's unlikely to ignite the kind of social unrest unleashed by the earlier restraint budgets of Social Credit premier Bill Bennett.

There were enough early references in Finance Minister Kevin Falcon's budget speech to Greece and to the perils of governments that disregard basic economic imperatives that it was easy to tell the direction his fiscal plan would take. What was surprising was the degree to which the B.C. Liberals both cut and held the line in key spending areas and began bending the cost curve downward in other traditionally big-spending portfolios, such as health and education.

B.C. is the most fiscally conservative government in the country at the moment.

"The landscape is littered with governments that have forgotten the importance of managing spending and taxation prudently," Mr. Falcon said in his budget speech. "Now they find themselves in very dire situations."

He didn't mention Ontario. But he didn't need to.

Like all budgets, this one is as much a political document as it is an economic one. The Liberals have been hemorrhaging support from the right flank of their coalition. Ms. Clark, whose roots in the federal Liberal party run deep, desperately needs to establish her fiscal-conservative bona fides in order to arrest the damage being inflicted to her party by the resurgent B.C. Conservatives.

This may have done it.

Everything about the budget seemed to be couched in prudent, cautious terms.

The fiscal plan also includes $800-million in contingency funds over the next three years.

Over the next few years, the budget forecasts Health Ministry spending to increase by an average of less than 3 per cent a year.

In all, the budgets of 14 of 17 ministries have either been cut or increased by less than 1 per cent over the next three years.

Mr. Falcon seemed almost embarrassed to admit that the province's debt-to-GDP ratio was going to inch up to 18.3 per cent in 2014-15 before – if all goes according to plan – it begins to go downward again. (B.C.'s accumulated debt will hit $66-billion in two years). By contrast, Ontario's debt-to-GDP ratio is 37 per cent. The country's as a whole is 35 per cent.

Robert Plecas, a top bureaucrat in the B.C. government throughout the 1980s and 90s, said the budget could easily have been crafted during B.C.'s notorious restraint era.

"It's a bit of a throwback budget to be sure," said Mr. Plecas, who was known as Dr. Death for his role in crafting the infamous restraint budget of 1983 which put a vise-grip on spending and lowered the boom on public-sector unions.

"When you look at what they're doing with FTEs (full-time equivalents) in government, at the end of it they're likely going to have the lowest public service numbers since the 1970s. Even during the restraint era of the 1980s, we had more."

But Ms. Clark's government appears intent on making those cuts without ripping up contracts the way she did with teachers when she was education minister under Gordon Campbell in 2001 and the way Bill Bennett's government did in 1983. Consequently, this budget is unlikely to incite widespread public-sector protests.

Also, it is a different time, and governments around the world are discovering what happens when you spend without regard to the future.

Ms. Clark is betting British Columbians will support the kind of restraint this budget represents, even if it comes at the expense of workers who haven't seen a raise in years.

By the end of the day, Ms. Clark was warning the legislature about the billions she claims the opposition New Democratic Party has pledged to spend to finance programs she says the province can't afford. That is in contrast, she said, to her government, which manages tax dollars prudently.

As much as anything, Tuesday's budget established the ground upon which next year's election will be fought. 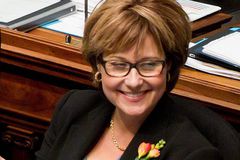 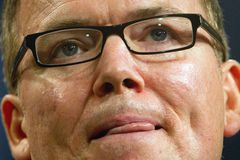 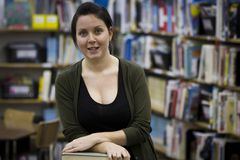