The woman who accused Steven Galloway of sexual assault and harassment says her complaint to the university just over a year ago was not about a consensual relationship with Mr. Galloway – who was fired as chair of the creative writing program at the University of British Columbia, where she was a student.

"This was a serious complaint," Joanna Birenbaum, the lawyer representing a woman identified only as main complainant (MC), told The Globe and Mail on Thursday from Toronto. "MC made serious allegations."

MC released a statement on Thursday through Ms. Birenbaum, the first time she has spoken publicly since Mr. Galloway was suspended as a result of her allegations.

Related: Under a cloud: How UBC's Steven Galloway affair has haunted a campus and changed lives

"The public should be clear, that MC's report to UBC was not about a 'consensual affair,'" reads the statement.

"The allegations that were investigated in this case include that Mr. Galloway sexually harassed and sexually assaulted MC."

Mr. Galloway was suspended with pay last November and fired in June without severance due to breach of trust. This followed a months-long independent investigation by former B.C. Supreme Court judge Mary Ellen Boyd and subsequent reviews by the dean of arts and then-president.

Mr. Galloway is a bestselling author and well-known figure in the literary community. And with very few details released, speculation was rampant.

MC issued her statement in response to Mr. Galloway's. "He wouldn't appear to be apologizing for the finding he has admitted was made against him by Ms. Boyd, which was misconduct for 'inappropriate sexual behavior with a student': conduct which is an abuse of trust and his position of power. Mr. Galloway has not made clear to whom he is apologizing or what he regrets, other than presumably the consequences to him. His reference to the 'tragedy' of the events does not explicitly consider the devastating impacts of abuse of power on women affected."

MC's lawyer said that while other complainants in the case have received redacted copies of the Boyd report after filing Freedom of Information requests, Mr. Galloway challenged MC's FOI application. According to Ms. Birenbaum, Mr. Galloway asked the Office of the Information and Privacy Commissioner of B.C. to review UBC's decision to release the relevant portions of the report to MC. She said a letter from OIPC, dated Aug. 24, indicates that the office has until May 16, 2017, to deal with the request. But because of high volume and limited resources, it could take longer.

"Essentially, through the information and privacy process, Mr. Galloway could prevent MC from receiving a copy of the report until 2018 or possibly longer," Ms. Birenbaum said.

The statement says MC is "committed to preserving the fairness and independence" of a grievance Mr. Galloway has brought about his firing, which is to be conducted in March, 2017. "Mr. Galloway is instead waging a battle in the press."

Mr. Galloway's lawyer did not respond to a request for comment on Thursday.

An open letter to UBC from a group calling itself UBC Accountable has requested an independent inquiry, but MC's statement says there is no need because of the labour arbitration. The open letter – written by author Joseph Boyden and signed by more than 80 literary figures including Margaret Atwood and Madeleine Thien, has provoked heated debate.

"MC looks forward to the fulsome airing of the facts which formed the basis for UBC's decision to terminate Mr. Galloway's employment with UBC and to her being able to talk about the details of what happened," the statement reads. 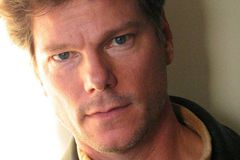 Steven Galloway case divides Canadian scholars
November 21, 2016
Follow Marsha Lederman on Twitter @marshalederman
Report an error Editorial code of conduct
Due to technical reasons, we have temporarily removed commenting from our articles. We hope to have this fixed soon. Thank you for your patience. If you are looking to give feedback on our new site, please send it along to feedback@globeandmail.com. If you want to write a letter to the editor, please forward to letters@globeandmail.com.
Comments are closed