Kristin Henry and her supporters wanted media attention for their protest against the controversial Site C dam project, and at Day 19 of her hunger strike, they got it.

But it came at a heavy cost: Ms. Henry was admitted to hospital because her heart rate had fallen dangerously low.

Since March 13, the 24-year-old Vancouver woman had subsisted on water, tea and vegetable broth. People who do not eat any food and drink only water can last up to 60 days on a hunger strike before they die. But they can succumb more quickly than that, as Ms. Henry must have realized when she was taken to the hospital by ambulance last Thursday.

She has said she wants to return to the front lines, but she was still in hospital on Friday, when Elizabeth May, Leader of the Green Party of Canada, showed up at the protest site outside the BC Hydro building in downtown Vancouver.

Sage Birley, a supporter of the protest, said Ms. Henry was sorry to miss Ms. May's visit, but "was pretty frustrated and a little shaken up" by the sudden decline of health that sent her to hospital.

She was frustrated because, after nearly three weeks, the protest had not caused any political movement on the issue, and shaken because facing your own mortality is frightening – especially when you are in your 20s and just starting out in life.

Mr. Birley, a farmer from the Peace River region who came to Vancouver to join the protest, said he and others are hoping Ms. Henry will give up the hunger strike. "It's been greatly concerning to see how it has impacted her health," he said from the hospital. "We don't want to see her really harm herself."

Ms. Henry lay in a nearby bed, awaiting medical tests, and was too weak to do an interview.

Mr. Birley said he and others feel Ms. Henry's fast has been a success because it has drawn attention to the protest and made people talk about Site C.

In a statement, Ms. May expressed admiration for Ms. Henry's courage, but also concern. "During a hunger strike, you feel physically very well and it's easy to ignore your health as time goes on," Ms. May said.

"Having been through the physical and emotional pressure of a hunger strike myself, I'm very concerned for Kristen's health," she said. "However, I'm grateful to her for reminding us that it's not too late to stop Site C."

Ms. May said she hopes Ms. Henry will "listen to the advice of your doctor," and will take care of her health while she continues to protest against the Site C project.

Ms. Henry is certainly within her rights to put her own life on the line in a fight against the dam, but like any protester, she needs to reassess her strategy by asking: Is it working?

The protesters had hoped a hunger strike would draw a lot of media attention, create public support, and put political pressure on Ottawa to step in and stop the project, which has the full support of the B.C. government.

But the protest, so far at least, has not succeeded. The media coverage has been minimal, except for a flurry of stories about Ms. Henry's collapse, the Liberal government in Ottawa has ignored the small group, and there have been no mass rallies against the dam. Perhaps all of that could still happen, as there is still opposition to the project.

A small group of aboriginal and non-aboriginal protesters had a camp in the Peace River Valley for a time, blocking access for BC Hydro construction crews, but that was removed recently by an injunction. Some First Nations are still in court trying to block the project, but BC Hydro has been pushing ahead in the meantime, clearing the site for construction. So time is running out.

The protesters in Vancouver are hopeful the public will raise a ruckus over the project and persuade Prime Minister Justin Trudeau to get involved. It is hard to see where that push will come from, but Ms. Henry's desperate hunger strike will likely increase the resolve of the protesters, not diminish it, so they may yet succeed. 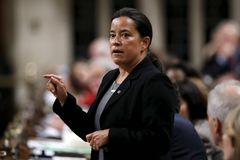 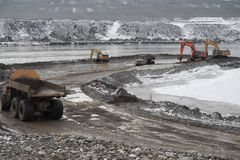