When Joyce Kilmer wrote the immortal words, "I think that I shall never see/A poem as lovely as a tree," he probably never dreamed of the day when a legion of Canadian poets would rally to save an entire forest grove.

But that's what has come to pass in the Township of Langley, just outside Vancouver, where a group of writers is trying to stop council from selling a 10-hectare parcel of land, by having their poems strung to the trees.

Some of the poems have come from writers who have won Governor-General's Awards, such as Lorna Crozier, Don Domanski, E.D. Blodgett, David Zieroth and Stephanie Bolster.

"It's really quite touching," said Susan McCaslin of the act of tying a poem to a tree with a piece of string or ribbon. "You feel a connection between the tree and the writer and the community. You are reminded this tree will be here for generations – if we can just save this forest. It is quite humbling."

Last weekend 140 poems were strung up in what's known locally as the McLellan Park Forest. The hope is to raise public awareness about the forest and pressure the local council to make the area a park, instead of selling it to developers. More poems are to be added this weekend in advance of a council vote on the matter on Monday.

Ms. McCaslin, an award-winning B.C. poet who lives near the forest, started the Han Shan Poetry Project to support a group of residents known as WOLF (for Watchers of Langley Forests) who are fighting council's plan.

Langley council wants to raise money to build a new recreation centre. As an alternative to putting the land on the open market, however, where it would be snapped up by developers, council has offered to sell the property to WOLF for $3-million. The deadline for closing that sale is Dec. 17.

Scott Perry, one of WOLF's founding members, said a two-month fundraising drive by the group has so far raised less than $50,000.

"That may not seem like a lot, but we have no fundraising expertise, and it took us a lot of time just to get organized and registered as a society," he said.

Mr. Perry said two adjacent parcels of land came up for sale this year, and the group convinced council to set aside the first parcel. When WOLF sought to save the second parcel, however, the proposal to purchase it came up.

"This is really precious land," said Mr. Perry, noting most of Langley's old forests have given way to agricultural or urban development. "We need to work on saving this."

Langley Mayor Jack Froese said council needs money for a project, and developers have already made offers for the forest land, so councillors know it can be sold quickly.

"There's an investment there [in the land] and we'd like to see that investment turned into something else. There are others who say hold it, that's our land and we want to keep it forever because it has trees on it … we need to find a balance," he said.

"I certainly encourage what they are doing," Mr. Froese said of the WOLF activists who are trying to raise money. "I love seeing community come out and do that, but at the end of the day council will have to sit down and debate it. Whichever way it goes it's going to be a tough decision."

Ms. McCaslin said she is getting about 20 new poems a day, and she hopes council will take notice of the outpouring of concern from so many distinguished writers.

"I've been getting a flood of poems from all over Canada," said Ms. McCaslin, who has published over a dozen volumes of verse herself, including Demeter Goes Skydiving, which won the Alberta Publishers Award last year.

"The forest there is not old-growth technically, but most of the trees are 140 years old and there's an old black cottonwood in there that's more than 240 years old," she said. "The thought of it going down or being chain-sawed made me think about poetry and activism … and that's how this project was born."

The Han Shan Poetry Project takes its name from a Chinese hermit poet who wandered through the wilderness, leaving his poems on rocks and trees, during the Tang Dynasty, more than 1,000 ago.

As for Joyce Kilmer, the American writer published his ode to trees in 1913. The closing lines are: "Poems are made by fools like me/But only God can make a tree."

The rush in the air as the tree falls

is the wingbeats of a thousand birds

that have nowhere to rest. It is the sound

The space where the tree stood

is bigger than a poem can hold.

Its death is all the deaths

Every door should have a wreath upon it.

Everyone who walks into the forest

should ink a darkness around his eyes.

Written by Lorna Crozier for the Han Shan Poetry Project 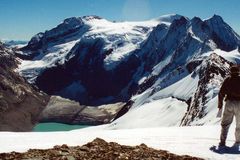 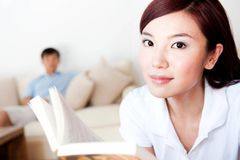 A bin full of reasons to pay heed to Vicwest
December 4, 2012 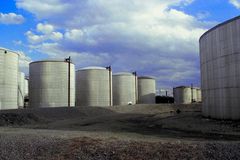