When Marilyn Baptiste learned she was winning this year's Goldman Environmental Prize, she didn't want to go to San Francisco to accept it, doubting the value of a symbolic honour in the tough world where she fights for native rights.

"At first I was, 'No, I'd rather not go there,'" the councillor with the Xeni Gwet'in band said of the $175,000 award given annually to grassroots environmental activists from six continents.

On reflection, she changed her mind, however, deciding to attend the awards ceremony Sunday at the San Francisco Opera House because the prize might help her win support in the battle to protect the Nemiah Valley, in central British Columbia.

"You know in looking at what we are facing going forward, this is a very, very important prize to help create more connections, more allies, more networking," said Ms. Baptiste, a grandmother whose late father led a Xeni Gwet'in protest in the 1980s to stop hydro dams in the Chilcotin region.

She grew up hunting and fishing with her family in the Nemiah Valley where First Nations have long been struggling to protect the environment and their traditional way of life.

The latest battle, and the one that brought Ms. Baptiste the Goldman Prize, was to stop Taseko Mines Ltd.'s plans to turn Fish Lake into a tailings pond for the proposed New Prosperity gold and copper mine.

The mine was rejected by the federal government, but not before Ms. Baptiste had rallied the band to oppose it, at one point setting up a one-woman blockade to stop mining equipment from entering the area.

In a statement, the Goldman Environmental Foundation described her as one of the world's outstanding "environmental heroes" and a fearless grassroots activist who played a key role not only in protests, but also in preparing First Nation submissions to the Canadian Environmental Assessment Agency, which in 2010 ruled against the mine.

Ms. Baptiste said she first went to Fish Lake as a small girl with her father, who was worried because a mining crew had been doing exploratory drilling in the area.

"He took us to Fish Lake and showed us some of the core samples and he brought us to Fish Creek where the waters flow out of Fish Lake … and he showed us where our people used to put fish traps … I will never forget that," she said.

Ms. Baptiste argues that only by protecting the environment can First Nations ensure that they will be able to maintain traditional pursuits.

"We as indigenous people are connected to Mother Earth and are connected to that for all our health and well being … we depend on it for our hunting, our fishing and for gathering medicines," she said.

In an effort to explain her strong opposition to the proposed mine, Ms. Baptiste said had it gone ahead, Fish Lake would have been destroyed and her people would have been disconnected from the land that sustains their culture.

"If you were to [lose] your home in the city," she said, " if you were to be displaced and the food [taken] from your cupboards and the water from your taps and you were left living on the street, it would kill your heart, it would take away all of your life, your will and your being."

Ms. Baptiste said even though the Taseko Mines project has been rejected, threats remain because the company still wants to mine in the area, and other resource projects have been proposed throughout the Chilcotin. 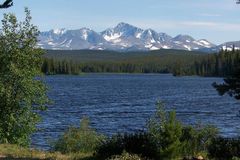 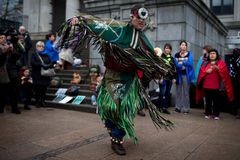