Cardinal Marc Ouellet is a man of the cloth and a deep theological thinker, but he is not above using e-mail. And this week, amid feverish betting reminiscent of the lead-up to the Super Bowl, the Cardinal sent a message to his family back in La Motte, Que.

With all the talk that he is a contender to succeed the resigning Pope Benedict XVI, the 68-year-old Cardinal told those closest to him that the best response was no response. "The coming month will be rather tough, given the novelty of the situation, and speculation is rife," he wrote to his siblings and 90-year-old mother.

Bombarded with interview requests, he chose instead a week-long retreat of "profound silence."

"It's the best preparation," he said, "for what will follow."

This was a characteristic route for Cardinal Ouellet, a man known for both spiritual inquiry and mistrust of the media. And it was equally apt that he turned to his family roots in rural Quebec at a time of turmoil.

He was produced by the village of La Motte, 600 kilometres northwest of Montreal, in rugged Abitibi, whose picture-postcard lakes and forests personify the soul of traditional Quebec. It was here, amid a large and loving family of eight children, that he first felt his calling.

"It was all inside of him," his mother, Graziella, says with a smile from a rocking chair in her lakeside home. "When he wanted something, he was determined."

But it is also here that the hearts and souls of Catholic Quebeckers have slipped from the church's grasp, transforming what was once arguably Canada's most devout province into one of the most secular.

You wouldn't know it to look at La Motte: Its tiny, no-stoplight centre, as in most Quebec villages, is still dominated by a wooden church, its spire soaring above the snow-blanketed fields and farm buildings.

Within its sanctuary, a young Marc Ouellet, in a Catholic family typical of its time, attended mass each Sunday, with siblings and mother and father side by side in their own paid-for pew. Cardinal Ouellet has made regular returns to the Église Saint-Luc.

Yet today that church is just a memory. Two years ago, it became the La Motte Community Centre.

Faced with bills to pay and plummeting attendance, the church was legally handed over to the village; the pews were sold off and the space for confessionals converted into a bar that sells beer for $4.25 and port for $5.

The centre stage has been taken by live shows and religion relegated to the sidelines: The 22-foot-tall taffeta curtain in the back is opened every second Sunday to reveal the original church altar, where an itinerant priest in his 80s gives mass to about 15 to 20 aging parishioners.

And so it goes in Quebec, where Catholic adherence has been in steep decline ever since the Quiet Revolution of the 1960s, when Quebeckers rebelled against the church's dominance over social and political life.

The fate of the Église Saint-Luc serves as a cautionary tale for the church worldwide, confronted with vanishing flocks in onetime strongholds.

"We saved the church by adapting," says Pierre Labrèche, a mop-haired mail carrier and storyteller who also heads the community centre's board of directors. He is placing bistro tables around the former church sanctuary for an upcoming bluegrass concert.

"We're in a society that's more and more secular, and the church has to adapt to new realities to survive," he says. "If we didn't make the changes here, maybe our church would have been turned into condos, maybe it would have been demolished."

Quebec's convulsive changes were already under way by the time Cardinal Ouellet went the opposite way from most of his generation and chose the priesthood, eventually to gain his current prominence as a multilingual, rigorous theologian with a place in the Pope's inner circle.

He had been an athletic, hockey-loving boy who hunted partridge, worked summer jobs fighting forest fires and even enjoyed the company of young women on occasion. He had spent hours fishing with his older brother, Louis, passing a single fishing rod back and forth.

"He always got more fish that I did," Louis says. Cardinal Ouellet has said he was praying while his line was in the water.

Cardinal Ouellet has described the family atmosphere as religious but not especially devout; he was favoured by a grandfather who doted on him. His family also had a bookshelf stocked with encyclopedias, and Marc's father – Pierre Ouellet, a self-taught farmer whose rose to become a financial inspector and director-general of the school board – brought home magazines such as the worldly Paris-Match and Cinémonde.

Young Marc followed world events, and marvelled when John F. Kennedy, a Catholic, was elected to the White House in 1960.

"He was always reading a book," his mother recalls.

But the future cardinal's road to Damascus began on an outdoor hockey rink in the Abitibi town of Cadillac, when during a friendly match the 17-year-old's skate got caught in a crack on the ice.

"My brother was the star of our team. He was a good scorer. When he fell to the ice, we knew it was over," recalls his younger brother, Roch. "As soon as he took off his skate, his leg swelled right up. We could tell it was broken."

During his convalescence, the injured player began to read Saint-Thérèse of Lisieux, to pray and to contemplate. "There was a calling. A search for meaning," he told the newspaper Le Soleil in 2005. "I wanted to give my life to something important. And faith had always been part of my world."

According to Roch, "Papa wasn't too keen on the idea of Marc becoming a priest" – until Marc, still a teenager, worked up his courage and told Pierre that his choice was irrevocable.

He was ordained in 1968 in the Église Saint-Luc, and that year, as Quebeckers were abandoning the church in droves and counterculture fervour gripped capitals around the world, he became vicar of the St. Sauveur church in Val d'Or, about an hour's drive away from La Motte.

His ministry work included the church choir, catechism in local elementary schools, and boat trips for youngsters on local waterways. It was short-lived, but his stint put him in direct contact with ordinary people's daily problems.

"Things were already changing. We had long hair, and the church was becoming less popular," recalls Rénald Perron, who was then a 12-year-old in the choir. "But [then-Rev. Ouellet] let it go, so that we'd stick around. There was a pool table in the presbytery, and he let us play there. He was young and easy to approach, and was a good listener. We adored him."

Then, nearly as suddenly as he appeared, Rev. Ouellet was gone. In 1970, the year Quebec went through the upheaval of the October Crisis, he left the province to teach in a seminary in South America – experience that now looks good on his papal résumé and launched his ascent through the Catholic hierarchy.

He returned to Canada on and off, but by the time he became Archbishop of Quebec City in the 2000s, his conservative views had put him on a collision course with secular Quebec.

In 2010, when he called abortion a moral crime even in the case of rape, a deluge of condemnation poured down from politicians, women's groups and media commentators, one of whom likened the Catholic primate to an Iranian imam.

Some church observers say the Cardinal's long absences from Quebec put him out of touch with his home province. Even most of his siblings have followed the majority and abandoned religious practice.

"We're a close-knit family and we love one another. My brother is a believer and a man of immense faith. I respect that," says Roch, a retired school-board manager whose picture windows open up onto birds feeders spread amid a stand of trees.

"I think he's nostalgic for the days of Catholic fervour that once existed in Quebec. But, like it or not, that's not the reality any more. Not just for me, but for all Quebeckers. And I hope we don't return to a time when religion ruled our lives. I want my freedom."

Cardinal Ouellet still returns twice a year to La Motte to see friends and family (all but one sibling live in the village, including a younger brother, Paul, who was convicted in 2009 of sexual assault involving two minors).

On his low-key visits, Cardinal Ouellet follows the winding lakeside road that leads to the family homes clustered together on the bucolic shores of Lac La Motte, where a neatly made bed awaits in the basement of his sister Monique's home.

On a day in February, the drive through La Motte passes farmers' fields so dazzlingly white it feels like plowing through a box of Tide. Homes are few and far between – some of the local men are off working in the mines, and when schoolchildren are in class, the only sound around is the scrunch of snow underfoot.

The silence won't last long: The family has already been warned to expect satellite TV trucks parked on the country road by their homes during the papal conclave in Rome next month.

So far, however, most of the Ouellets seem an open and welcoming family. In her sitting room, Graziella, her face luminous and crowned by white hair, patiently answers a reporter's questions.

Is her son up to the task of being pope?

"He is a deep man and very pious."

Does she think it's a real possibility?

And is there a message she would like to send the world about him?

"Wish him luck," she says with a kind smile.

Looking at modern La Motte, it is easy to agree he'll need it.

Will there be a Vatican III soon? Don’t hold your breath
February 16, 2013 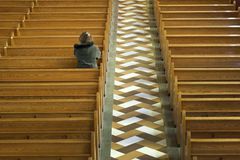 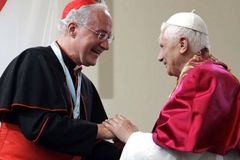 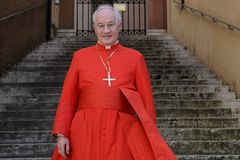 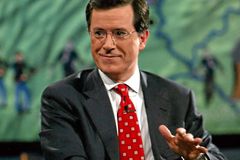 What if the next Pope is Canadian?
February 11, 2013
Follow Ingrid Peritz on Twitter @iperitz
Report an error Editorial code of conduct
Due to technical reasons, we have temporarily removed commenting from our articles. We hope to have this fixed soon. Thank you for your patience. If you are looking to give feedback on our new site, please send it along to feedback@globeandmail.com. If you want to write a letter to the editor, please forward to letters@globeandmail.com.
Comments