The Canadian Forces are planning to deploy new tools to curb suicide attempts among their members, as the military confronts a persistent rise in the number of soldiers who have taken their lives since the country's combat operations intensified in Afghanistan a decade ago.

The increased suicide rate in the army has alarmed some military leaders, because historically, soldiers have killed themselves less frequently than the Canadian male population. New research released Wednesday from the Surgeon-General, the military's top medical official, shows that since 2002, the rate of suicide among regular-force men in the army stands at 34 per 100,000, compared with 13 for the navy and air force combined. Those in combat-arms trades, such as the infantry and armoured corps, are the most at risk.

A continuing Globe and Mail investigation has found that at least 71 soldiers and veterans have taken their lives after deploying on the Afghanistan operation. Canada lost 158 service members on the mission, which ended in 2014 and was the country's longest military operation. Six of the 158 took their own lives in theatre.

While the Forces had long maintained there was no clear link between overseas missions and deaths by suicide, the latest analysis reveals deployment has been emerging as a risk factor for suicide since 2010. Other stresses were at play, too, including depression and post-traumatic stress, relationship strife, addictions and debt.

The mounting suicide toll has forced the military to re-examine its mental-health programs and suicide-prevention efforts. The Forces have asked the Canadian Psychiatric Association to create guidelines for dealing with suicidal patients.

Expected in the next few months, the guidelines will outline tools for mental-health workers to use to address suicide risk and potentially prevent further lives lost. Measures could include developing a safety plan that incorporates personal contacts for soldiers to reach out to in times of crisis and photos and music that remind soldiers of meaningful people and moments in their life.

"We are looking at many different ways of trying to better understand this problem and to find solutions," said Colonel Andrew Downes, the military's directorate of mental health. "The vast majority of Canadian Forces members are healthy and doing well, but an important minority of people are struggling with mental illnesses."

Col. Downes said the Forces want to reduce military suicides to as close to zero as possible. But the suicide problem is much broader than what is reported in the Forces' statistics, which do not include former soldiers.

Suicides among veterans are not yet regularly tracked in Canada and won't be until late 2017, even though a landmark study released in 2011 uncovered that ex-members make up the lion's share of military suicides in Canada. The Statistics Canada study, done with Veterans Affairs and National Defence, revealed that 78 per cent of 934 military suicides documented from 1972 to the end of 2006 involved vets.

National Defence and Veterans Affairs are working on a suicide-prevention strategy, mandated by Prime Minister Justin Trudeau last year, two weeks after The Globe's initial investigation on suicides of soldiers who had served on the Afghanistan mission. An expert panel, whose members have not been disclosed, is currently evaluating the Forces' mental-health programs and suicide-prevention efforts to determine whether improvements are needed. The last review was done in 2009 and led to 59 recommendations.

As part of its investigation, The Globe published earlier this month stories of 31 service members and veterans who killed themselves after returning from their Afghanistan deployment. The accounts, provided by families and close friends, offer the most comprehensive public record of Canada's Afghanistan war veterans lost to suicide. They also expose several serious flaws in the military's health system and government policies intended to support ill and wounded soldiers.

The Globe's probe found that 12 of the 31 fallen took their lives within two years of returning from their last Afghanistan tour, raising questions about the post-deployment health screening process. A dozen had also attempted or threatened to end their life at least once before they died.

Participation in the Task Force 1-10 deployment surfaced most often among the 31 suicides. Nine took part in that 2010 Kandahar rotation, which ran from February to the fall of that year. Their deaths would be part of the emerging deployment risk factor in suicides that was noted in the latest Forces' analysis.

The fallen from the 2010 rotation include endurance runner Captain Linden Mason, medic Master Corporal Denis Demers and father of four, MCpl. Chris Carson, who died by suicide this year. But they also include soldiers not counted in the military study because they were reservists: Corporals Justin Stark, Joshua Wood and Camilo Sanhueza-Martinez.

The suicide-report authors are calling for more study to better understand what deployment factors may be contributing to soldiers taking their own lives. Between 2002 and 2015, 161 regular force men died by suicide. It's unclear how many of them deployed on overseas tours.

Col. Rakesh Jetly, senior military psychiatrist and mental health clinical adviser to the Surgeon-General, said the Forces' health system is looking at changing how it responds to soldiers who have attempted to end their lives or who are seriously contemplating suicide. He said the focus to date has been treating the underlying cause, such as depression, PTSD or substance abuse, but evolving practices suggest risk of suicide needs to be addressed head-on as well.

"When a suicide attempt occurs, or even ideation becomes stronger, there may be a specific need to focus on suicidality for a while … and maybe less emphasis on the underlying illness," Col. Jetly noted.

Other measures being explored include psychotherapy techniques for suicide prevention and ketamine, an injectable anesthetic that may reduce suicidal thoughts, Col. Jetly said. 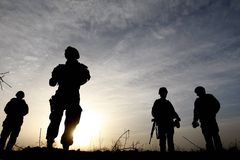 Investigation reveals 54 Canadian soldiers died by suicide after war in Afghanistan
October 30, 2015
Follow Renata D’Aliesio on Twitter @renatadaliesio
Report an error Editorial code of conduct
Due to technical reasons, we have temporarily removed commenting from our articles. We hope to have this fixed soon. Thank you for your patience. If you are looking to give feedback on our new site, please send it along to feedback@globeandmail.com. If you want to write a letter to the editor, please forward to letters@globeandmail.com.
Comments