A high-ranking hospital executive overseeing a massive redevelopment project enlisted five of the hospital's contractors to help renovate and decorate her custom-built home, doled out work to her friends and family, and became a paid consultant to one of the vendors, a forensic audit found.

The findings led Markham Stouffville Hospital to obtain court orders for several banks to hand over financial records for Suman Bahl, the former vice-president of capital development and corporate services, as well as companies linked to her friends and family.

Documents filed in the Ontario Superior Court of Justice in connection with the orders shed light on why the hospital terminated Ms. Bahl's employment in October. Markham Stouffville says in the documents that it has evidence Ms. Bahl abused her position and broke its rules governing ethics and conflicts of interest by awarding contracts to family members and friends and hiring hospital contractors to work on her home, including two who gave her a break on prices.

Internal investigations at three Toronto-area hospitals – St. Michael's Hospital, St. Joseph Health Centre and Markham Stouffville Hospital – have identified a network of health-care officials who have frequently worked alongside each other. At the centre of the probes are Ms. Bahl and Vas Georgiou, two veteran hospital executives whose careers have intersected over the past 25 years and who have been accused of violating conflict-of-interest policies.

A Globe and Mail investigation last year into the St. Michael's Hospital expansion found alleged conflicts of interests between those responsible for awarding contracts and the successful bidders. The Globe series led to dismissals and four investigations at public agencies in the province. It also resulted in the discovery of similar potential conflicts of interest and questionable spending practices in the hospital construction project in Markham.

In November, St. Michael's Hospital fired Mr. Georgiou, who was the senior executive overseeing its redevelopment, after the Globe investigation found he had commercial ties to the president of the construction company awarded the contract. Ms. Bahl left St. Joseph's to oversee the $400-million redevelopment of Markham Stouffville in 2007 and four of her staffers eventually followed her. All four left Markham Stouffville after the internal investigation into Ms. Bahl.

At Markham Stouffville, Ms. Bahl approved invoices from two flooring companies controlled by her husband as well as window-covering companies controlled by her uncle and his sister without formally declaring a conflict of interest, forensic investigators allege in the court documents. During her job interview before she joined Markham Stouffville, Ms. Bahl said her husband had done work for the hospital, according to the documents, but she provided no additional or written disclosure.

Ms. Bahl's lawyer, Travis Walker, e-mailed a statement on her behalf, saying his client "unequivocally" denies any impropriety on her part and at no time used her position at the hospital for personal gain. "Any potential conflict of interest was disclosed to Senior Management," he said, "and no concerns were ever raised with Ms. Bahl." He later declined to elaborate.

Markham Stouffville hired forensic accounting firm Deloitte in September to probe activities related to the redevelopment after the hospital received a complaint from a whistleblower who came forward following reports in The Globe on internal investigations at St. Michael's and St. Joseph's Health Centre.

The hospital, which serves the fast-growing communities of Markham and Stouffville north of Toronto, sought access to bank records – including deposits, withdrawals and transfers – for Ms. Bahl and companies controlled by her husband, Bojidar Danef, her late uncle, Steve Peralta, and Mr. Peralta's sister, Sandra Thompson. The hospital also sought bank records for a furniture consulting company controlled by Noreen and Michael Bevan, described by the auditors as Ms. Bahl's "close personal friends." During the redevelopment, Ms. Bahl approved invoices for Bevan Consulting Inc., and also did some work for the company. Markham Stouffville's CEO at the time approved the dual roles.

A judge granted the court orders in November compelling the financial institutions to hand over the banking records. After reviewing the records, the hospital found that Ms. Bahl received "some potential benefits" related to favourable pricing for work done on her home, spokeswoman Lisa Joyce told The Globe. However, she said, the hospital could not quantify the benefits and no legal action was taken against Ms. Bahl.

Mr. Walker said the hospital's investigation of Ms. Bahl was "devoid of procedural fairness." All work done on her home by hospital contractors, he said, was competitively priced. "There was never any personal advantage sought or obtained by Ms. Bahl."

At the same time Ms. Bahl presided over the redevelopment between 2010 and 2014, the court documents show, contractors worked on the construction of her five-bedroom, 6,480-square-foot home, supplying electrical wiring, washroom fixtures, art work for the indoor pool room – and 24 loads of fill moved from the hospital site to her sprawling property.

Deloitte auditors discovered internal e-mails showing that Ms. Bahl corresponded with hospital contractors and negotiated prices for the work on her home. The subject line on one e-mail is "Other Project." In another e-mail, the documents show, she asks the contractor to remove the words "Private Residence" from two invoices.

However, Ms. Bahl denied that she had anything to do with the contractors for the work on her home, according to a transcript of her interview with Deloitte partner Robert Fowlie that was filed in court.

"I never took care of my house dealings; my husband did that," she said.

The documents contain two instances where contractors that were working on the hospital project reduced their rates for work on the home on Glen Hill Trail, a cul-de-sac in Stouffville. An art gallery reduced by half the $1,200 cost of delivering and installing a mural and 15 custom-framed prints. An excavating company charged $1,000 for the 24 loads of fill – the cost of using its equipment to transport the material from the hospital to her home and "something for my guys," the contractor says in an e-mail. "Great deal. Thanks!" Ms. Bahl responds.

Deloitte said the company provided "grading services over two days, for which she paid an 'at cost' rate or less without taxes."

On the hospital redevelopment, the documents show, Ms. Bahl approved the following invoices for work done by her family and friends: $26,020 from BJ Quality Flooring and Euro Echange, which are both owned by her husband; $120,000 from Permont Installers Ltd., co-owned by her late uncle; $53,000 from his sister's company, SNA Industries Ltd., and $309,000 for services related to furniture supplied by Bevan Consulting.

Permont president Douglas Montgomery told The Globe he was not aware that his former business partner, Mr. Peralta, was related to Ms. Bahl.

Hospital invoices obtained by The Globe through a Freedom of Information request show that Ms. Bahl approved two invoices for SNA after she signed an internal letter on Jan. 22, 2015, explicitly acknowledging her duty to "promptly report any potential or actual conflicts to the president and CEO."

As for Ms. Bahl and Ms. Bevan, they "regularly engaged in social activities," Deloitte alleges. Ms. Bahl dined at the Bevans' home, the two women once went to the Canadian National Exhibition, travelled to Chicago, and their families celebrated Easter together one year, the report says.

Ms. Bevan disputes that characterization. A copy of Ms. Bahl's calendar filed in court shows she accepted a dinner invitation at the Bevans'. But Ms. Bevan said in an e-mail to The Globe that Ms. Bahl has never been a dinner guest at her home. The two went to Chicago, she said, for a trade show. "I have had a professional business relationship that has included on occasion some personal annual family events," she said.

Ms. Bahl awarded a sole-sourced contract to the Bevans' company for work on the Markham Stouffville redevelopment without going through a competitive tendering process, the auditors allege. She began working for Bevan Consulting in June, 2014, earning $150 an hour while still serving as a senior executive at Markham Stouffville and being paid an annual salary of $210,000. Former Markham Stouffville CEO Janet Beed told Deloitte she approved the move to help Ms. Bahl, whose workload had decreased, "stay engaged" until she was promoted to vice-president of capital development, the court documents show. Ms. Beed did not respond to numerous requests for comment from The Globe.

Ms. Bevan told The Globe her company was working on the St. Michael's Hospital redevelopment and she approached Ms. Bahl for "her expertise in reviewing drawings and specifications for furniture." Ms. Bahl worked 18.4 hours for Bevan Consulting while at Markham Stouffville, all on her own time, and was paid $2,760, Ms. Bevan said.

Bevan Consulting has posted a testimonial on its website from Ms. Bahl in her capacity as a hospital executive, saying the company "was very intuitive of the complex needs and requirements of a hospital environment" during the redevelopment of Markham Stouffville.

When Markham Stouffville launched its investigation into Ms. Bahl, the hospital placed her on leave on Sept. 17 and seized her hospital iPhone, the documents show. But when an IT staffer powered up the device four days later in anticipation of handing it over to the auditors, "the phone made three beeps" and the staffer noticed "a bar moving across the screen." The phone's entire contents had been remotely erased.

Suspicion immediately turned to Ms. Bahl, with the hospital accusing her of attempting to thwart its investigation. Ms. Bahl denied any knowledge of the deletion of the contents of her iPhone. But the fact that this required a password only she knew, Deloitte argues, "indicates strongly that Suman deliberately remotely erased her company iPhone's contents to prevent evidence of her wrongdoing from being found." 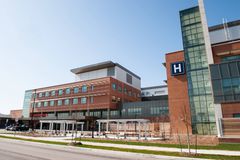 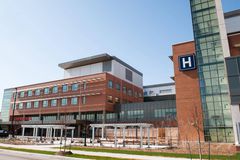 investigation
St. Michael’s Hospital fires senior executive who was implicated in York University fraud
November 13, 2015
Follow Karen Howlett, Greg McArthur and Robyn Doolittle on Twitter @kahowlett @McarthurGreg @robyndoolittle
Report an error Editorial code of conduct
Due to technical reasons, we have temporarily removed commenting from our articles. We hope to have this fixed soon. Thank you for your patience. If you are looking to give feedback on our new site, please send it along to feedback@globeandmail.com. If you want to write a letter to the editor, please forward to letters@globeandmail.com.
Comments are closed