At least eight Afghanistan war veterans lost to suicide spent time in a casualty support unit created during the mission to help heal an influx of mentally ill and wounded soldiers, a Globe and Mail investigation reveals. One other soldier, Corporal Tony Reed, took his life the very day he learned he was going to be sent to the unit, his parents said.

The Joint Personnel Support Unit, which was created in 2008 and has long been criticized for lacking sufficient staff, resources and training, is often a military member's last stop before release from the Canadian Forces. The military has never disclosed how many JPSU members have taken their lives.

The suicides of these nine Afghanistan war veterans, which were among 31 examined by The Globe, underscore the extreme vulnerability of some soldiers in the JPSU and reinforce calls to fix the ailing casualty support program, which has been under review for more than a year.

Read more: The Unremembered: Honours delayed for veterans and soldiers who are dying by suicide

A new commander, Brigadier-General Dave Corbould, was put in place in August and he said changes are under way. His sole job is overseeing the JPSU, whereas previous commanders had other responsibilities.

"I've asked for a complete review of all the policies that we have within the JPSU structure," Brigadier-General Corbould said. "One of my concerns is that while we mandate [suicide-prevention] training, we need to make sure that we are resourced to do that training and understand what is appropriate training."

The JPSU, which includes 24 support centres at bases and wings across the country, offers programs and administrative support to soldiers who can't fulfill their regular duties for at least six months because of a medical condition. The unit's mandate is to help these soldiers return to their military careers or train them for new civilian jobs and smooth their transition out of the Forces. The JPSU does not offer medical care, but connects members with health and social services and veterans' benefits.

The Globe's examination of the eight Afghanistan war veterans who spent time in the unit, and the one who was slated to head there, reveals all but one had been diagnosed with post-traumatic stress disorder, while family members are uncertain of whether a diagnosis was made in the other case. Some of the soldiers were also suffering with depression, alcohol abuse and serious physical injuries.

Details of their time in the JPSU come from family members, military employment records and, in some cases, reports from military inquiries and a fatality review. Three of the nine were posted to the JPSU at CFB Edmonton, while the others were at Gagetown in New Brunswick, Valcartier in Quebec, and bases in Ottawa and Kingston. Cpl. Reed would have been sent to the JPSU in Petawawa, Ont.

For some, their time in the JPSU did not help them recover or prepare them for life after the military. The unit also left some soldiers feeling isolated.

That was the case for long-time infantryman, Sergeant Paul Martin, who was based at CFB Gagetown. A board of inquiry examining his 2011 suicide found that he viewed his JPSU posting "as a stab in the back" and it "left him feeling abandoned by his home unit." Sgt. Martin, a married father of two girls, had deployed four times to the former Yugoslavia and once to Afghanistan and was being treated for PTSD.

Corporal Shaun Collins had threatened to take his life four times in less than a year when he was transferred to the JPSU in Edmonton. Yet, key people at the support unit were not around to meet with him on his first day. A veteran of two Afghanistan tours, the 27-year-old left the JPSU in frustration and went drinking at a bar on base. He hanged himself that night in a military cell, after he was arrested for alleged impaired driving. He died in a hospital two days later, on March 11, 2011.

Master Corporal Charles Matiru deployed four times to Afghanistan, first with the infantry and then with an intelligence unit. Diagnosed with PTSD and struggling with an alcohol addiction, he was transferred to a JPSU sub-unit in Kingston. An inquiry into his suicide found that JPSU staff did not provide adequate supervision of MCpl. Matiru, who often signed in at the front desk and then left. Staff also had not received suicide-awareness training, the inquiry report noted. MCpl. Matiru, who was expecting his first child, took his life on Jan. 15, 2013.

Retired Sergeant Ron Anderson's last stop before his release was the JPSU at CFB Gagetown. He was in the unit from October, 2011, to May, 2013, but his father believes his time there did more harm than good. According to Sgt. Martin's inquiry report, JPSU-posted soldiers in Gagetown were expected to call in only once a week and show up in person once a month back then.

"They sent him home. This is their solution? Three years, he spent drunk in the basement," said his father, Peter Anderson. His mother, Maureen Anderson, a retired nurse, added: "I think that's the worst thing they can do, send these guys home."

The retired sergeant ended his life on Feb. 24, 2014, less than a year after his discharge from the military. Because he was no longer in the army, no inquiry was held in his death.

General Jonathan Vance, the Chief of the Defence Staff, has pledged to fix the JPSU. An internal examination of the unit, which he ordered last year, echoed findings from previous reviews – the support centres have too few staff and resources to properly aid vulnerable soldiers.

The probe found that there were "substantial stresses evident throughout the system" that have fuelled employee burnout at the JPSU and a high turnover of staff at a time when the number of ill and wounded members in the unit has swelled to more than 1,500. Most are dealing with mental-health issues, such as PTSD and severe depression.

Since taking over the unit, Brig-Gen. Corbould visited all of the support centres to talk with staff, commanders and ill soldiers. He said he wants to improve the connection between JPSU members and their former units, so that soldiers don't feel abandoned. He also wants to better understand why most JPSU-posted soldiers are released from the military instead of returning to work. That reality has caused many military members to view the JPSU as a career-ender.

"That's a stigma we're trying to change," Brig.-Gen. Corbould said. "We're equally puzzled with the statistics," he added. "Anecdotally, we think it's because we're not getting to some of our ill and injured members early enough, so that they can properly focus on their healing."

Understaffing remains an issue. As of October, about 50 of 457 JPSU positions were unfilled. The military is working to fill those vacancies, Brig.-Gen. General Corbould said.

Canadian Forces Ombudsman Gary Walbourne, who has been critical of the JPSU in the past, said he is monitoring progress at the support unit and is encouraged by the changes.

"I think the JPSU is going to be a better machine when we come out of this last rendition," the ombudsman said.

With reports from Les Perreaux and Allan Maki

Remembering 31 Canadian Afghanistan war veterans lost to suicide
November 3, 2016
Where to get mental-health help in Canada
November 3, 2016
Behind the story: How The Globe set out to commemorate Afghanistan war veterans lost to suicide
January 9, 2020
Suicide toll reveals how system failed Canada's soldiers and veterans
November 4, 2016 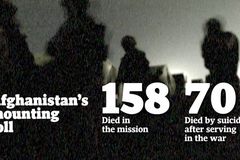 Honours delayed for veterans and soldiers who are dying by suicide
November 4, 2016
Ottawa lacks urgency dealing with suicide crisis: veterans advocate
November 4, 2016
Living with PTSD: How one of Canada’s first troops in Afghanistan learned to take control
November 3, 2016 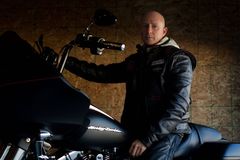 Living with PTSD: After moving far from his former base, a veteran found sanctuary and healing
November 3, 2016 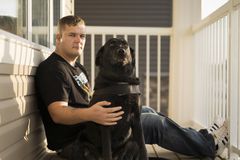 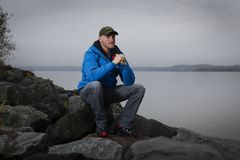 Living with PTSD: How a third-generation soldier left the black hole for a fishing hole
November 3, 2016 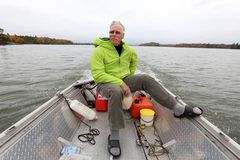